Shlomo Artzi is one of Israel’s most successful and popular male singers, and his most recent shows hit the road with an ongoing lighting design by Gadi Spivak who has worked for the artist for over 20 years.

Gadi and his lighting associate Shlomit Lola Nehama chose to use 24 x Robe Spiider LED wash beams for a key element of his lighting rig. 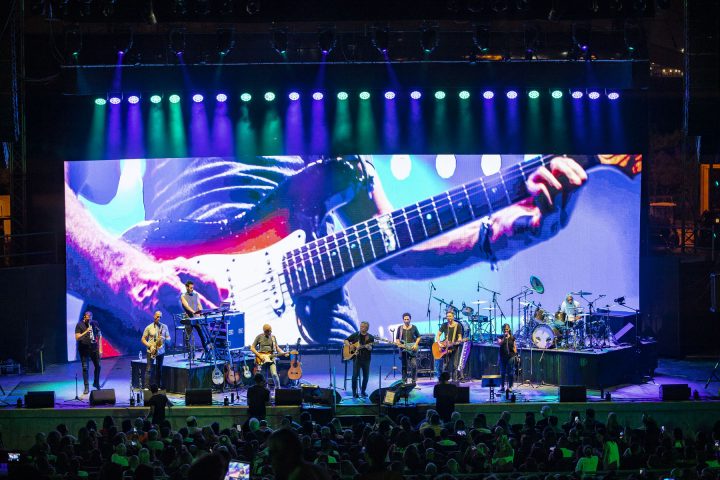 This stage design was originated for the show around 2 years ago and has been modified and evolved as Shlomo has continued playing constantly – he is always in demand and will sell out any venue.

The most important aspect of the Spiiders for Gadi is the colour mixing. “I wanted a really bright light source with smooth movement and refined CMY colour mixing … and all these features I find in the Spiider,” he stated.

He also loves the central flower effect of the Spiider.

The 24 fixtures were all hung on a semi-circular truss just downstage of a large 6mm pitch video screen, which is usually around 16 metres wide and 5 metres tall and is also in a gentle arc shape. The overall look of the show is slick and ‘televisual’, with the screen, video content and IMAG mix prominent and present throughout the set. The Spiiders are used for washing the mid-stage area in front, where the band are positioned and for back lighting them and Shlomo.

The band set up, including famous drummer Meir Israel, also mimics the curve. The lights needed to be bright enough to complete with the ambient lighting coming from the LED wall and still have an impact.

At times, Gadi also shoots them out into the audience for great effect.

The show and lighting designs are very flexible to suite a diversity of venues both indoor and outdoor, allowing them to scale between 1,000 and 10,000 capacities. The stage set up can go higher and wider to suit.

There is no setlist, and while there are several favourites that will always be played, this element of randomness keeps everyone on their toes, and Gadi operates the console completely ‘live’ each night, and the video department also follow this MO. 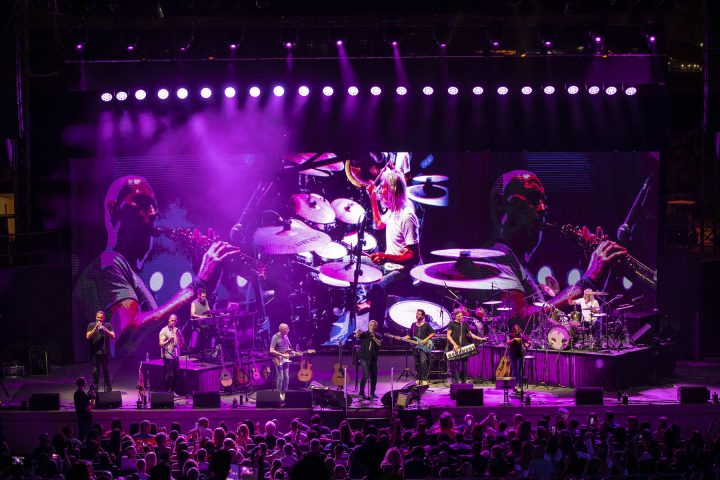 This means that the artist can react to the crowd and tailor his set to the vibe of the evening. He has an extensive back catalogue from which to choose which Gadi also knows back to front!

Gadi has used Robe in his work for some time. The LEDWash 600 was the first Robe fixture that caught his eye, so when the Spiider was launched he started using that regularly as well.

There were also two Robe MegaPointes on the front truss for key lighting Shlomo, who frequently advances ideas for his stage presentation which are implemented where possible by his production team.

Gadi operates the show using a grandMA2 console and likes the truly live and organic nature of the show, which keeps things interesting and different. “You never know quite what to expect,” he says; even after such a long working relationship with Shlomo there is an element of surprise every night when he steps onto stage.

The lighting equipment for the tour was supplied by Simul. The playback video was operated by Oren Gabay and the live camera director was Yaron Shilon.