From the experienced musician and producer Iñaki, to the newcomer Ingrid Löw and the globetrotting duo Mariella Venero, there is an increasing number of artists who take advantage of the versatility and portability of the Bose S1 Pro loudspeaker to make their music and voices heard clearly and powerfully whether on stage, performing in a bar or cafe, working in the recording studio or even busking on the streets of Mexico City.

The innovative, portable S1 Pro is a multipurpose loudspeaker suited for a wide variety of professional applications and can be used seamlessly as a main speaker on a simple setup, a floor monitor, an amplifier for rehearsals or even a P.A. system. 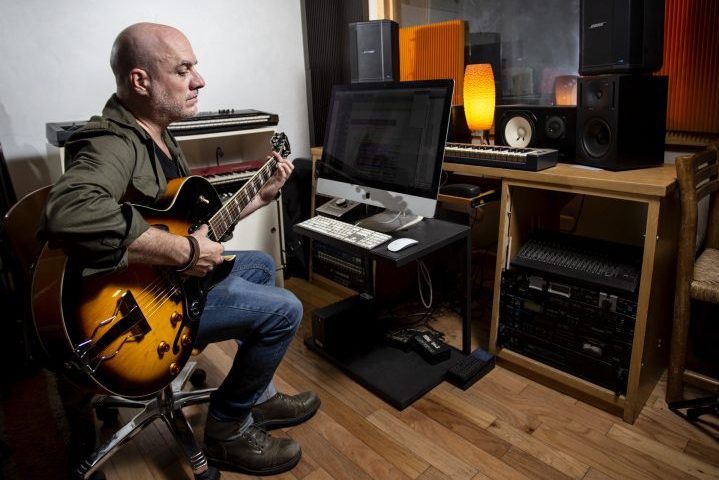 With over 32 years of experience in the Mexican rock scene, Iñaki is a renowned musician who alternates his professional career on stage playing keyboards for the bands Fobia, Moderatto and Gran Sur, as well as working inside the recording studio as music producer and audio post-producer for movie studios. The relationship between Iñaki and the Bose S1 Pro is a clear example of how versatile the system truly is, since he tends to use it in a variety of ways depending on the project or task at hand.

When touring with Fobia, a 30-year-old band known for performing at massive concerts in large venues, Iñaki uses the Bose S1 Pro as a monitor for his keyboards. If they’re playing on a big stage, the speakers are placed as floor monitors; in a smaller venue, though, they are situated a bit higher, at keyboard level, just as he would use them in his studio. The signal comes from Iñaki’s mixer, then to the hall console and back to the S1 Pro. “Thanks to the S1 Pro, I can easily hear the whole frequency range and especially the piano’s deeper notes. I’m quite fond of using the S1 Pro in this way, because it lets me take off the in-ear headphones and listen closely not only to my mix, but also the audience singing and cheering,” says Iñaki.

With Gran Sur, a rock band infused with upbeat Latin sounds, Iñaki and his groupmates play more intimate gigs at bars or cafes. In these cases, the Bose S1 Pro acts as the main speaker. “We employ the Bose S1 Pro speakers for voices and instruments in tandem with some small amplifiers; on these gigs we don’t need any technical support, and the whole setup process is fairly simple. These systems make it easier to perform live and give Gran Sur the ability to sound the way it should: just like on the album.”

After his experience using the S1 Pro loudspeaker both on the stage and at some rehearsals, Iñaki tried working with them as studio monitors. “They sound great and are perfect to record bass and guitar or just enjoy the final mix,” adds Iñaki.

The energy needed to turn the streets into a stage 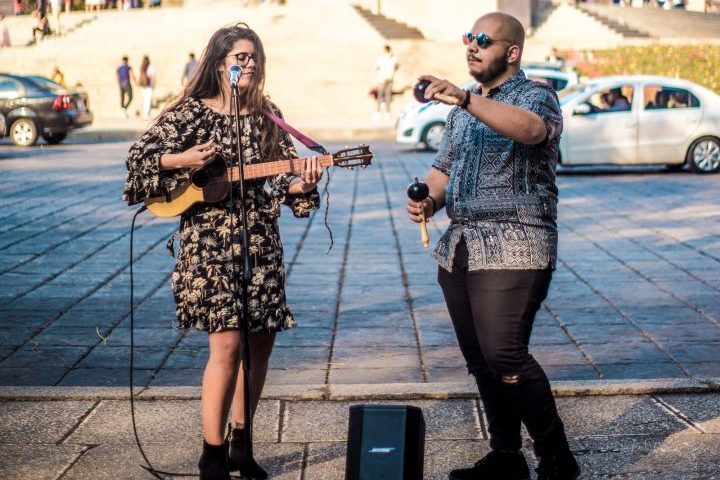 Mariella and Alcides, the young musicians who make up the Mariella Venero duo, mix together some world music rhythms with traditional Venezuelan instruments to create a brand new musical concept where they take their home’s spirit to any stage. Their restlessness takes them to a wide range of venues, from cultural festivals to smaller bars and cafes. But their energy is so potent that they’ll sometimes grab their gear – including a Bose S1 Pro – and go outside to play at several public squares throughout Mexico City. Thanks to the integrated rechargeable battery, the S1 Pro can be used for many hours and give these artists the freedom of movement they need to play an improvised concert in one of the city’s busiest streets, or spend some time practicing whenever they feel like it.

“On tours, the Bose S1 Pro travels along with us as a carry-on baggage… It gives us so much freedom of movement, and we love the rechargeable battery!” explains Mariella, the duo’s singer and composer.

The perfect companion for a solo artist 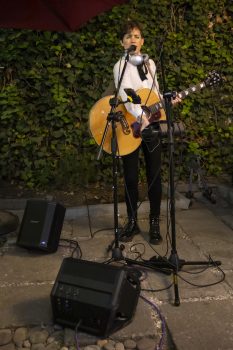 The young Mexican singer-songwriter Ingrid Löw is an avid and experienced user of the S1 Pro, as she’s had one ever since the system’s launch. Ingrid’s time is divided between the preparations for her debut EP Moonlight, some light rehearsals and small gigs at different restaurants and other cozy places in the city’s trendy neighborhoods. As a solo act, Ingrid values the S1 Pro loudspeaker’s light and compact form factor, as well as its connectivity options, since she usually occupies both XLR inputs for her microphone and guitar, and the Bluetooth aux to connect her smartphone wirelessly and play backing tracks to complement her voice.

Known for her unique music style that blends folk, blues and soul all into one, Ingrid is very sought-after for weddings and other private events that almost always take place in a garden or dancehall on the city’s outskirts. She takes her Bose S1 Pro along and uses it as the main speaker or a floor monitor whenever she needs to hook into a larger sound system. “The Bose S1 Pro is my go-to portable system. I find it very comfortable and easy to use, whether it be as a monitor, while practicing or even when playing for a reduced audience in a smaller venue,” notes Ingrid.