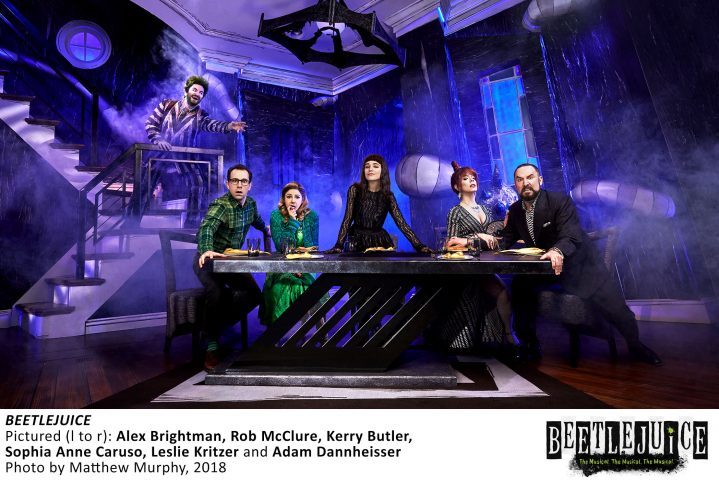 Posner has many notable credits on Broadway, Off-Broadway and in American regional theatre. He was the lighting designer for two of the most highly-regarded musicals of our time, Wicked and Hairspray.

Posner’s use of Ayrton’s Mistral on Beetlejuice marked his first deployment of Ayrton fixtures. His associate lighting designer, Anthony Pearson, and moving light programmer, David Arch, collaborated in the decision to use the 300W spot luminaires after ACT Lighting, Ayrton’s exclusive North American distributor, demo’d the fixtures for them.

“For its compact size Mistral is a very diverse and bright fixture,” says Posner. “I was especially enthusiastic about its size since the fixtures are built into the scenery, in the interior of the house where the majority of Beetlejuice is performed.”

Eight to ten Mistral fixtures light the entire large scenic unit while additional Mistrals fill in FOH in the light plot. “Mistral solved the power limitations we had,” Posner notes. “Using an arc source was not an option due to electrical requirements. I also liked Mistral’s great colour mixing and customized templates.” 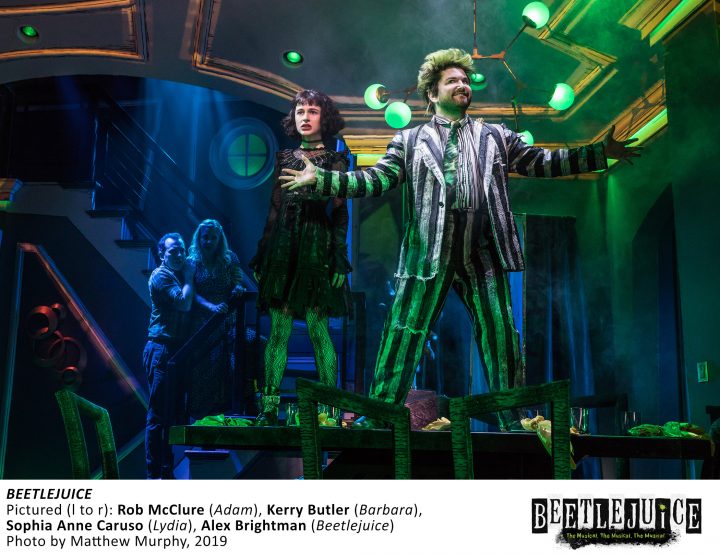 Posner reports that Mistral has become ‘a reliable fixture’ for Beetlejuice where there have been no equipment failures. “The Mistrals have held up really well even though they’re subject to some rough treatment: the scenic unit they are in tracks up and down the stage with some speed,” he reports. The Mistrals were supplied for the musical by PRG.

For the Manhattan Theatre Club’s production of Long Lost, Posner chose a pair of Ayrton Diablo-S 300 W profile luminaires especially designed for stage applications. The scenic design by John Lee Beatty comprised of three turn tables which transformed the space into five different realistic interiors. Posner found the Diablo-S units to be “the right tool for helping to change the lighting for each location. Given its compact size, the variety we could get from the fixture was great. The colour mixing, template indexing and quality of the edge are all very good. The shuttering was accurate and consistent.”