Widely heralded as one of America’s premier music and arts festivals, Outside Lands has been staged every August since 2008 in San Francisco’s expansive Golden Gate Park. Since the event’s inception, audio for the “Lands End” main stage has been delivered through a Meyer Sound system as supplied by legendary Bay Area rental company UltraSound. Also, 2019 marked the eighth time UltraSound has deployed a LEO® Family line array system to support the headline acts, which this year included Paul Simon, Childish Gambino and Twenty One Pilots. 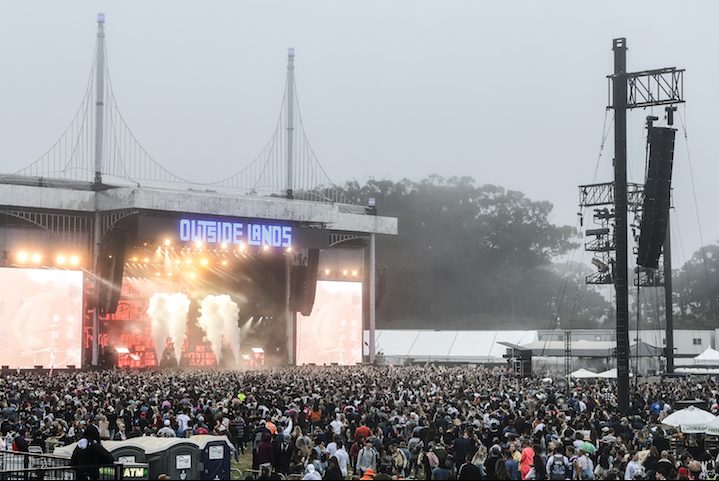 This twelve-year run at Lands End underscores the close working relationship the sound providers have forged with the festival’s promoters, Another Planet Entertainment and Superfly.

“It’s a relationship that goes back to the beginning of Outside Lands,” says UltraSound Director of Operations Josh Osmond. “Since this event is held right in the backyard for both our company and Meyer Sound, it just makes sense. It’s been a no-brainer for us all the way around.”

Speaking on behalf of Another Planet Entertainment, Production Director Mary Conde notes, “In the beginning, when we were carving out roles and responsibilities for vendors, I was insistent on using UltraSound and Meyer for the main stage. We knew that the quality had to be there, it could not fail, and it had to be great from the first note to the last. I’m happy we made that decision, and every year it just gets better.”

Prior to this year’s event, the promoters held several community meetings to address concerns about sound bleed into adjacent residential neighborhoods. As a result, the LEO Family system at Lands End was reconfigured to maintain uniformly high levels across the audience area while better confining broadband sound within the festival boundaries. The main front arrays of, per side, 13 LEO over three LYON™-W line array loudspeakers were boosted by two sets of largely down-firing delays. The near set comprised three towers, each with 11 LEO over three LYON-W loudspeakers; the far delay system had two towers, each with six LYON-M over six LEOPARD™ loudspeakers. This configuration enabled maximum control of level adjustments, when required. 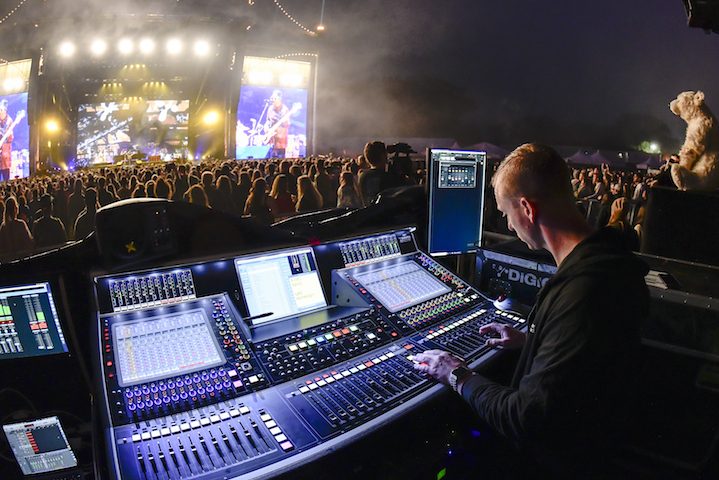 The LEO Family system was a welcome sight for Kenny Sellars, FOH engineer for Twenty One Pilots, as the band had toured with a similar rig the prior year.

“It’s always nice to walk in and see a familiar rig, because then you know what to expect,” says Sellars. “One thing I always appreciate about a Meyer Sound PA is the self-powered aspect. I can’t say enough about the transient response, how fast and tight everything sounds. I mean, when your speaker cable is a foot long, you don’t lose much between the amp and the speaker. I can pick out and hear a depth in my mixes I don’t always get from other PAs.”

Sellars is also enamored with the system’s bass impact. “The low end information I get from the 1100s is amazing. When the kick drum hits, it just slaps you right across the chest. It’s everything I’ve always wanted from subs.”

UltraSound also equipped The Barbary tent, a “comedy and variety” venue hosting an eclectic mix of acts including Mike Birbiglia, Tony Danza and Jimmy O. Yang. The system here was anchored by eight LEOPARD line array loudspeakers per side, bolstered by two CQ-1 and four UPM-2P loudspeakers, and with four 900-LFC elements for deep bass.

“The Barbary stage has become a very popular venue,” reports Mary Conde. “We have great stand-up comedians along with a series called D.A.V.E. – Discussions About Virtually Everything. Usually it’s one person with one microphone and there’s no room for error. It has to be right from the get-go.”

Over the past dozen years, the working relationship developed between the main stage sound providers and the event promoter illustrates a collaborative approach to problem solving and enhancing the audience experience. 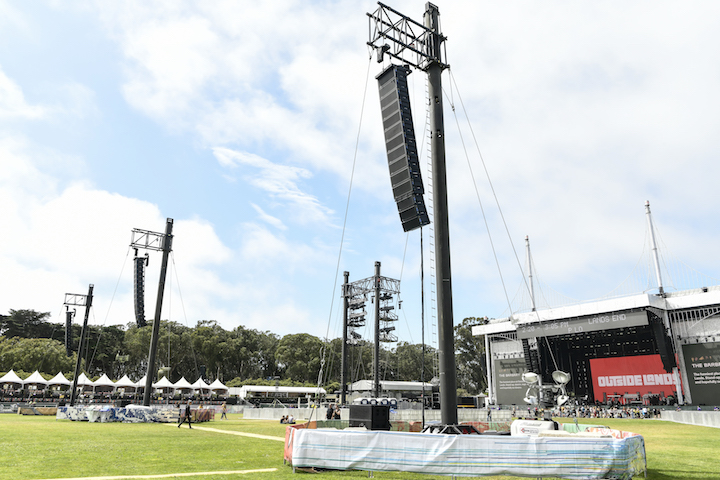 “We work closely with Mary and Another Planet on next year literally from the day this festival ends,” says UltraSound’s Osmond. “Every year we strive to improve, and we continue working through the year to make the next Outside Lands even better.”

“I’m always pleased by our partnership with Meyer Sound and UltraSound,” adds Mary Conde. “We bring in Meyer Sound when it really has to be perfect, as it must be at the main stage of our marquee festival.”

The Outside Lands Festival celebrates the San Francisco traditions of excellent and eclectic music, fine food and drink, engaging and extravagant art, and the exploration of new ideas. It takes its name from the far western parts of the city, today including most of Golden Gate Park, that were once largely covered by sand dunes and considered uninhabitable by early settlers.