Catalan singer/songwriter Rosalia is setting festivals worldwide on fire with her signature flamenco-urban fusion style and sold-out shows in which lighting by Claypaky, represented in Spain by Stonex, shine. 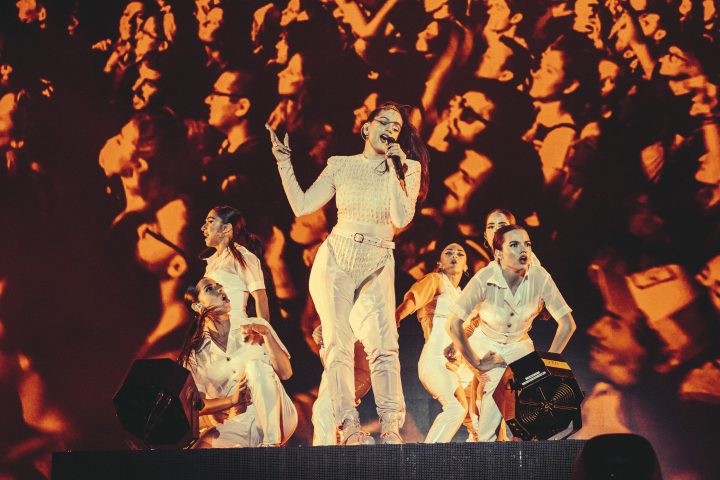 In support of her second studio album “El Mal Querer,” Rosalia’s eponymous world tour – her first – launched in the spring and has played dates in North America, Latin America and across Europe, including Lollapalooza in Argentina and Chile, Coachella in the US, Primavera Sound in Barcelona, and Gurtenfestival in Switzerland. Engagements will continue through October.

One of the world’s most popular artists today Rosalia enjoys an unprecedented reception whenever she performs. Her show at La Noche Blanca del Flamenco de Cordoba seduced 10,000 fans with her lyrics and flamenco styling enhanced by dynamic lighting design by Isabel de la Mora.

Now, on her world tour, Rosalia is accompanied by Claypaky A.LEDA B-EYE K10 and powerful Sharpy Plus fixtures provided by Fluge Audiovisuales. Among the moving heads used by the artist Claypaky has become a popular brand in the tour rig. 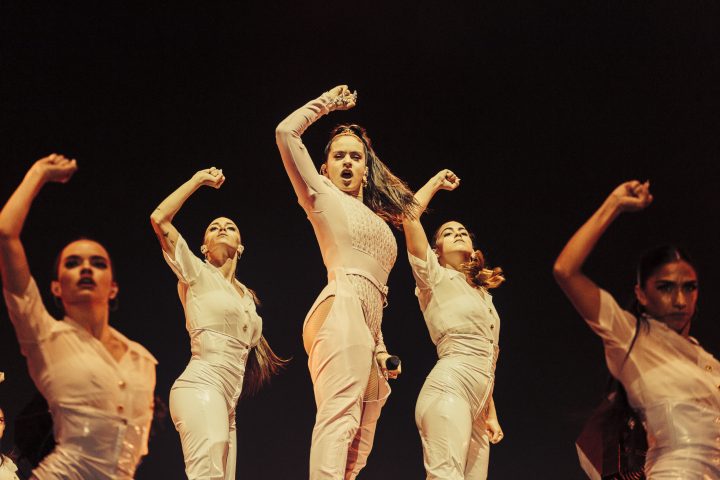 The compact A.LEDA B-EYE K10 is a powerful fixture that works as a beam, wash and effects unit. It is a versatile tool for creating powerful designs that require different vivid looks while taking up little space. Eleven units are deployed on the tour. During the Cordoba concert the B-EYE K10s, positioned at the front of the stage, washed the set with intense color and played a leading role in the look of the show.

The lighting design is enhanced by 39 lightweight Sharpy Plus fixtures prized for the quality output of its Osram Sirius HRI 330W X8 lamp and its gobo array. With the launch of the Sharpy Plus Claypaky has a moving head of great power and versatility and an immediate favorite of numerous festivals and events.

For Rosalia’s tour Sharpy Plus fixtures are placed on the front line of the stage illuminating the singer and her company of dancers while projecting aerial effects. Additional units located at the back of the stage create a contrast for some songs and illuminate the platform on which Rosalia performs most of the show.