Halsey hit the road in May for a short run of shows in support of a new single release, “Nightmare,” and lighting designer Jose Antunes chose Elation’s Artiste Monet™ and Rayzor 760™ to light the special performances. Lighting vendor was DCR of Nashville.

Halsey’s star has clearly been on the rise since debuting in 2014 with a distinctive singing voice and flair for the dramatic that has attracted a growing number of fans to the talented pop artist. The festival and specials run included shows at Webster Hall in New York City prior to the single release along with a string of radio performances in California in early June. 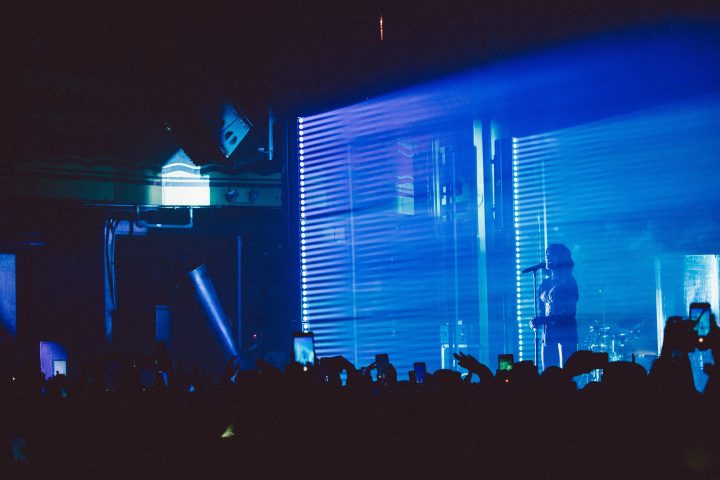 Antunes designed the shows around some of Elation Professional’s newest luminaires, the Artiste Monet and Rayzor 760, and was one of the first designers to use the fixtures. “The design for this run was meant to pack a lot of punch with a small compact package that would fit in a small club, but also be able to spread out on a large festival stage and fare well outdoors in regards to output,” said Antunes, who also served as programmer for the shows. “We wanted to try out some new-to-the-market fixtures and based this design and package on what was just recently released to showcase and put some new technology to the test.”

Because the run was festivals and club-type settings, flying a rig wasn’t an option so the Artiste Monet’s were ground supported behind the 3-piece band. The designer used the 45,000-lumen LED profile fixtures for big, powerful aerial effects using its selection of gobos, animation wheel and wide zoom range. He also used its mighty punch to create some dramatic silhouettes of the band. “The Monet is by far the brightest LED profile fixture I have seen on the market so far,” Antunes enthused. “Its 950W white LED engine combined with its 7-color flag engine allow for punchy, rich and vibrant colors. This was easily the best range of colors I have seen come out of a fixture of its class.” 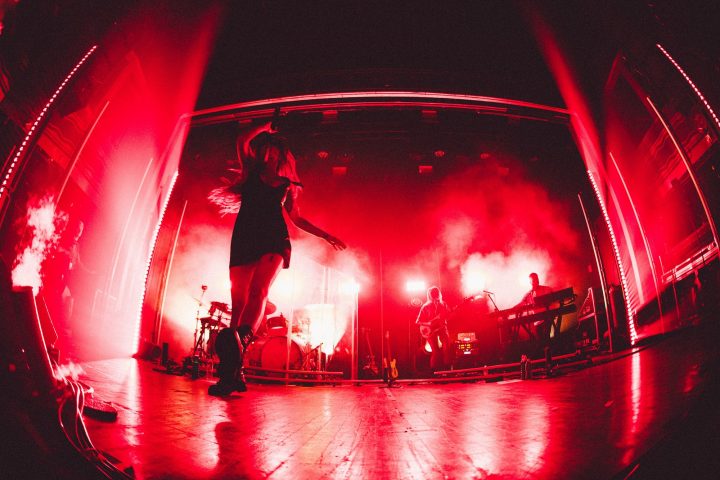 Antunes says that the Monet’s LED source was important for the radio shows because they functioned around a 40’ turntable in the center of the stage to allow for 5-minute changeovers between the major acts. “In between acts the rig goes back to the house LD and only gets turned over to you as your act is going on and the turntable spins,” he explains. “Having a light-source that’s automatically on and at your disposal rather than having to lamp fixtures on once your act is on stage and the unreliability that brings on was major for this type of show. They were also able to fare extremely well in an outdoor dusk environment thanks to its great output.”

Mounted on truss towers upstage of the band, just above head height, were Rayzor 760s, Elation’s unique LED wash/beam light with 7x 60W RGBW LEDs, super wide zoom, continuous pan and tilt, and new SparkLED™ technology. Used as a general wash of the band from upstage, it was the fixture’s broad zoom range that first caught Antunes’s attention. “This fixture goes from a tight beam at 5 degrees to a monster wash at 77 degrees. This was a very important feature for me considering the tight space we had to work with on our club shows. They were placed almost directly behind the band yet were able to engulf the entire stage in magnificent even coverage. Another great feature was the eye candy it provided for the outdoor shows. The combination of its punchy beam, cell mapping capabilities and the SparkLED were a great choice.”

The Rayzor 760’s SparkLED technology is a unique twinkle effect of 28x 2W white LEDs inside the seven lenses that give designers a fresh way of creating layers of effect on stage. Antunes ran the Rayzor 760s in 52ch pixel mode, which gave him individual control of their 7x 60W LEDs and macro control of the SparkLED effect. “Since this was a short run, I didn’t run them in their full extended mode which would have given me individual control of the 28 SparkLEDs,” he said. “But I found the built-in presets and macros were a fantastic way to incorporate the effect where I wanted it. The SparkLED effect sits on the warm-white end of the spectrum at 4500K and doesn’t give out any visible beam at full, but rather creates an extra layer of creativity on its wide lens aperture. It’s all about the eye candy with these!” 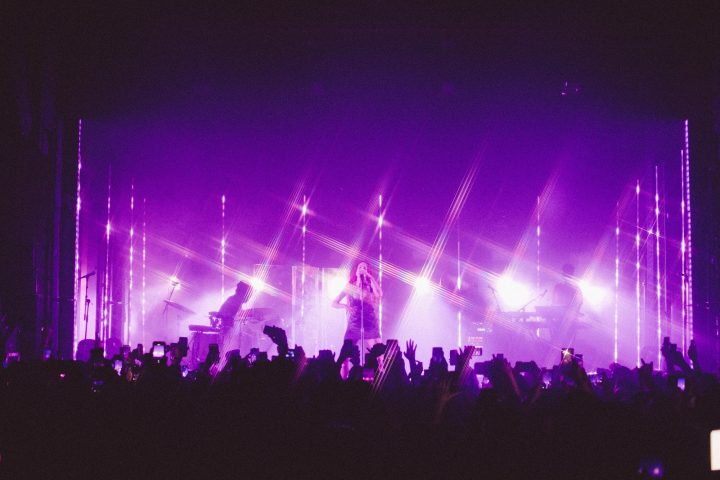 Antunes was able to create some distinct looks using the two fixtures, often overlaying multiple features and/or generating complementary looks. One of the features that the designer says really caught his attention when he first saw the Monets was its full blackout framing system capable of unlimited indexing and continuous rotation. “We had a look on one of the quiet piano/vocal songs where the whole overhead rig was off and with some low side light on the artist.,” he explains. “With nothing else in the rig to fight, I used one of the static gobos on the Monets zoomed right out with the framing system in to make only a tiny sliver of light rotating continuously in a deep blue hue. As you might expect with reducing the aperture to a small sliver, the light output decreases but this fixture is so bright to begin with that it’s still a very punchy effect in this situation. It created a sort of laser effect as my PM Jimi Storey called it. Topping that off with some nice warm LED sparkle effects in the background made for a nice unique look I wouldn’t have gotten out of any other fixtures.”

The Halsey shows featured a third Elation product as well, Chorus Line 16s™, maneuverable pixel bar wash luminaires that house 16 powerful 40W RGBW LEDs. Four pillars, each with three fixtures and located downstage and midstage, provided general side wash. They were also used to create some dramatic effects when beamed across the stage, creating the illusion of enclosing the artist between two walls of light. The LED battens with tilt axis movement were also directed towards the audience with beam and strobe effects.

Antunes was one of the first designers worldwide to use the Artiste Monet and he appreciates Elation’s John Dunn for the opportunity. “I thank him for demoing these fixtures for us and making it work on short notice. He was also excellent and quick to support us while we had them out. Also the whole team at DCR Nashville and Jennifer Moore for connecting us with Elation, and John Schirmer and Howard Jones for allowing me to program for a few long nights at their space in Nashville. Also thanks to Jake Reynolds for being a fantastic tech out on the run and a final thanks to Halsey Production Manager Jimi Storey, who played a great part as usual in making these connections and choosing which fixtures were right for us on this run.”