The 2019 UK incarnation of the art and music festival, WOMAD, once again featured the d&b Soundscape, delivering an enhanced live sound experience that equally served the huge dynamic range of program, the touring front of house engineers, the artists, and the musically inquisitive audiences .

The WOMAD d&b Soundscape stage line up featured some of the most inspiring artists and performances of this year’s festival, including the acoustic mastery of Saving Grace feat.  Robert Plant, drum and bass DJ LTJ Bukem, Kenya’s Muthoni Drummer Queen, and Roosevelt Collier, whose blues, rock and gospel sound was described as ‘dirty funk swampy grime’. 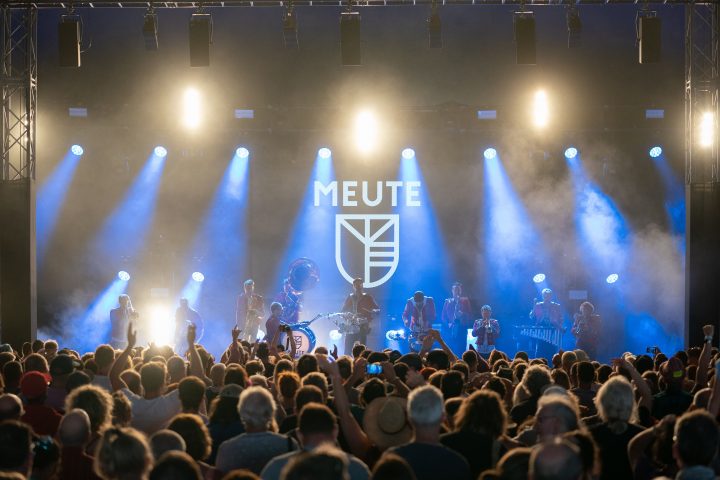 The d&b Soundscape stage is the result of a relationship between Real World Records – the music label owned by the founder of WOMAD, Peter Gabriel – and the d&b team. Born from a mutual ambition to enhance the sound experience at WOMAD for both artist and audience, using a d&b Soundscape system.

Prominently positioned within the main arena site in Charlton Park, Wiltshire, the Soundscape stage held capacity audiences of over four thousand people and was created to galvanize WOMAD’s mission to be the ‘best sounding festival’ featuring ‘the best music you’ve never heard’, and curated to give acts from around the world a space to showcase their landscape of genre-diverse sounds.

“This stage was special, because of the the incredible  sound experience that was created,” says Chris Smith, Festival Director at WOMAD. “WOMAD is a festival for music lovers, but it is also about innovation in music and technology  and now we have one of the finest sound systems in the world.”

At the heart of the d&b Soundscape stage arena setup was d&b V10P loudspeakers for the main system, and Y10P loudspeakers hung at regular intervals around the tent, which measured more than sixty metres across. d&b E8 loudspeakers were used as front fills with a sub array mixture of V-SUBs and SL-SUBs. The entire system was driven by eighteen d&b D80 amplifiers.

The d&b DS100 signal engine, the network-controlled, Dante-enabled DSP platform for Soundscape, served all of the object based mixing, room acoustic emulations and system matrix functions, and was interfaced with the array of different console surfaces required for the busy festival environment. This was all integrated with the d&b R1 Remote control software and a Soundscape touchscreen, facilitating simple operation to enhance the mix graphically, channel by channel, loudspeaker by loudspeaker, group by group. 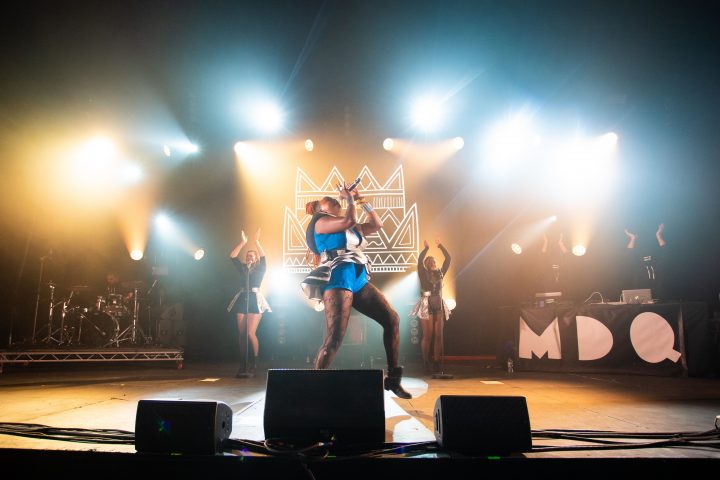 While mostly invisible within the tent set up, the system effortlessly delivered significant SPL with a wide screen, high definition sound that was able to be driven by each of the touring engineers to suit their needs, whether fully immersive 360 or using 180 focused frontal arrays  only.

“Our relationship with WOMAD allows us to offer international artists and engineers exposure to a system concept that is changing the nature of the way sound can be delivered for events of all scales, programs and purposes.” Stephen ‘Oggi’ Hogg, d&b UK Managing Director, comments, “Combining the creativity of the performers with the flexibility of the sound design inspires a whole new dimension of experience for the festival.”