The Montreux Jazz Festival wrapped up 16 days of magnificent music-making on July 13, with a total of nearly a quarter million attendees thronging into multiple venues along the scenic shores of Switzerland’s Lake Geneva. For the 33rd consecutive year, Meyer Sound was selected as the festival’s Official Sound Provider, with LEO® Family line arrays flown in all three principal venues and scaled-down systems — two anchored by the new ULTRA-X40 point source loudspeaker —at the smaller venues. 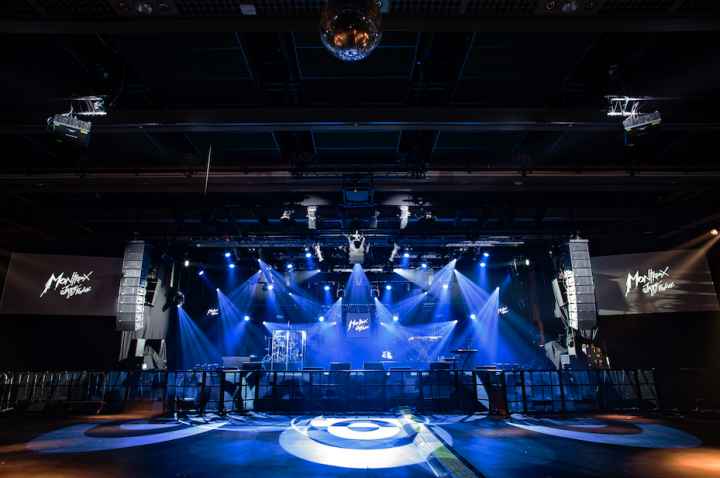 On hand for the festivities once again were Meyer Sound’s co-founders, President and CEO John Meyer and Executive Vice President Helen Meyer. In addition to hosting a VIP reception for special guests, the Meyers celebrated yet another auspicious product debut as ULTRA-X40 was deployed for the first time in major festival systems.

“Every year we have the chance to bring our newest products here to Montreux,” says Helen Meyer, “so every year the sound gets a little better. The products we make are very focused, allowing us to create just the right sound to elevate the audience experience in any environment. And what we’ve heard about the ULTRA-X40 here so far is very gratifying.”

ULTRA-X40 systems served as the mains for two of the festival’s smaller venues,  La Coupole at the House of Jazz and Terrasse ibis MUSIC.

“With its very fine and precise resolution in the midrange and upper midrange, the ULTRA-X40 maintains exceptional intelligibility and allows for clear distinction of the various musical sources,” says Mika DeRose, FOH engineer at Terrasse ibis MUSIC, a free lakeside venue featuring concerts and DJ sets. 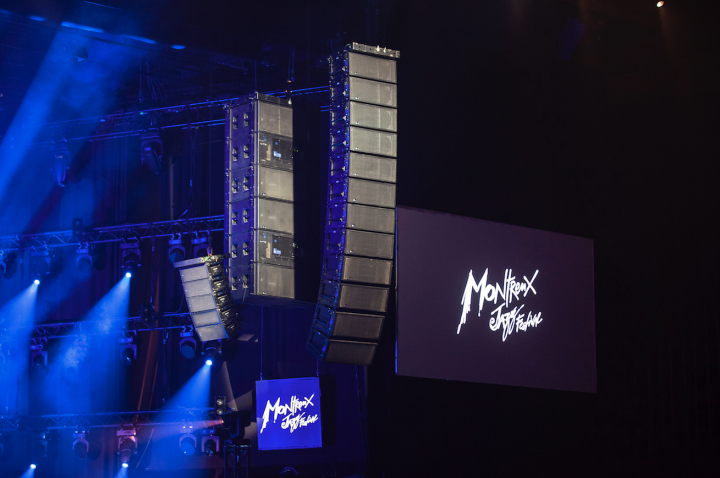 La Coupole was the scene of stunning jam sessions into the wee hours, with stellar participants including Janelle Monáe, Rag’n’Bone Man, Lizzo and Jon Batiste. Precise coverage control was a key factor due to the 1 am to 5 am time slot, according to FOH engineer Fanny Gaudin. “Adding ULTRA-X40 to the kit, with its extended frequency response and dynamic range coupled with a horizontal rigging option, allowed us to decrease the measured SPL by 5 dB compared to last year, yet eliciting even better audience response.”

The ULTRA-X40 also earned accolades for its supporting role as fill systems at Auditorium Stravinski and the Montreux Jazz Lab. The main system at Auditorium Stravinski, based on LYON™ line array loudspeakers, carried memorable performances by Quincy Jones, Janet Jackson and Bon Iver while bidding a fond festival farewell to the retiring Joan Baez.

“In 2019, we had the privilege once again working with the Meyer LYON line array system at Auditorium Stravinski,” states Festival Production Manager & Production Manager Auditorium Stravinski Marco Güntensperger. “Given the wide range of artists with origins in very different genres, LYON proved to be the perfect match for MJF. The majority of touring acts come in with their own FOH sound engineers, and they were praising the precise set-up and dynamics of the system overall. No matter if it was Tom Jones or Chemical Brothers, the system proved to cover all types of sounds at its best. Cooperation with the Meyer Sound team was another privilege for our audio team at Stravinski. Pre-production works executed by Meyer Sound’s José Gaudin as well as Martin Reich were top-notch, so a very special ‘thank you’ to them. We are looking forward to next year’s edition already,” says Güntensperger. 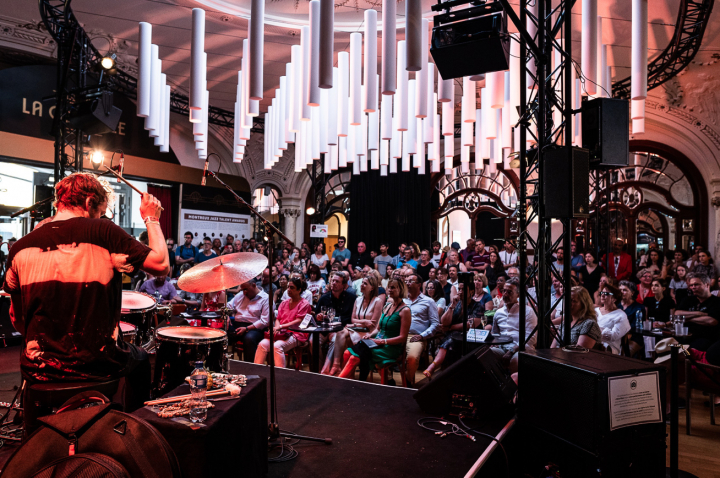 Meyer Sound’s LEOPARD™ line array loudspeakers anchored a system deployed at the Montreux Jazz Lab for the benefit of Ibeyi, Koba LaD, JKJ, Rita Ora and other masters of cutting-edge pop and hip-hop. At the cozy Montreux Jazz Club, a smaller yet potent LINA™ line array system served up delectable sounds from Joe Jackson, Bobby McFerrin, Chilly Gonzales and many others.

Audio system inventory and logistical support were once again supplied by Skynight SA, a diversified audiovisual technology provider with offices in Switzerland and France.

Established by the late Claude Nobs and two associates in 1967 with assistance from Atlantic Records, the Montreux Jazz Festival has become the European focal point for the finest performances across all genres of popular music. The original venue for the festival, the Montreux Casino, was lost to fire in 1971 as memorialized in Deep Purple’s “Smoke on the Water.”