This June, Meyer Sound returned to Denmark as the exclusive sound provider for the Roskilde Festival, Northern Europe’s largest and longest-running music festival.

The event marked the second year of a groundbreaking five-year partnership that aims to leverage the strengths of the iconic music festival and the world-leading supplier of professional audio systems to elevate the festival experience for artists, fans, and technology providers. 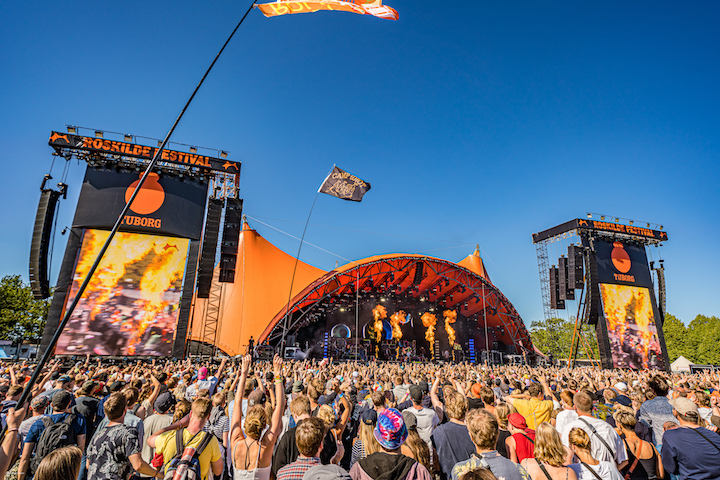 But Roskilde is about much more than music, camping, and fun. The festival, which operates as a non-profit foundation, is a celebration of community and solidarity, ideals fostered year-round through generous support of humanitarian and cultural organizations in Denmark and beyond. (Since its inception, the Roskilde Festival Charity Society has generated more than $58 million for charities around the globe.)

It’s these values that make the Roskilde Festival an ideal partner in the pursuit of providing a better festival experience, says Meyer Sound Executive Vice President Helen Meyer. “This is a festival with a heart. They really care about what it feels like for everyone and they’re willing to really do things differently than anyone else, and for us that’s very, very exciting.” 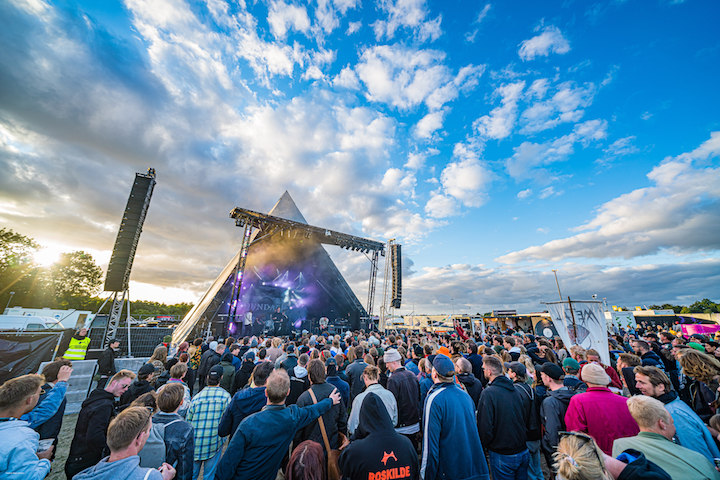 The partnership is a year-round collaboration focusing on education initiatives, R&D, and large-scale festival management. For partners steeped in common traditions of creativity and innovation, this multifaceted approach provides an unprecedented opportunity to innovate and inform, with the event serving as both a technology showcase and a living laboratory where research efforts focus on sound propagation and management techniques.

With a total area stretching more than 2,500,000 square meters — the equivalent of 350 football fields — there’s a lot of ground to cover at Roskilde, and a lot of potential cross-talk between stages that needs to be controlled. Nearly 1,000 Meyer Sound loudspeakers, supplied by leading European AVL integrator Bright Group, were deployed across all festival stages and performance spaces, from the 1,000-capacity Gloria stage to the iconic Orange main stage, with its staggering 60,000 capacity.

LEO® Family systems provided seamless solutions for the event, thanks to their clarity, linearity, reliability, and ease of use. “The LEO Family was developed to create an idea that linear theory applied to systems like these would mean that you could do a variety of stages with different kinds and sizes of equipment and keep the same sound,” says Meyer Sound President and CEO John Meyer. “This allows people to understand you don’t have to run it so loud all the time. What we’re trying to show here is that the sound system should be transparent.”

Technical teams from Meyer Sound, Bright, and the Roskilde Festival collaborated on sound system design and deployment, drawing from previous successes to improve overall performance. This year, advancements ranged from enhanced AVB control to inventive new PA configurations. “All the lessons learned from 2018, we’ve taken directly into 2019,” says Roskilde production head Lars Liliengren. “We are actually kicking off at a much higher level, even from the beginning.”

Other new tech initiatives included implementing an innovative subwoofer array at the Orange stage and significantly reducing leakage at Gloria. “We were able to apply our learnings from last year to make meaningful strides going into year two. Last year, we had the normal end-fire subwoofer array flown,” says Dennis Tholema, Meyer Sound Senior Technical European Support. “This year, it’s a gradient end-fired subwoofer array, which is upward-staggered and down-steered to be able to get the maximum cancellation on the stage and backstage, which was the wish of festival production. We achieved a reduction of around 17 dB. So it was very, very quiet onstage. At Gloria, we used gradient setups of two band-limited UPQ-1Ps behind each line array to reduce low-mid and low-end leakage from the arrays on stage.” 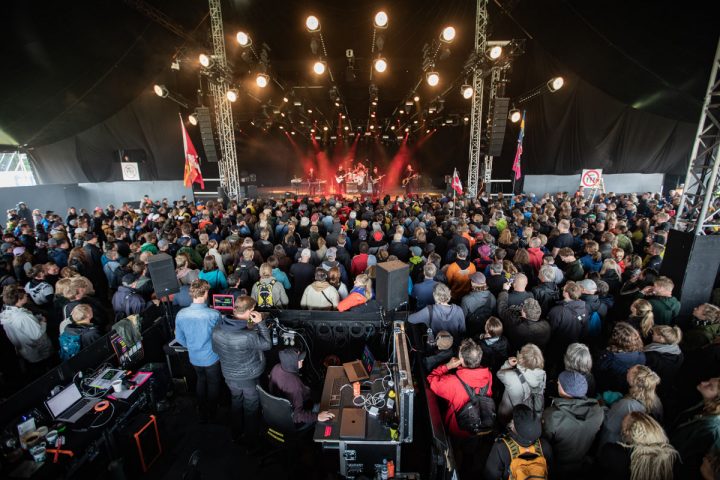 Ensuring a seamless festival experience for visiting engineers starts with providing personalized support onsite. To that end, Meyer Sound embedded a crew of 22, working alongside 32 Roskilde sound staff members, to work hand in hand with artists’ technical teams throughout the event.

“It’s really good to know when you’re coming into a situation like this that you are coming in to familiar situation with Meyer Sound and Meyer Sound technicians,” says Icelandic engineer Ingvar Jónsson, who mixed front-of-house for Robyn. “A real comfort is to know the system and know that you have well-trained technicians who take good care of you.”

And for these engineers, encountering a premium sound system makes their work go even more smoothly. “Festivals are always tough in that you’re faced with so little time; you’re faced with a fast changeover,” says Penelope Isles’ FOH engineer Max Jacomb. “But the thing that overrides that for me is the fact that with a Meyer Sound system, there’s just more room to maneuver.” Jacomb says he appreciates the support team’s collaborative spirit: “I have a system tech who’s asking me questions about what I want instead of telling me what is going to happen, and that is huge.”

That passion for music and sound is at the core of this unique partnership, which is destined to reach new heights as it ushers in a milestone year for Roskilde. “This year is Meyer Sound’s 40th anniversary and next year is Roskilde’s 50th anniversary,” says Helen Meyer. “So we’re very, very excited about building on everything this year, making it even better next year, and helping Roskilde celebrate their 50th in great style.”

“Roskilde Festival is the biggest event happening in the Nordics,” adds Bright CEO Fredric Holmgren. “This is one of the big crown jewels of festival production…we’re really proud to be a part of it.”