The Dalt Vila show which brings the curtain down on the International Music Summit (IMS) Ibiza is a flagship spectacular, which for a number of years has also signalled the official start of summer on the White Isle. The closing event features the best and most well-known DJs on the planet and takes place within the walls of a 2500 year old former fortress, now a protected UNESCO world heritage site, which provides a jaw-dropping location for those lucky enough to attend. 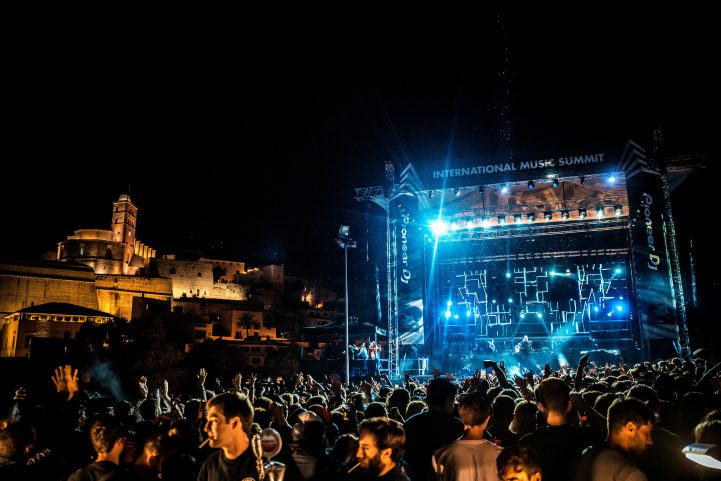 The Shop Ibiza, has been a trusted supplier to IMS since its first edition in 2007, providing an ever-increasing inventory of production support as the scale and scope of the event has grown. With complete production responsibility for proceedings at Dalt Vila and an annual brief to surpass what has gone before, this year The Shop reached out to Martin by HARMAN to provide a full lighting solution for the seven-hour extravaganza.

Martin has enjoyed an excellent working relationship with The Shop that stretches back many years. In 2011, The Shop was instrumental in supporting the highly successful launch of Martin’s RUSH range of club lighting and since then, the two companies have collaborated on numerous projects. When the first discussions took place about Dalt Vila 2019, both parties felt that the participation of a top lighting designer was a pre-requisite to delivering the kind of show they had in mind and engaged highly skilled and vastly experienced LD, Nick Jevons, to take the hot seat. Nick has worked on many creative projects with both Martin and The Shop and was regarded by both to be the perfect choice for such a prestigious event.

Martin supplied a full rig, including MAC Quantum, Viper and Aura products and gave a major live-show debut to its new, recently launched Atomic Strobe Dot. The light show was hailed by the organisers of IMS as the best in the 11 years it has presented the Dalt Vila finale. Martin’s Spanish distributor, SeeSound, supplied logistical and technical support onsite to help ensure that things ran smoothly. From The Shop’s perspective, Dalt Vila involved a challenging 5-day build. Access to the fortress is restricted to narrow lanes, requiring that all equipment be cross-loaded onto small vehicles, whilst the heritage designation of the site demanded extreme sensitivity. The Shop installed a brand new Prolyte ground support system and its team worked tirelessly in the face of initial adverse weather conditions to keep everything on schedule.

Mike Walker, Senior Sales Director at Martin by HARMAN reflects on a very successful venture: “Ibiza has a long reach into the wider live entertainment industry and its influence cannot be underestimated, so to have Martin Lighting associated with IMS is really important for our brand. Showcasing our products at the leading edge of the electronic music sector puts us front and centre with clubs, festivals, artists and promoters as well as the wider industry audience. The industry is constantly growing and changing and we need to be close to what’s happening in order to keep pace, remain relevant and provide the innovative products that help creatives to deliver bigger and better shows. Dalt Vila at IMS was a testament to exactly that and to see our lights amplifying the energy and music from the DJs on stage, with the crowd going crazy, was what it’s all about. It’s always a pleasure working with The Shop – Simeon and Jesse are very good at what they do and always deliver, whatever the circumstances or difficulties. The show was at some risk due to some unseasonal weather but the team dealt with the situation in a calm and professional way and were rewarded by the rain stopping shortly after the show began.” 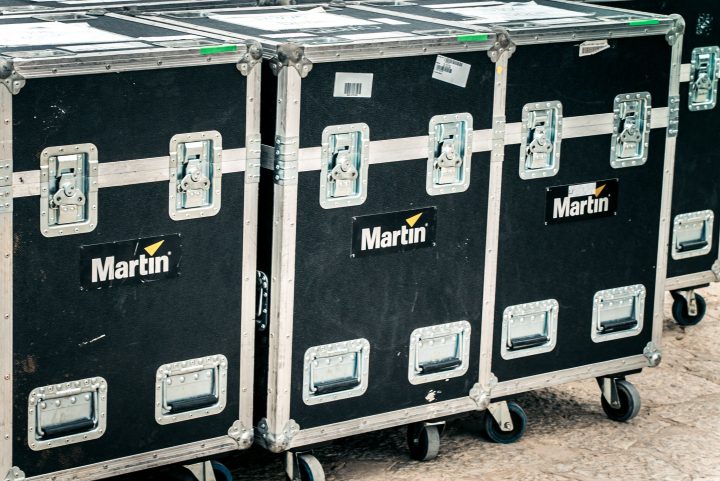 Simeon Friend, Managing Director of The Shop Ibiza gives an upbeat summary: “The show was, without doubt, one of the best Dalt Vila events we’ve ever been involved in staging. The support from Martin was exemplary and Nick Jevons created a truly stunning spectacle. There were plenty of big names on the stage but Martin’s awesome new Atomic Strobe Dot has to be mentioned for its own stellar performance! Our team, as always, stayed cool under pressure – assisted on this occasion by some pretty heavy rain – and dealt efficiently with the elements until the skies cleared. IMS couldn’t have been happier and the reaction of the crowd said it all!”