Laser control becomes much easier now, as The Laserworld Group integrates the ShowNET interface as mainboard to most of their laser systems. This means a multitude of new features to those devices: Not only can they be used for direct laser control via Showeditor or Showcontroller (the new professional laser software) through LAN connection, but they also have an integrated SD card that ILDA frames can be loaded to. These files can then be triggered via ArtNet, DMX, in stand-alone-operation and in some units even in sound-to-light mode. The possibility of putting self made content to the laser systems adds further intelligence to the devices, which usually are only used to work with either basic, premade content or external “intelligence” through ILDA control software. 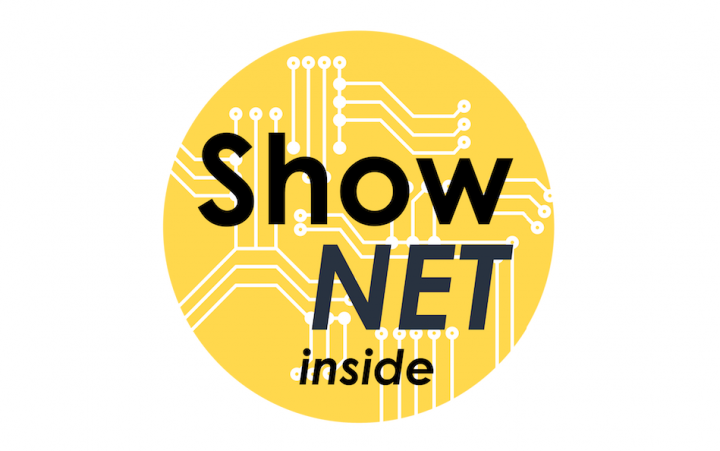 Every ShowNET interface comes with the full version of Showeditor for free, so every laser system with integrated ShowNET interface has the free software license included in delivery. This means that the laser systems with integrated ShowNET can simply be used with laser software by just connecting the laser to the computer with a standard LAN cable. 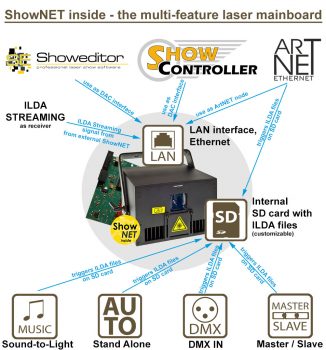 Even though the laser systems are equipped with this new, powerful mainboard, they can still be used with a standard ILDA signal input if preferred.

These product series are now equipped with the ShowNET interface as mainboard (all units with scanning capabilities):