Peter Paricska is a perfectionist … as well as one of the pioneers of the modern entertainment technology and production scene in Hungary. His Budapest based PDF Production (Perfect Design Factory) exudes confidence and a spirit of adventure supported by his larger-than-life character! Peter started PDF in the 1980s and its grown into one of the leading and most successful rental companies in Hungary specializing in the television and film lighting / production sectors as well as live events.

PDF was the first rental company in the country to have moving lights, and Peter used these to help establish and build his name as a creative lighting and production designer for a myriad of high-profile bands and music tours … before turning his expertise to the slightly different worlds of television and film. 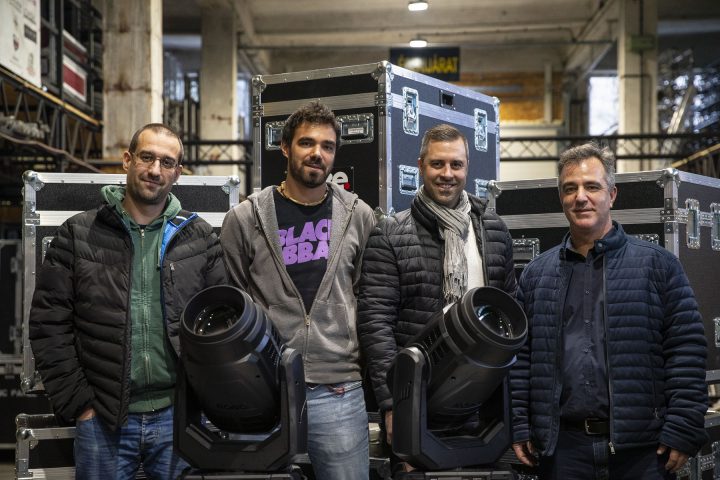 He’s also been a distributor for several leading brands, and most recently, has steered PDF in the direction of Robe, purchasing 16 x RoboSpot systems in 2017 shortly after this powerful product was launched by Robe, followed up this year with 40 x MegaPointes … all delivered through Hungarian distributor, AVL Trade.

PDFs RoboSpot systems – comprising the 16 x RoboSpot BaseStations and their associated BMFL FollowSpot fixtures – have been used extensively on several TV shows and film shoots. “In so many cases remote follow spotting is a much easier, safer and more practical option than having an operator up in the rig” confirmed PDF’s head of technical, Attila Toth.

Twelve of the systems are currently at a newly established US venture – Redburn Productions – which Peter has set up in Las Vegas and were on the recent Bruno Mars tour as a dry hire. In the US, they have also invested in nine BMFL Follow Spot LTs. This is another new fixture from Robe which is a brighter ‘Long throw’ version of the standard BMFL FollowSpot, offering the same features as the standard BMFL FollowSpot, and benefitting from a different reflector and optics with a tighter beam spread which is optimized for extra brightness over long distances.

The plan is now to increase the four systems currently in Budapest to twelve standard and twelve LT (long throw).

PDFs crew didn’t receive any specific RoboSpot training but as experienced technicians, they didn’t need it, and all picked up the system principles extremely quickly with minimal instruction required.

Hungarian shows on which these have been used include “Alomutazo”, a festive musical extravaganza and children’s fantasy show staged at the BOK Arena, Budapest, for which PDF supplies all lighting, staging and rigging.

They were also in action on “the Pyramid”, a games show for commercial channel TV2 which is recorded in two locations with lighting designed by Peter, and for “Ninja Warrior”, also for TV2, a crazy obstacle / endurance show based on a Japanese concept, which has around 1500 lighting fixtures in total, and is shot in a massive 6000 square metre space at the Origo Studios.

PDF has several other moving light brands onboard already, so adding 40 x MegaPointes to the inventory was a major move.

“We wanted them because they are cool and multifunctional, colourful and interesting” stated Attila. “The more features a lighting fixture can do well … the better for everyone – designers and rental companies”. The units have been in constant use on numerous festivals and shows.

As a designer, Peter is known for his imaginative flair. With so many projects on the go simultaneously, he will often produce a concept and the creative inspiration for the general lighting scheme, and when the design is confirmed, choose a dynamic PDF team to realize the lighting and his visions.

He loves MegaPointes as they are ideal to facilitate his designs – small, punchy and packed with effects – perfect for TV as well as stage shows, allowing the creation of some fantastic looks that were previously just not possible!

Attila explained that the company first started using Robe ‘properly’ after the BMFL launch in 2014, a light they all love, and this was also when they started noticing the brand more prominently. Atilla mentions that as a premium brand, Robe nicely mirrors their commitment to quality audio brands like Clair, Avid, Yamaha, etc. “Audiences – both live and TV – are becoming ever more aware of lighting, effects and aesthetics, which means we need to keep working with the latest and best technologies available”.

Peter is always looking for and exploring new horizons and is hoping that the U.S. operation will open a plethora of new and exciting opportunities.