Iconic British rock band, The Cult, have been making their way across America celebrating 30 years of their seminal 1989 album, Sonic Temple. They’re touring amazingly light: just a bus and a trailer in tow to transport the band, consoles, backline, control package, and touring team, which is just two engineers. At FOH position, Stephen McGuire is working from an SSL L300. 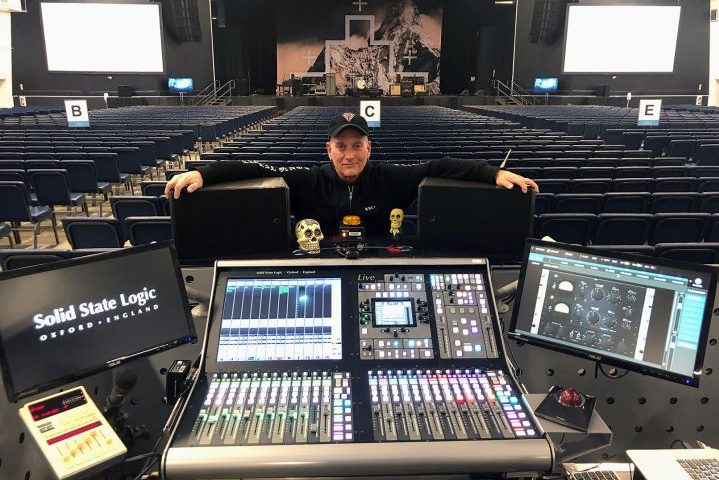 McGuire’s been mixing The Cult for four years and used an L500 console for FOH duties on their previous outing. “It’s literally just me and the monitor guy on this tour; I needed to get a desk that is powerful, phenomenally quick to set up, sonically geared for The Cult and can fit in the trailer. The SSL L300 was the perfect choice.”

McGuire says he loves mixing The Cult, and describes them as a good old school rock and roll band: no tracks, no click, everything is in the moment, and they give him license to mix.

“When we got ready for the Revolution 3 Tour last summer with Bush and Stone Temple Pilots, as I knew we’d be in a truck, I wanted to find my next platform for moving into 24-bit, 96kHz audio,” he reveals. “I’d spent a year with a different console, and there were some digital stereo image collapses happening, which was causing problems. I’d always wanted to try out the SSL, so that was my opportunity. Last year, Jessie Adamson at Sound Image put me in touch with SSL’s Fernando [Guzman], and I’ve been using the consoles ever since. Their intuitive and allow me to quickly build show files, which is essential.”

McGuire sees mixing as art – it’s not simply ones and zeros, he says, it has to draw inspiration.

“That binary, technological, scientific thing – those factors are part of it, but from an artistic perspective, you do need something that inspires,” he declares. “If you’re a live performer, you want your monitor mix to be inspirational; if you’re singing in the studio, you want your headphone mix to have a certain form and function that inspires you. And the SSL platform ergonomically inspires me. I love the way it is laid out: it’s solid, rock solid; the rotaries and faders are all where they need to be; and you can set it up so you can just dig in and mix.” 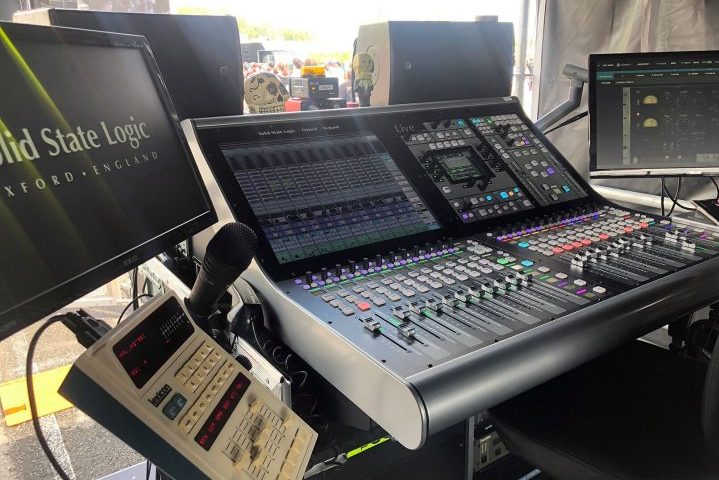 From a sonic perspective, McGuire says the SSL takes The Cult’s live shows to a whole other level.

“The way this desk sounds… there is nothing like it. It’s ridiculous. The reproduction through the SSL Super Analogue converters is surpassed by none, as far as I’m concerned,” McGuire insists. “On some desks, you’ll look at your hi-pass filters, and on the kick drum you might not high-pass it at all, just leave it out – but the SSL, it’ll take that five or ten cycles that’s inherent somewhere, and it’ll push it through. So you have to be conscious of that stuff: all the filters are extremely accurate, and the desk sounds musical. It’s thick, it’s juicy, and it’s perfect for mixing The Cult.”

In terms of mixing, McGuire is always as hands-on as possible.

“I have zero snapshots; I would like to get to a stage where I do have some, but honestly, I have no reason to at the moment,” he admits. “As far as the FX go, the reverbs sound good, but I love the delays; actually, I am using one delay on my aux out that drives the [Lexicon] 480L, so my pre-delay is always in time. It’s a tap tempo [delay] set to 1/16 triplets with only one repeat, and that’s my pre-delay. Sometimes you have to think outside the box!”

Some of The Cult’s backline kit is pretty sizeable, so the big conundrum was: how does one sit a console and a whole control package for FOH into a trailer?

“Basically, I trimmed my inputs down to 32 hard inputs, so I could utilise just one SSL M32:32 stagebox. I have eliminated an external splitter by using the XLR outs from the back of the M32 to hit the stage rack for the monitor rig,” McGuire explains. “It’s all hard-wired together, everything hits my rack first, and jumps up the XLRs out the back to hit the monitors. Myself and Nathan Payne on monitors, do the whole thing; there are no techs, nothing!

“I just love waking up every day to go in to mix on that desk; it is so inspirational to me. I love that I am mixing a British band on a 30th year anniversary of a record release that was recorded on an SSL, and it’s inspirational to me and look down on my desk and see ‘SSL – Oxford, England’. It doesn’t get any better than that!”