Meyer Sound have announced that its Galileo® GALAXY™ network platform has been certified as fully compliant with the new, AVB-based, Milan deterministic network protocol. Milan certification, provided through Avnu Alliance, ensures that Galileo GALAXY processors will offer seamless interoperability with all other Milan-certified devices in the signal chain, regardless of function or manufacturer. GALAXY is among the first products to receive Milan certification. 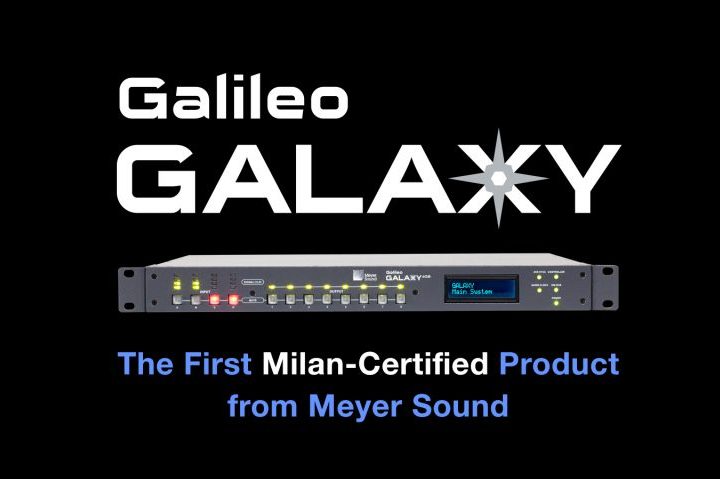 The formal announcement was the final step in a thorough certification process that included rigorous testing of Galileo GALAXY processors at the University of New Hampshire InterOperability Laboratory, the designated third-party testing organization for the Avnu Alliance Certification Program.

First announced at InfoComm in June 2018, Milan is a high-level interoperability solution developed as a joint effort by a group of leading audio and IT manufacturers. As a deterministic network, Milan assures on time delivery of time-sensitive AV data streams while co-existing with other Ethernet traffic with no risk of dropouts or degradation. As an open standard, Milan offers a choice of hardware implementations and will support both audio and video media.

“A few years ago Meyer Sound joined with a group of other leading pro audio manufacturers to tackle a problem common to all of our customers,” recalls Meyer Senior Vice President of Marketing John McMahon. “And that was how to create a network infrastructure that is easy to use, offers extremely high performance and provides future-proof flexibility. Building on the existing open AVB (audio video bridging) standard from IEEE, we developed Milan as the best solution.” 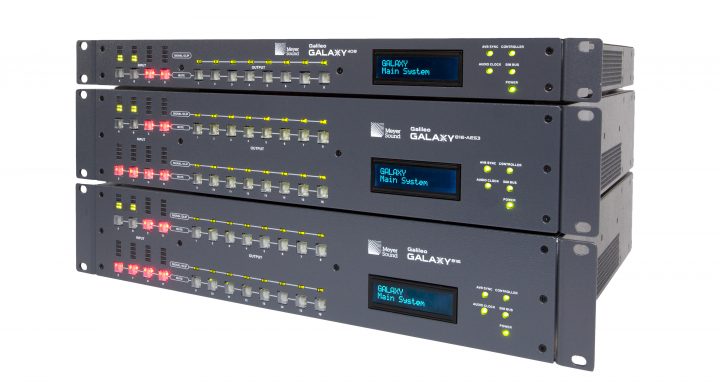 “With this certification, Meyer Sound GALAXY becomes a pioneering device in what is becoming an integrated, networked AV ecosystem,” says McMahon. “More Meyer Sound products are in line to be certified, and the list of manufacturers that have signed on to Milan is growing fast. We expect increasing momentum toward widespread adoption throughout the industry in the months to come.”