There’s nothing quite like the phenomenon of dueling pianos to get people out to enjoy live music together. Located in the popular Westgate sports and entertainment district of Glendale, Arizona, Low Key Piano Bar needed a sound system with ample punch to deliver all the humor and emotion of their high impact performances, along with the finesse to reproduce all the musical detail. Following the recommendations of a number of their pianists, they chose QSC K.2 Series powered loudspeakers and KS212C cardioid powered subwoofers. 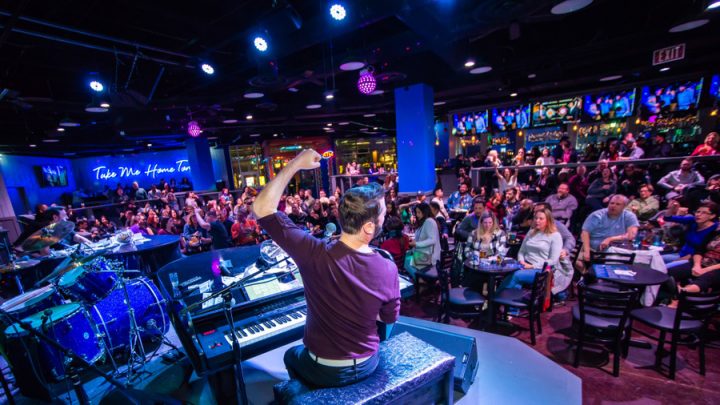 The system was designed by Adolfo Acevedo and regional QSC reps, ProTech Marketing. Sold by Sal Davi of Guitar Center Pro, the system comprises four K12.2 at front of house, two K12.2 plus one K10.2 as stage monitors, a dozen K8.2 units distributed throughout back bars and other ancillary spaces, and two KS212C cardioid subwoofers to provide focused bass.

“The room is like a miniature arena in that there’s seating to the left and right of the stage as well as across from it, with a pit area with tables in the middle,” explains Acevedo. “The audience wraps around the stage, in other words. We did a placement plot using EASE [Enhanced Acoustic Simulator for Engineers] software and found we needed a wide spread. So, we went with four K12.2 speakers as mains, placed in a radiating convex pattern. There’s far left and right, then sort of inside left and right, and those two groups are on independent output faders on the house mixer.”

“At first, I was skeptical of 12-inch speakers, because I’d used 15s everywhere I’d ever played,” adds Low Key’s entertainment director Mike Clement, who also performs there as a featured pianist. “But I’m amazed at the bass the K12.2 can put out — I love the tight pattern of the KS212C cardioid subs, but we honestly don’t need to turn them up all that much! With four mains set up the way we have them, we’re getting almost 180 degrees of horizontal coverage, so the show is not going to sound different depending on where you sit. By running the inside left and right speakers at a somewhat lower volume than the far left and right, we find we can fill the entire room without overwhelming the people in the central pit.” 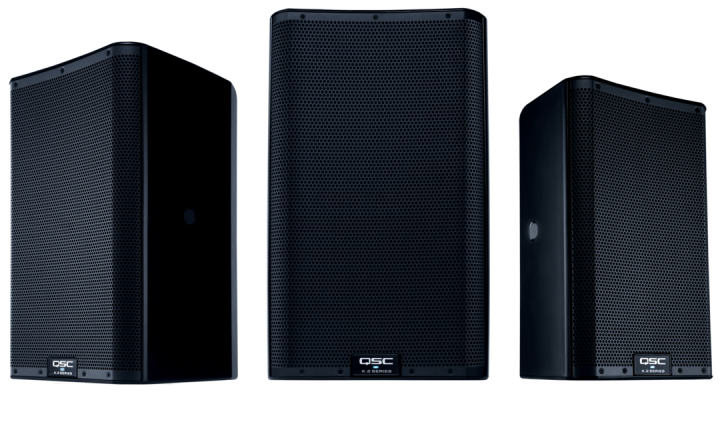 For filling perimeter areas, the K8.2 has “one of the best spreads I’ve heard in a compact speaker,” says Acevedo. “They’re on a couple of separate volume groups as well, and help us reach the back bar — which is up a flight of stairs behind the main seating — and other odd spaces without killing the people near the stage with volume.”

Because the piano covers such a broad frequency range and its notes are harmonically complex, bass and volume aren’t all it takes for performers and audience alike to remember the evening for the right reasons. Clement gives QSC high marks here. “This is a big, boomy room with lots of reflective surfaces,” he notes. “The capacity is about 350 according to fire code, but you could fit 500 or more people in here. Onstage or in the crowd, there’s no mud, there are no honky mids overpowering things. Very importantly, it’s crucial for dueling pianos that the two performers be able to hear each other’s voices and instruments so they can play off of one another. I’ve had issues with that on other systems, but not here. The clarity of the QSC gear is just the best I’ve ever heard doing this type of gig. The EQ menus on that little LCD right on the back of the speakers have really helped us tune them to the room as well.”

Detail and flat response have made QSC a go-to for keyboard players since the original K Series speakers were introduced, and Acevedo notes that the “keyboard factor” was instrumental in Low Key’s decision. “Originally they were about to go with some otherbrand with three letters,” he laughs. “Then they started hearing about QSC from a lot of their recurring pianists, who used their own K.2 Series speakers on their other gigs. That led to them having us come out to the venue to do our analysis and make a presentation. Now they’re just ecstatic.”

“I would absolutely recommend the QSC K.2 Series to any club or entertainment company working in a similar application,” concludes Clement. “I can’t say too much, but folks from a club I’ve played at in the Midwest are coming out to pick our brains. Something like our system would be perfect for them.”