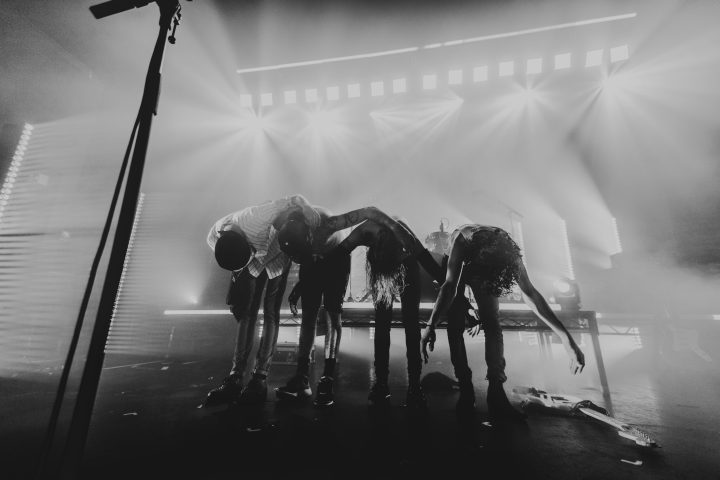 After a quiet year, in which they were dealing with management disputes, the Hertfordshire four-piece roared back into action and are again going from strength to strength.

The MIRRAD lighting designer, who has been working with the band for the past two years, adopted completely different scenography from that used when the band last played Brixton Academy in January 2018.

“We started from scratch this time,” Tom Campbell confirmed. “We wanted to drive video content but without using a video wall or projection—instead doing something a bit more obscure.” His solution was to light the back wall with 48 of the X4 Bar 20s, pixel-mapped into an Avolites Ai Q3 video server, provided by MIRRAD (while Liteup Productions supplied the Bar 20’s). “This enabled us to run various lo-res content, such as autumn leaves etc to create different textures and produce some varied and interesting colours.” 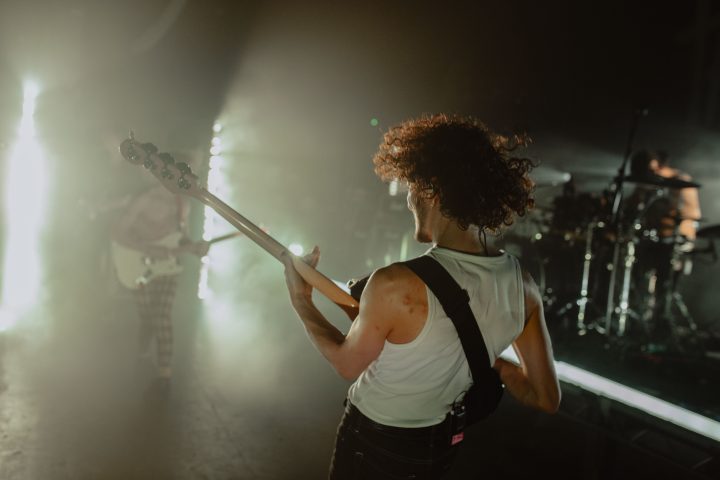 In addition he added 20 of GLP’s innovative KNV Cubes and 14 active FR1 pencil beams, used as key lights—situated on the downstage edge, and within the drum kit and backline on stage. “It was not first time I had used them on the road—that was with Frank Carter & The Rattlesnakes—so I already knew it was a fantastic piece of kit,” he enthused.

The baseless FR1 has a single, high powered 60 Watt homogenised RGBW LED at its core, and Campbell describes the new fixtures as “extremely punchy for such a tiny fixture, with good dimmer curve, lovely CTO emulation and producing a super parallel beam. For an LED light the texture is fantastic.” 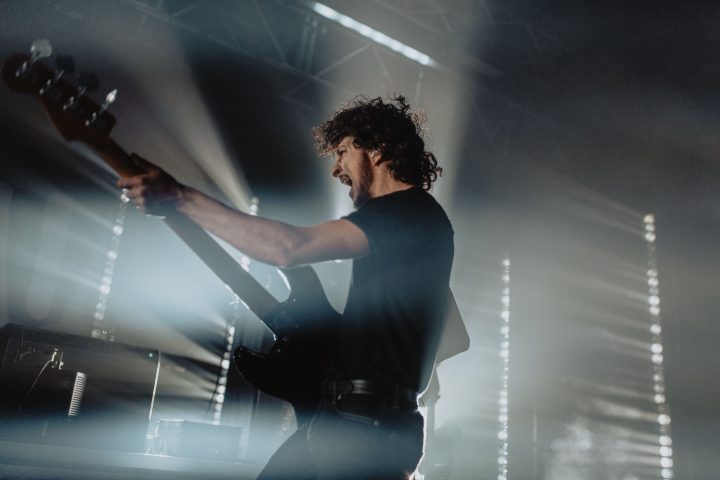 As for the modular KNV Cubes, a solid line was set on the rear truss and run in low channel mode. “We could produce some great pixel FX and we also used them as crowd blinders as a big block of strobes. They had nice CTO and produced a lovely dimming curve allowing me to use them in a traditional crowd blinder role, we had to restrict them to 40% because they are so bright. When we first turned them on everyone in the venue was amazed—these would also work particularly well in large numbers on big outdoor shows.”

Summing up, Tom Campbell said: “Everyone, including the band themselves, absolutely loved the GLP FR-1 and KNV’s. They had seen the Bars when we used them in early 2018, and they requested them again this time around. In fact, the X4 Bar 20s are starting to get a name for themselves among artists.”