In Park Royal, West London, a digital fight back is brewing. Innovation is being threatened by replication. Progress is under attack. Counterfeiting is becoming more commonplace, and Avolites is saying ‘the first rule of the fight back is let’s talk about the fight back’.

Avolites is on a mission to share its story and galvanise both the AvoLife community and the industry as a whole to join its war against the pirates. They have also started to spearhead an alliance between major lighting console and media server manufacturers to enbolden its campaign. 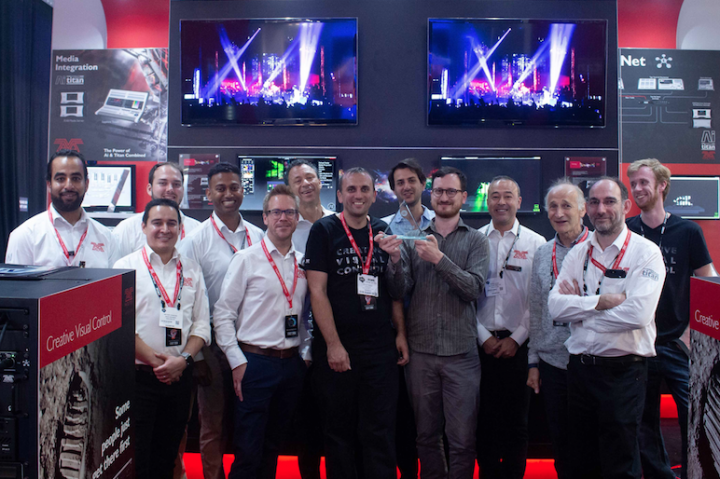 “We have a unique opportunity to join forces with our genuine rivals to form a united front against forgers who are reverse engineering our products and stealing our IP,” says Avolites’ Sales Director, Koy Neminathan. “We relish competition from other innovative, authentic manufacturers, as this drives forward new features and products – it’s great that we can team up in this way to stamp out those who are threatening not only our individual businesses but our entire industry.

“However, we do not welcome competition from fake companies who produce substandard copies of our kit. When these fraudulent products make their way into the supply chain it’s not just the originating manufacturer that suffers, but also the distributor, the rental operation, the end user and potentially even the artist, the performance and the audience.”

Counterfeiting is an increasing problem. It’s estimated that as of 2019, there are more fake Avolites consoles running cracked Avolites software on the global market than genuine ones. People who purchase these low-grade machines have no after sales support and if the purchaser knowingly uses it as a counterfeit product, there is even the possibility that it could compromise the user’s public liability insurance.

Avolites has invested time and money into developing a hardware USB licence protection option, known as the AvoKey. It’s a simply plug-and-play device for both lighting consoles and media servers designed to protect and secure, and will be available from the release of v12 Titan and Ai software. It is pre-installed in all new Avolites lighting consoles and Ai media servers, but all current models will require it to be retro-fitted.

Users will not be obliged to upgrade their machines. The company will update the current software with point releases so users who decide not to upgrade will still have a great experience. However, the Titan and Ai v12 operating systems will only work on genuine Avolites consoles and servers with an AvoKey installed. Both Titan v12 and Ai v12 will ship with a raft of powerful new features, including the highly anticipated Synergy feature set, that allows seamless integration between lighting and video control.

“The AvoKey is the result of six months of R&D by the Avolites team – it’s a tried and tested, encrypted system that offers maximum protection against hackers,” explains Stephen Baird Smith, Avolites’ Sales Manager. “It’s vital as part of the toolkit to futureproof innovation.

The cost of the AvoKey is £50 in the UK and the equivalent in other territories and is available from local distributors, with simple instructions at avolites.com/avokey. “We don’t want to charge for the AvoKey, but it is necessary to cover the significant cost of the hardware,” Baird Smith continues. “The good news is that it’s designed to cause minimum disruption so end users can continue creating and controlling amazing shows.”

Avolites’ Business Development Director, Steve Warren, adds, “The AvoKey represents a turning point for Avolites. Counterfeiting is a huge weight on our shoulders, preventing us from investing as much as we could in developing the innovative new kit and features that our customers expect from Avolites. We’re calling on our community to join our fight against theft.”

“We realise that we can never totally stop the counterfeiters, but we are determined to do everything in our power to protect our products, our end users and our industry,” Neminathan concludes. “This really is crunch time, and we hope you’ll join us in our fight for what’s right.”