The Houston Livestock Show and Rodeo (HLSR) is the largest livestock exhibition and rodeo in the world, drawing more than two million people each year. An especially large draw is the 20 consecutive evenings of rodeo and concerts held at Houston’s NRG Stadium. HLSR recently unveiled a new star-shaped concert stage and backdrop truss structure for the shows that supports LED video and hundreds of intelligent lights, among them Elation Protron Eclypse™, Elation Paladin™, and Elation Fuze Wash Z350™ fixtures.

Production company LD Systems has been working on HLSR since 1985 and for the 2019 version (February 25 to March 17) again provided complete audio, video and lighting production services and technical support for the NRG stage. LD Systems deployed a stadium-wide system of automated lights that lighting designer Nathan Brittain used to create spectacular looks for a star-filled lineup of nightly concerts that included names like Tim McGraw, Brooks and Dunn, Zedd, George Strait, Santana and more. 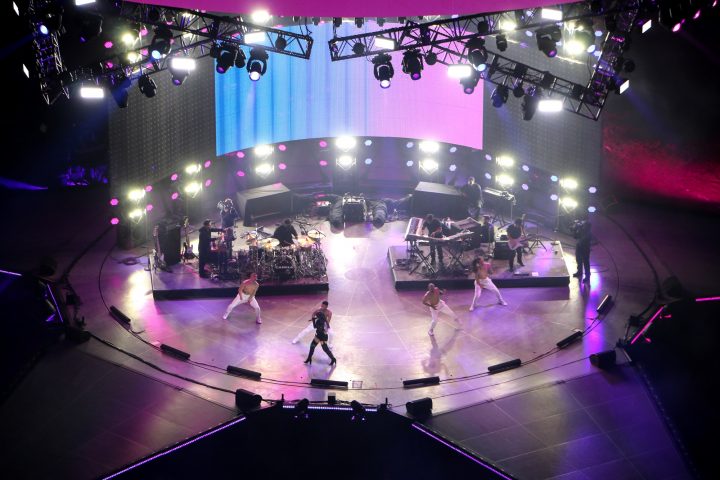 Multifunctionality has become an increasingly important aspect of a lighting fixture with Brittain employing Elation’s new 4-in-1 Protron Eclypse hybrid LED luminaire as a strobe fixture from overhead while also using it for eye candy effects for the audience. “We also washed the seating bowl in color at times. In fact, we used all its functionality – blinder, strobe, wash light, and eye candy effect,” he said. “I had them in 6-zone mode, which was sufficient to be read well from far away, even in a football stadium.” Some 56 Protron Eclypse fixtures were used in the setup located on multiple levels all around the main overhead lighting system above the stage.

With ninety-six 10W RGBW LEDs producing 26,000+ lumens of power, the Protron Eclypse offers a full spectrum of color options. Brittain continues, “One of the key features of this fixture is the size of the front face. I was looking for something with a large aperture for this show because of how large the venue is. The Eclypse is definitely one of the largest faced fixtures of its kind that I’ve seen. Of course, the intensity and colors are excellent as well. We also love that they are IPX4 rated for other shows that require us to use them outside.” 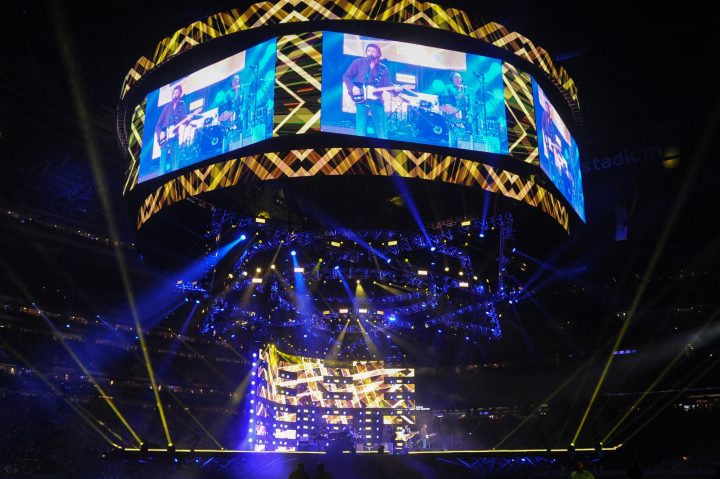 The designer says the Eclypse lights helped complete the look of the system when looking at the full picture. “The stage has a lot of pixel elements from several fixtures and I think the Eclypse’s continue that theme up to the overhead system,” he comments. “They really help to tie it all together.”

The Houston Livestock Show and Rodeo not only educates and entertains the public as a showcase of Western heritage, it also has a philanthropic element by supporting Texas youth. “The LD Systems team is proud to support the incredible charitable accomplishments of HLSR and is honored to provide technical support for this great organization,” Brittain concludes. “And thanks to Joe Adams and Elation for all the support!”