Vincent Fenton, working under the name French Kiwi Juice, or FKJ for short, delivered his first long player in 2017 and 2019 sees the French multi-instrumentalist tour Europe and North America.

Vincent Fenton, working under the name French Kiwi Juice, or FKJ for short, delivered his first long player in 2017 and 2019 sees the French multi-instrumentalist tour Europe and North America. Described by the press as ‘one of the flag bearers of the New French House musical genre’, FKJ is also heavily involved in the visual objectives for his live performances and his concerts guarantee visual as well as musical excellence. 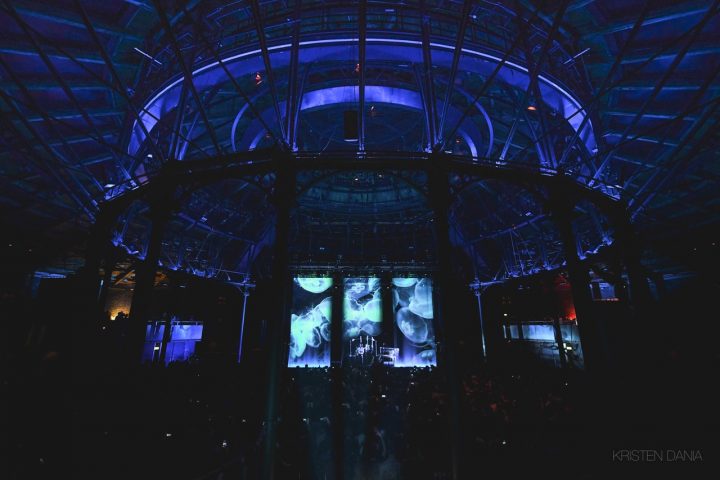 For this tour, FKJ appointed Stu Dingley as creative director and production designer. Stu is also lighting designer, with Will Smith positioned as lighting director, and video content was created by Lorenzo Depa, Sugo Design and FKJ himself. With the show running to a Timecode, the music structure of each track remains the same, however, FKJ inserts different live loops of music meaning audiences experience a different performance each night. Here, Stu employed a brace of Hippotizer Boreal+ Media Servers to control the Timecode, with layers split between Timeline and the grandMA2 light. A hugely effective feature of Hippotizer V4+, Timeline enables Hippotizer to save and playback complex shows across the Hippotizer network.

Shrewdly playing with transparency is a key mien for this show’s look and, in order to maximise the theatrical effects, Stu and the team don’t use haze – so, be it different key light angles, projection, silhouettes, or actual physical screen movement, there are no clues to point to the origin of the light sources. Joining the Hippotizer Media Servers in the line-up is a double-stacked pair of Barco UDX-W32 projectors, outputting 1080p resolution, as well as a custom, clear acrylic piano loaded with six ROE Visual Magic Cube MC-18H LED panels as a separate mix on the servers. The main screen comprises three 10x30ft strips of semi-transparent black silk from ShowTex, with the material appearing and disappearing on Wahlberg Motion Design rollers located in the proscenium. 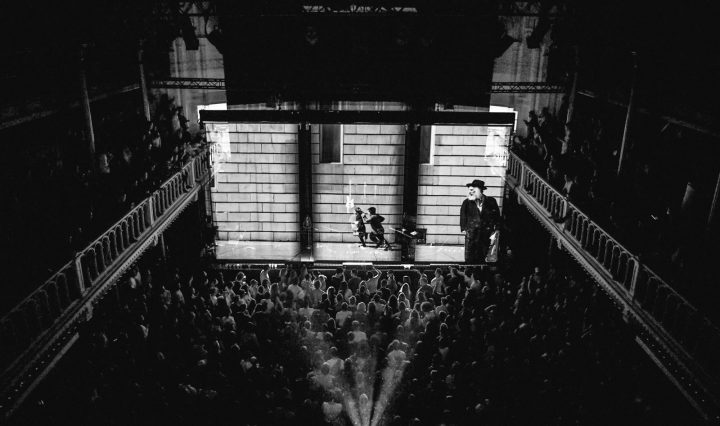 The team also created around 17 live masks, some adding vignette effects to make the material less defined, others enabling different shaped windows through which the audience can view FKJ, and various performance areas on the stage, plus a single live mask for the piano. And to satisfy the demands of an FKJ audience – Monsieur Fenton is a multi-disciplined musician and his fans love to see how he performs on a macro level – the event design uses four mini-cameras, placed around FKJ’s instruments and so delivering incredible insight to the entire crowd.

“Hippotizer has been my server of choice for a while now. It is simple to use and, when it comes to attribute control and data management, it follows a lighting programmer’s mentality. Live updating of attributes from the console is great too, including the likes of camera contrast and brightness. A lot of the fine tuning is stored in the setup cue on the console and tracks through each song. We then fine tweak the setup cue as the tour goes on.” states Stu Dingley, Creative Director and Production Designer. “Not having to set everything up from scratch in a new machine and always having a base set of attributes in the same place every time on a different project is great. It gives you real confidence in the product and a wide set of creative parameters to work from. Green Hippo’s technical support is also outstanding. Being able to remote in and walk us through problems with their mouse is unbelievably helpful!”