El Lugar de Su Presencia (The Place of His Presence) is a neo-charismatic Christian denominational church in Bogota, Colombia, currently headquartered on two sites in the Castellana district of the buzzing capital city.

These two venues are on opposite sides of the same road. The first arena was built in 2005 with a capacity of 3000, and in 2017 the new building was constructed to contain an overflow congregation of up to 1500 people. 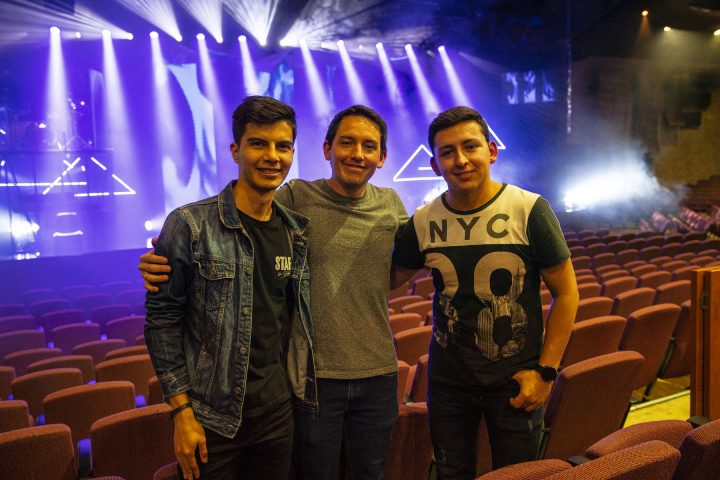 They have Robe Spikies, LEDBeam 150s and ParFect 150s installed in these two main venues, where all-things technical are looked after by technical manager David Zamora, who is also a lighting designer.

David has worked there for six years and manages a full-time technical team of around 50 – covering all aspects of these two auditoriums – from staging to IT – plus five other sites around Bogota. They have around 400 volunteers regularly involved in sound, lighting, cameras and the video elements, staging weekly worship services across all these sites.

With so much interest in technical elements amongst the many volunteers, the Church offers a valuable potential opportunity for budding future industry professionals to get fully hands-on with the kit.

El Lugar de Su Presencia is also well known for its ‘house’ bands which are active in the worship sessions and at other gigs with an independent fanbase, so it’s a hectic pace and workflow keeping track of everyone and everything! The eight or so weekend worship sessions accommodate around 45,000 people!

Robe moving lights were chosen for the two main arenas because “they get worked extremely hard and so we needed strong and reliable fixtures”, stated David who was part of the team making the decision. Apart from that, they all believe that Robe is an excellent brand.

The Spikies were the first to join the congregation two years ago, picked for their beams, small size and because they were LED sources. (The venue already had 28 older moving lights from another brand plus some general profiles and fresnels.)

There’s not massive headroom in the main venue, so they wanted small luminaires, and LED was selected for all the usual advantages it brings to a busy venue, like reduced power consumption, ongoing running costs… and extended lifespan.

“We are all delighted with them” commented David. 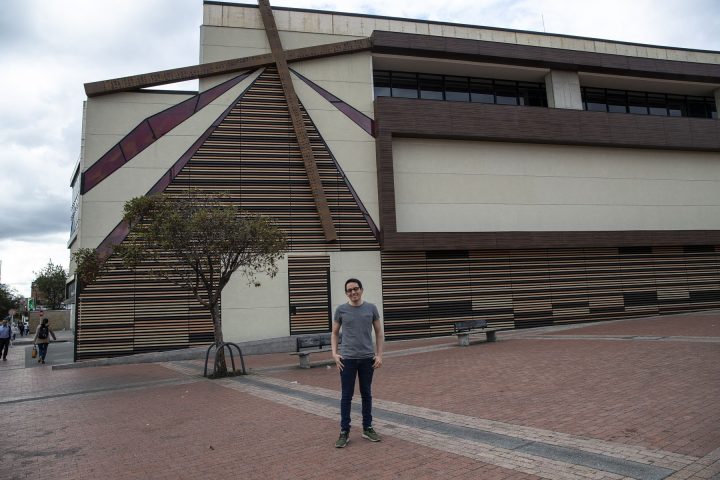 The Spikies are great for their versatility, the minuscule dimensions and the flower effect which makes it so much more than just a beam light.

They then purchased eight LEDBeam 150s for the new auditorium when that was launched in 2017… together with PARfect 150s for the main one. David likes the power and punch of these, the small size is again a factor along with the zoom range, and their large auditorium can be illuminated with just a few fixtures.

He’s already hinting that this year they are likely to need more moving lights when auditorium number 8 is completed… adding capacity for another 3000 people!

The El Lugar de Su Presencia services are lively, upbeat and entertaining – quite a razzmatazz and it’s important to reinforce the pastor’s proactive performances and the onstage action with the appropriate lighting and visuals.

David and his team were initially introduced to Robe by Juan Camilo Triana, technical sales specialist from local distributor AVcom Colombia, and they mention that the technical support, training and after sales is “excellent”.

He has seen Robe grow and become increasingly established in Colombia, even in the short time since they bought their first Spikies. “Robe initially became known here for their Pointes, but since then, the LED fixtures are becoming ever more popular and established. For our venues, taking the LEDs made the most sense”.