The great event created in Ho Chi Minh City was located in Hoa Lu Stadium, one of the biggest venues in the city, where more than 20,000 people brought joy and tears of emotion for the special 80th anniversary of the most important artists and people in the Vietnamese culture. 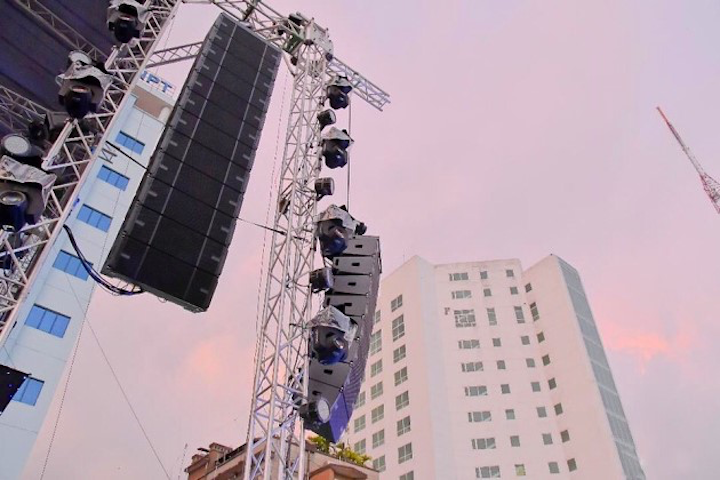 The occasion was considered as a must: the poet, musician and painter Sơn Trịnh Công born in 1939 has an evergreen notoriety that comes by years of activity and production in the field of multiple arts: he’s nationally considered a symbol of the resistance of love against the atrocities of war and social inequities as evidenced by the themes of his works.

Today as then, the youngest people, adults together with the elderly and children came from all over the country to celebrate his memory: a great concert-event enlighted that memory that is still alive and pulsating in the heart of the Vietnamese people.

Some of the most popular and important stars took the stage to interpret the poetic greatness of Sơn Trịnh Công, supported by a powerful PA branded VIO Series, which was set up and configured by Five Star Media:

Although the years have not dwindled the affection of many generations for Sơn Trịnh Công, he was also an artist of international records: the first to have conquered Japan with over 2 million copies sold, the first artist to appear on the homepage of Google, the most influential character for all generations.

dBTechnologies also supported the secondary stage of the large concert with the ES system chosen as PA dedicated to anyone in the audience who wanted to offer a personal tribute to the unforgettable poet during the intense afternoon before the big show.

The whole city mourns the loss of the poet but continues to look to heaven with hope and faith in his words.