RCF are presenting a host of new and updated products here at Prolight + Sound 2019, as well as showcasing product ranges in the outdoor demo area. 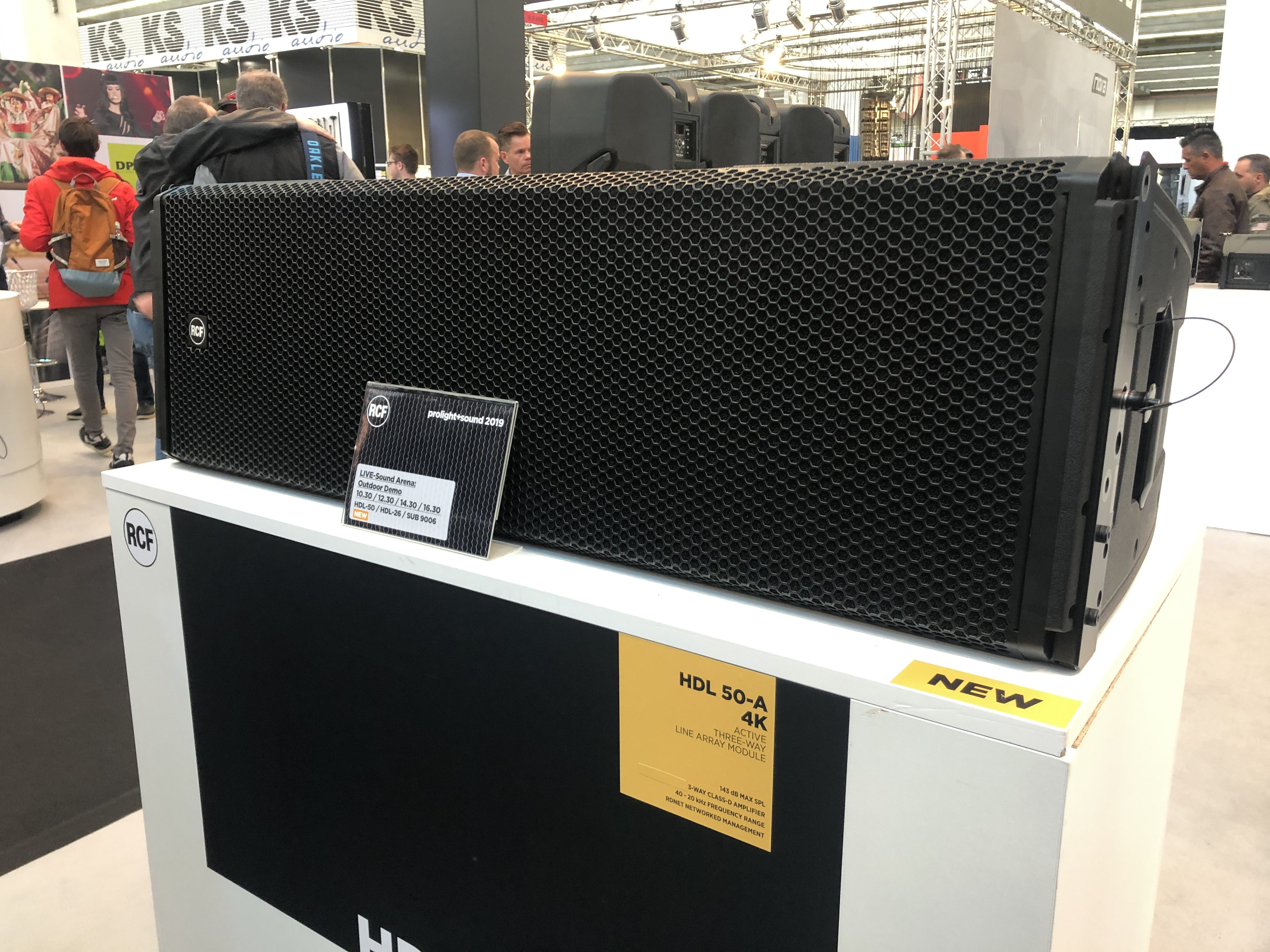 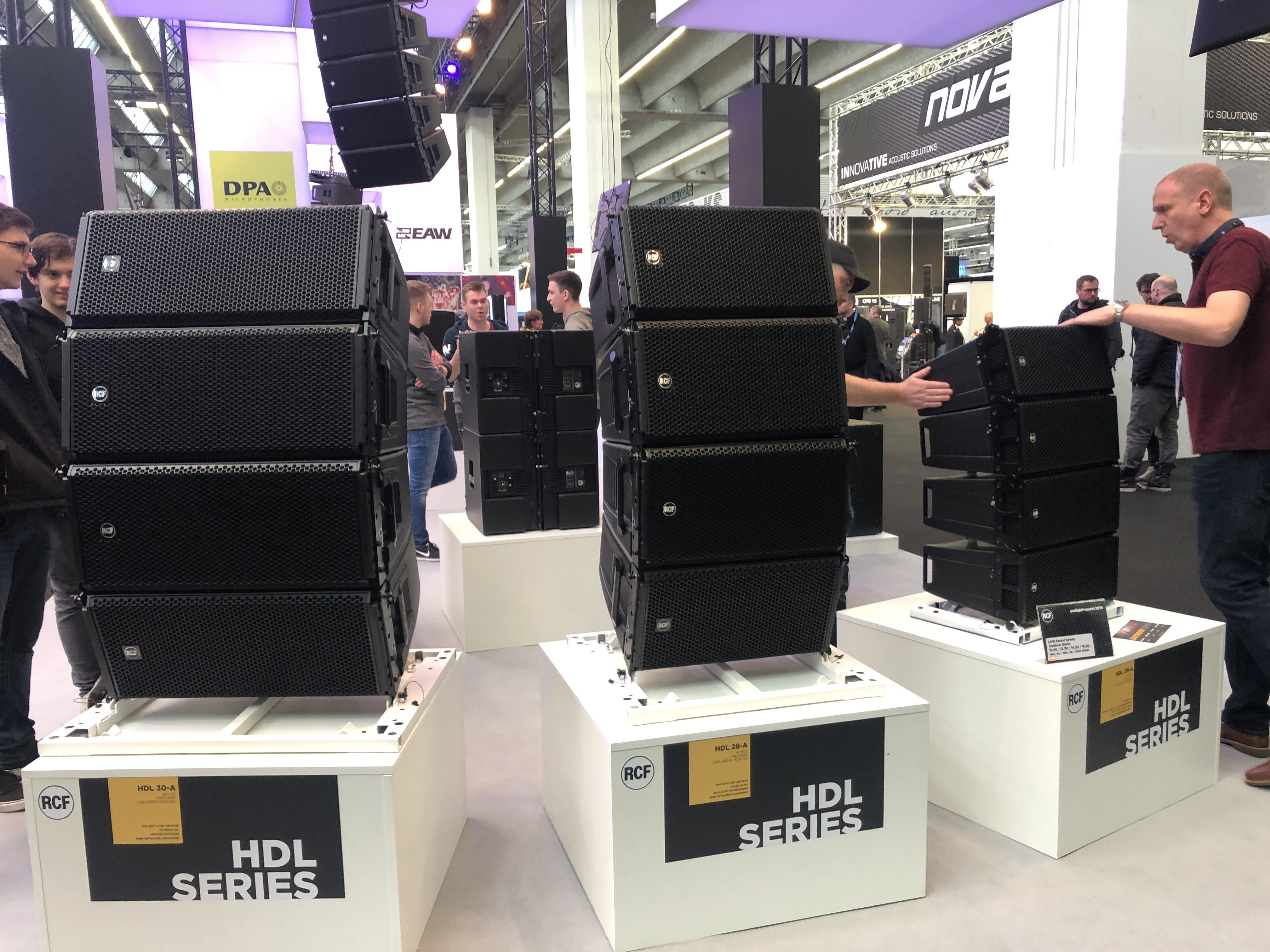 RCF’s popular HDL range has now been divided into two sections, with the HDL 6-A, 10A and 20A providing effective solutions for rental companies and plug and play companies. We then have the HDL 26-A, 28-A and 30-A adding enhanced feature-sets, including onboard networking via RdNet, and FiRPHASE fitted as standard, as well as utilising neodymium drivers.

There’s updates to the company’s point-source offerings also, with 15” additions to the company’s existing range of 12” HD cabinets. RCF now adds HD 15-A, 35-A and 45-A – the later featuring onboard RdNet, meaning it can be utilised as a front-fill or delay speaker with remote control of the necessary parameters. 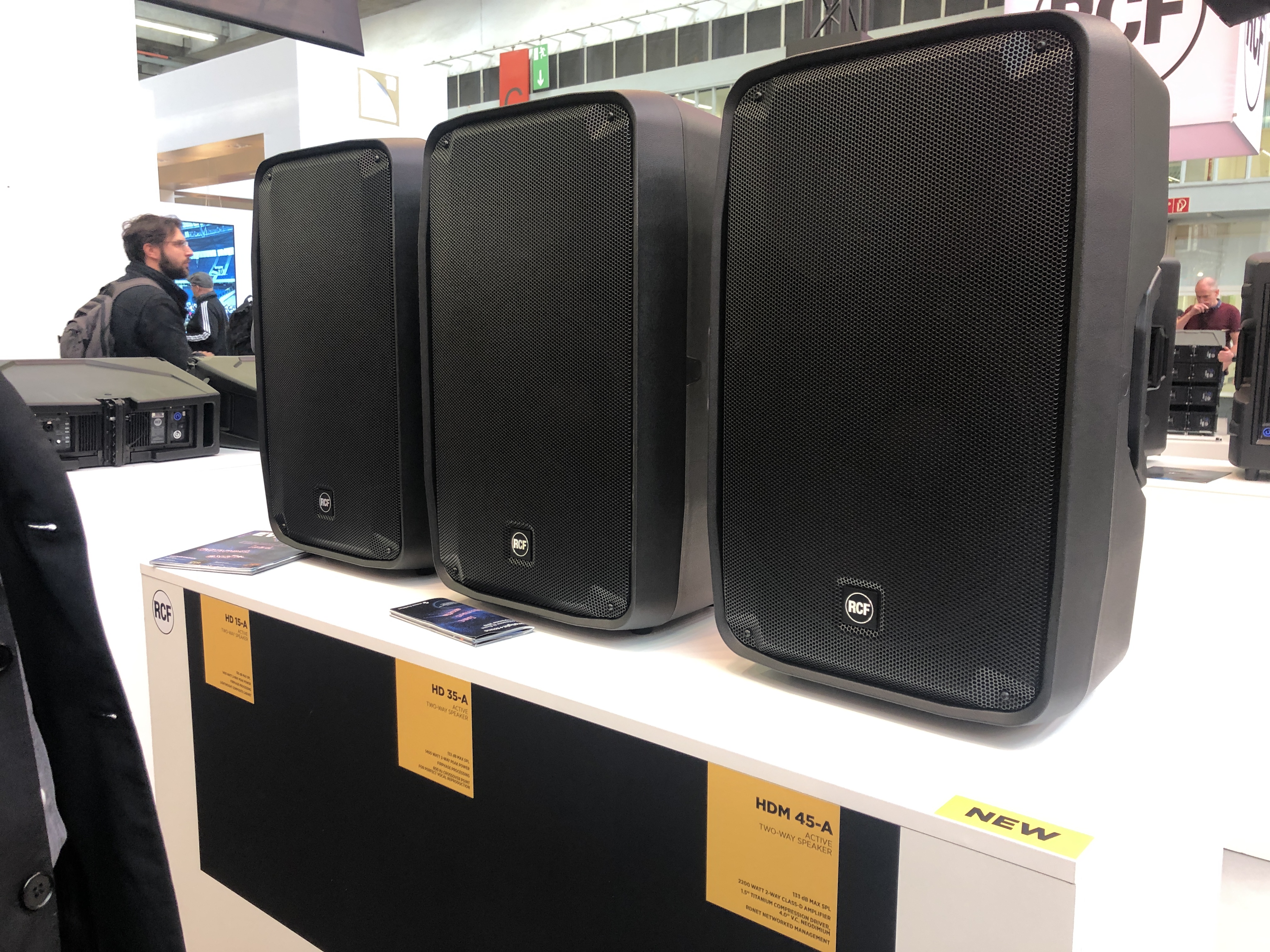 Next up is mixers, firstly in the analogue domain with the addition of a 24 channel console – F24XR. Phantom power has been divided into two banks for this console giving increased control over the additional channels available. 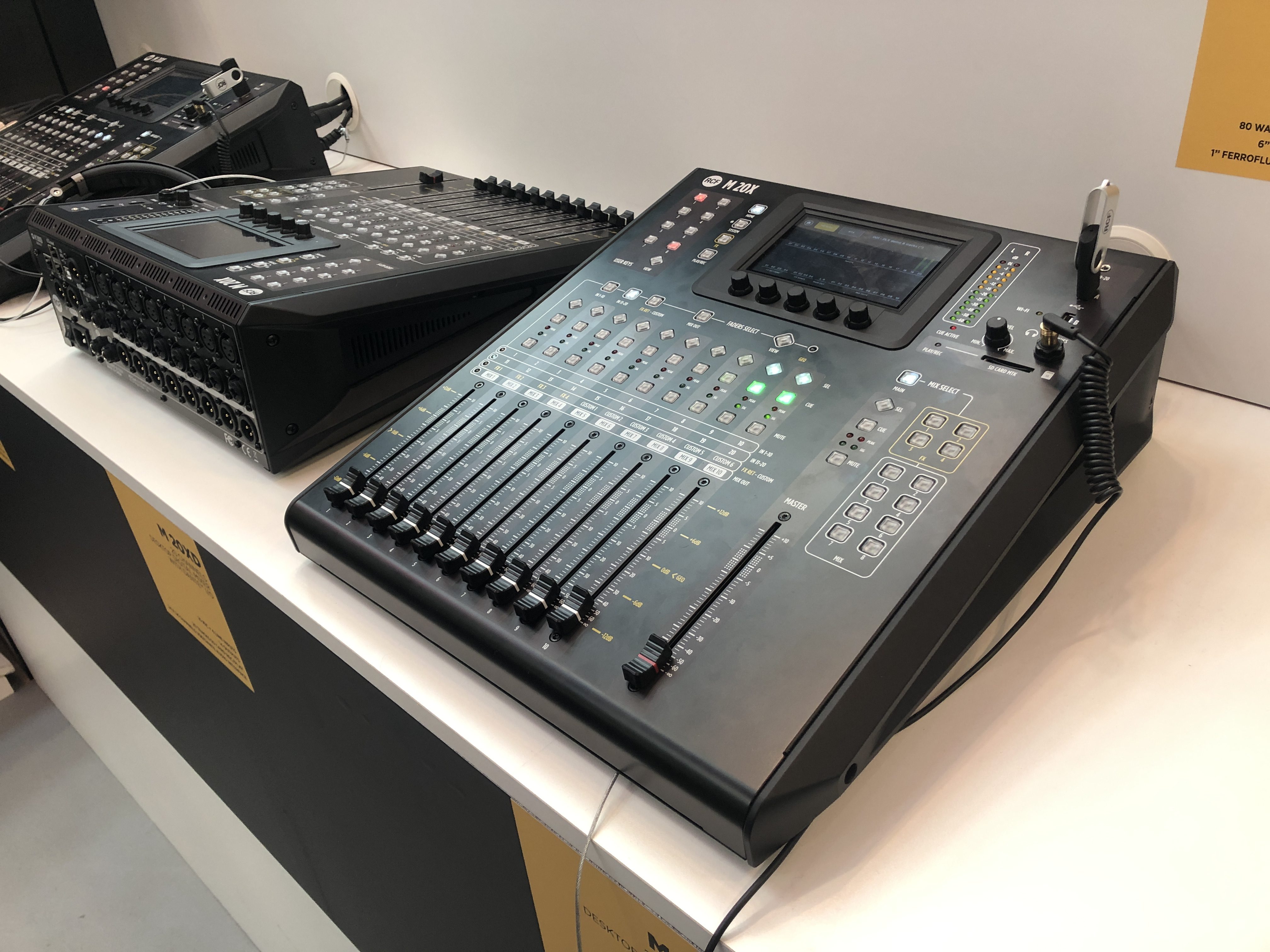 As for digital, RCF are proud to announce M 20X, a 16-preamp digital console offering 20 inputs in total. A five-inch capacitive touch screen provides control for a multitude of onboard features, including fx processing with hi-pass, gate, 4-band parametric EQ, compressor (channels 1-16) and gate, with four internal studio-quality Z.CORE FX engines. Each input has a selectable input, allowing the user to select from analogue input, stream over USB from a DAW, or Record or Playback from an SD card on up to 20 tracks. 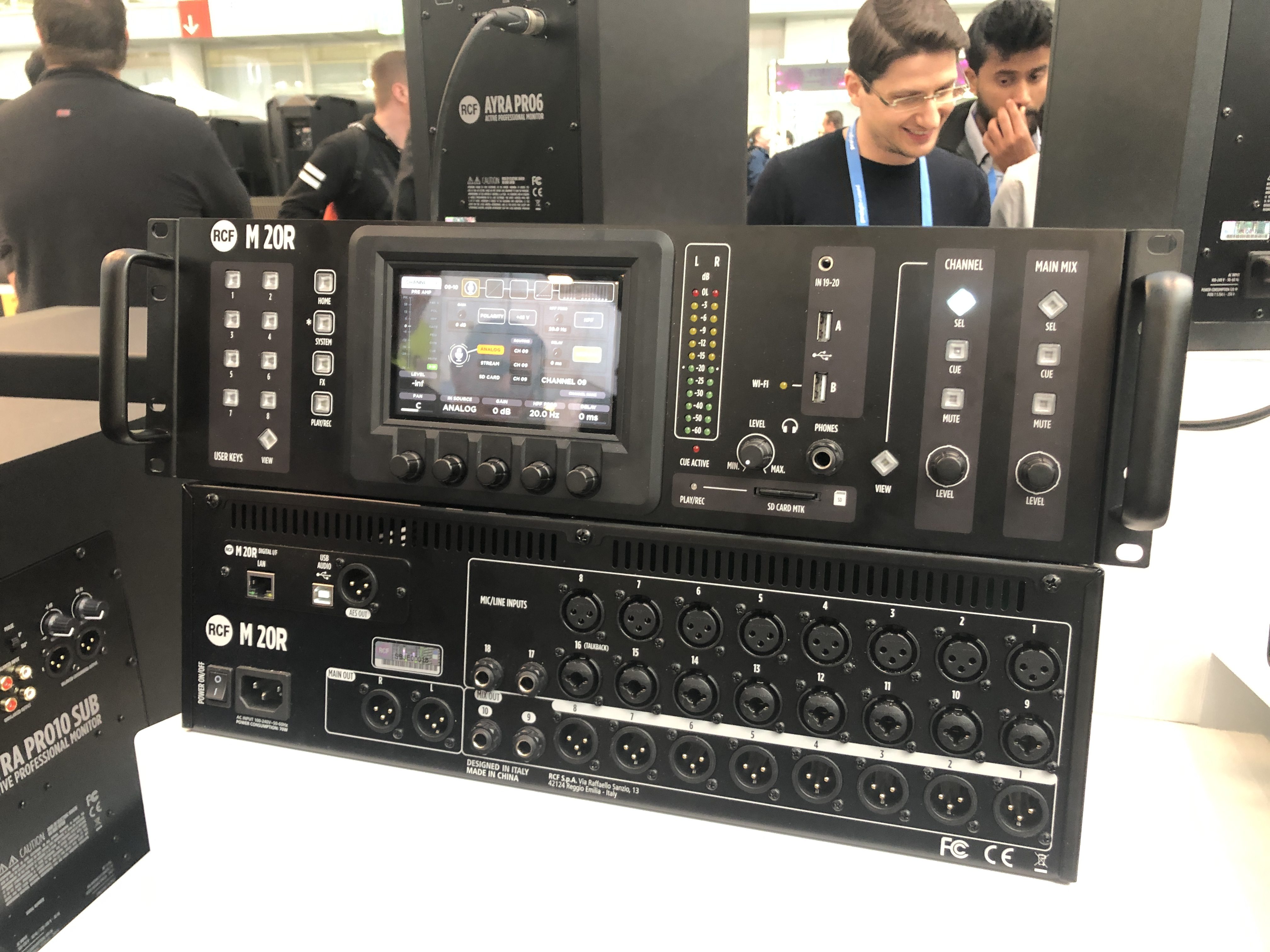 A dedicated remote app, based on RCF’s MixerMote, can be used via a wireless dongle connected to the console’s second USB slot. There’s also a rack-mount version of the console available – M 20R – and both units can be factory upgraded to include Dante comparability.