From virtual and augmented reality, via spatial audio, to 3D mapping and hologram projection: the ‘Immersive Technology Forum’ at Prolight + Sound presents solutions that blur the boundaries between reality and virtual perception. Last year’s première proved to be a magnet for visitors and, following this great success, it is being extended to four days this year. 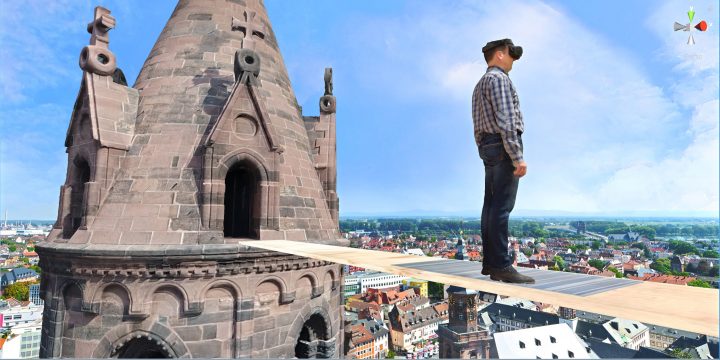 On Tuesday and Wednesday (2 and 3 April), numerous companies, including Astro Spatial Audio, Gerriets, Holoplot, KLANG:technologies, L-Acoustics, Minuit Une, Out Board TiMax, ShowTex and Vioso, will present new products and best-practice examples at the Immersive Technology Forum. On Thursday and Friday (4 and 5 April), the programme is being organised by the ‘VRANKFURT – Virtual & Augmented Reality Meetup Frankfurt’ tech event and network and INM – Institute for New Media and will include presentations and demonstrations of ‘spatial audio for VR and music’, ‘360° panorama video & 3D new realities’ and ‘augmented reality real time visuals & sound’. The lectures will be held in English.

“What began a year ago as a one-day supplementary event has already developed into a keystone of the Prolight + Sound programme. The reactions to the first edition of the Immersive Technology Forum were outstanding and, even before the event ended, many exhibitors said they would like to take part in 2019. We are also very pleased to have two new and potent partners on board, VRANKFURT and INM, which means visitors can not only increase their technical knowledge but also plunge directly into virtual worlds and gain new inspiration”, says Michael Biwer, Group Show Director of the ‘Entertainment, Media & Creative Industries’ Business Unit of Messe Frankfurt Exhibition GmbH.

Highlights of the Immersive Technology Forum: 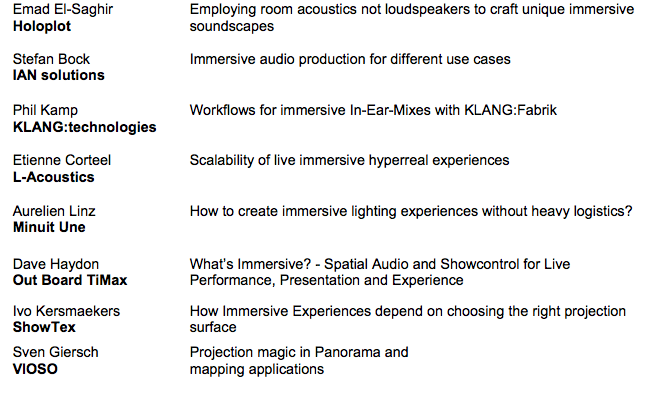 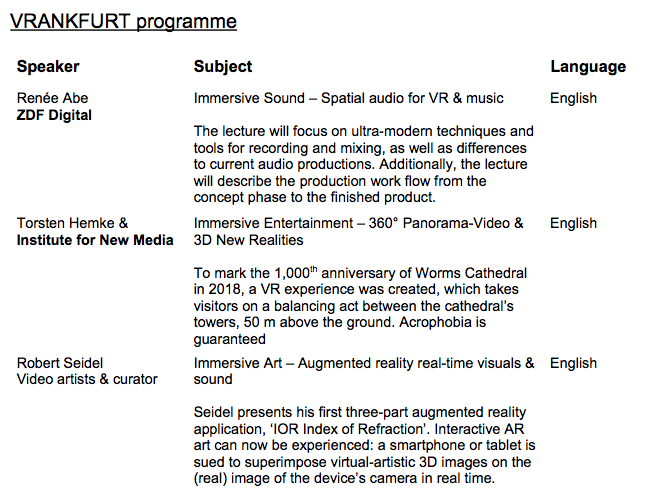 The lectures will be repeated several times during Prolight + Sound and visitors can experience the projects live in the form of VR and AR demonstrations with the aid of HMDs and mobile devices.

Additionally, there will be a work show by video artist Robert Seidel, Berlin, at the Immersive Technology Forum on Friday, 5 April. The works to be seen include the ‘Tempest’ production, which combines abstract video projection with immersive soundscapes and water and fog effects, and ‘Vitreous’, an experimental project chosen for the ‘Visual Music Award’, in which virtual sculptures fill the projection area.

The timetable with information about the speakers and their subjects can be found at www.prolight-sound-programm.com.

The programme of the Immersive Technology Forum will be held in Room‘Konsens’ (Hall 4) from 2 to 4 April and at the Circle Stage (Hall 4.0) on Friday.