From an old warehouse, to a nerve centre for the best national and international music: Magazzini Generali is an evocative space, a recognizable brand and one of the most pulsating souls of Milan’s clubbing way-of-life. In the already large and super-trendy Milan of 1995, among the rows of buildings once used for craft activities and storage of goods, are born the origins of today’s Magazzini Generali: buildings “recovered” from the first dark decades of the 1900s, which transform the memory of an ancient trade in a new philosophy dedicated to the culture of free time. 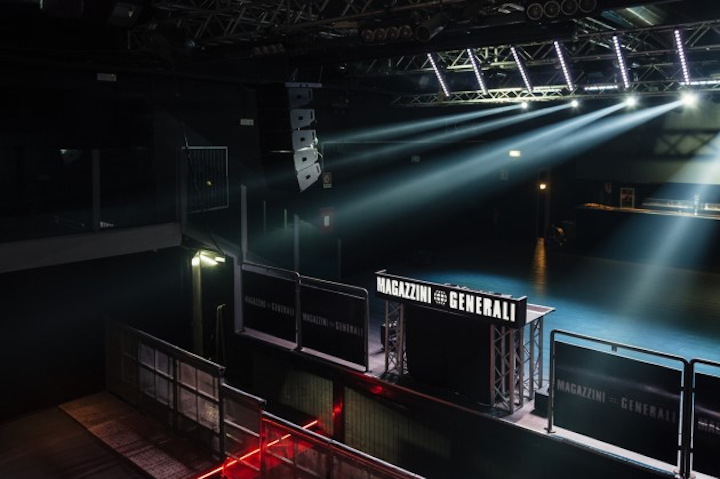 Thanks to the special features of the VIO Series, dBTechnologies’ professional audio experience becomes an integral part of this successful artistic project with the permanent installation of the large format line array – 5 modules of VIO L210 and a small format line array composed of VIO L208 (2 modules as front fill). These cabinets are specifically designed for touring, clubbing and theatre venues, thus ensuring that the two VIO systems meet a venue whose needs correspond exactly to the DNA of dBTechnologies systems.

These aspects are described with very focused statements by Max Forleo from M2F Light&Sound service, Head of Audio at Magazzini Generali, who recognised the VIO’s optimal acoustic performance and the guarantee of a quality acoustic performance, “I have worked for years with the DVA T8 systems and I know very well their versatility and potential. The transition to VIO systems was natural for me: I really like the response of the VIO L210 in live contexts, especially for rock music. I think it’s the best choice in a space like the Magazzini, where the programming ranges between different genres”. 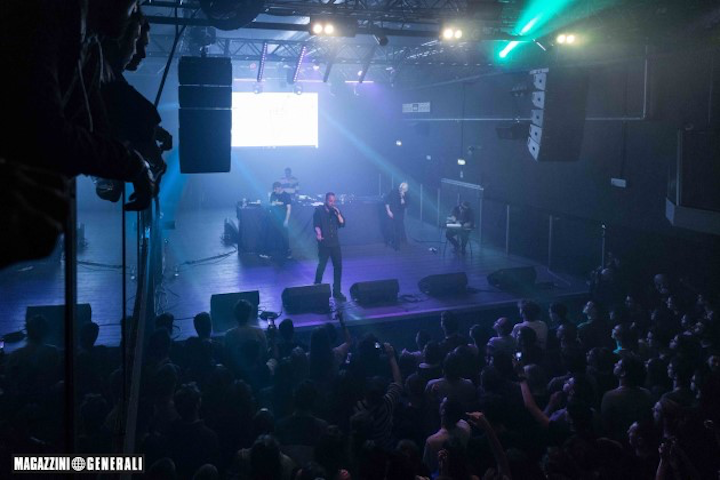 Together with VIO L210 and VIO L208, the PA configuration is completed by another dBTechnologies system: 4 DVX DM15TH as stage monitors will ensure optimal coverage for the artists on stage.

The spirit of this ancient industrial past still surrounds the structure, giving it an unmistakable allure and creating a fascinating mixture with the present. Magazzini Generali is therefore not just a concert location, but a multimedia space, multifunctional and multi-purpose – open to inspirations, suggestions, philosophies, trends and ideas that meet each other in the joy of living and sharing in an artistic existence projected with incessant curiosity to the new and the different. 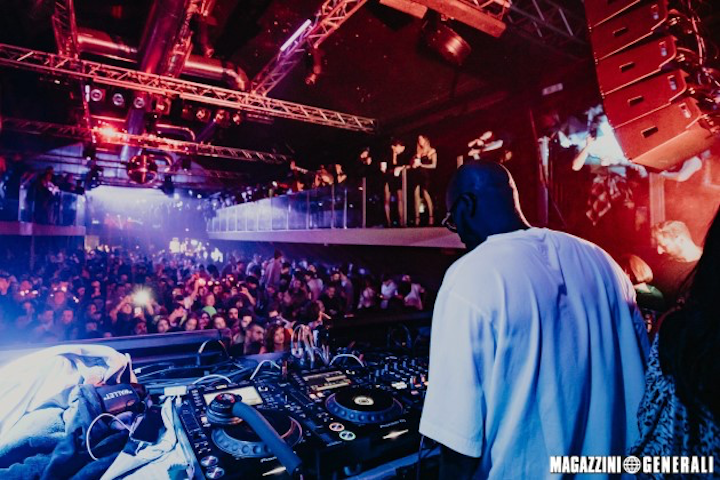 The most recent events include the popular live concerts of Radio Due RAI, the numerous shows of famous artists such as Chemical Brothers, Fedez, Sven Vath, Ricardo Villalobos, Miss Kittin, Tiga, David Guetta and the participation in many prestigious initiatives signed by important companies such as Coca-Cola, Nissan, Mondadori, Chanel, Tim; last but not least, in 2005, one of the most important awards: “Best Club”, given to the venue by MTV Clubbing.