The B-EYE has revolutionised the way we think of LED show lighting. Its innovative optical unit enhances the uniformity and efficiency of the light output. The rotating front lens and the possibility to control each single LED individually have made spectacular kaleidoscopic projections and charming eye candy effects possible. A sophisticated effect engine has made it easier to routinely use macro effects, which would otherwise be difficult to program.

Claypaky markets the HY B-EYE with the same successful features, which have been enhanced and further enriched: the HY B-EYE is more powerful, more efficient, more interactive with the media server (Kling-Net protocol included), more versatile and even quieter than ever.

More powerful: The HY B-EYE fits 40 watt Osram Ostar RGBW LEDs. They are twice as powerful as the LEDs found in the original B-EYE. 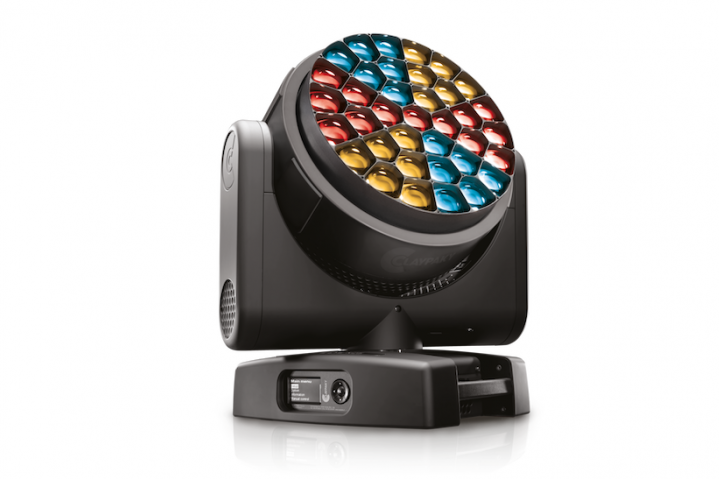 Higher luminous efficiency: The HY B-EYE is extremely bright thanks to the combined effect of its light source and its special optical unit, which was designed by Claypaky and optimized to make the most of the power of the LEDs.

More intelligent and easier to program: The HY B-EYE is the first Claypaky light to be developed with Kling-Net protocol built-in. Kling-Net is an advanced plug-and-play control protocol developed by the digital media specialists ArKaos. The benefits of using Kling-Net are all aimed at enhancing the lighting designer’s creativity, while making the management and synchronization of LED light parameters and functions more simple. 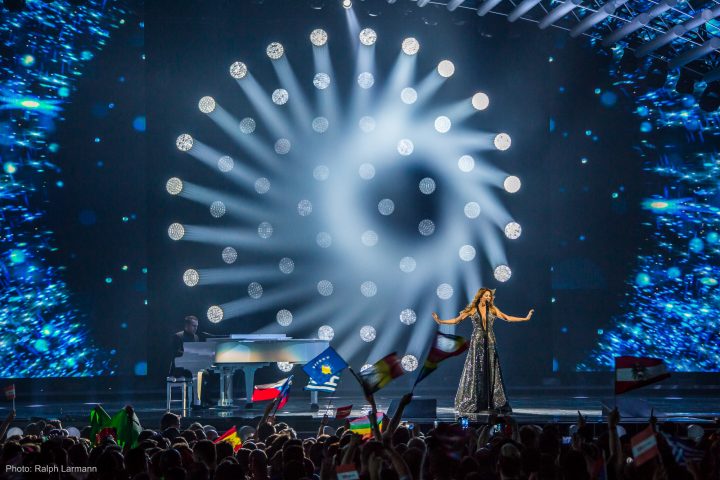 More versatile: The HY B-EYE is not only a new, more powerful wash light, but it also projects extraordinarily visible aerial effects, thanks to the light beam being twice the original power. Thanks also to the 4°-60° Linear Zoom (with automatic retractable lens when the projector is turned off), the HY B-EYE is now a truly universal light, able to adapt magnificently to small stages and rigs, and to large events.

More silent: It is even quieter than the previous model. Several HY B-EYE units can be used in TV studios without fear of disturbing the show in any way. A new compact, functional body with a practical, elegant design makes the HY B-EYE ergonomically simple to install on any stage.