Bose Professional is now shipping the two newest models in its line of PowerShare adaptable power amplifiers: the PS604D (600 watts divisible into 4 channels) and PS404D (400 watts divisible into 4 channels) featuring Dante networking capability. Both new amplifiers support four audio input channels from a Dante network, have the ability to mix onboard analog inputs with digital Dante inputs, and give installers the freedom to place the amplifier away from the source location. 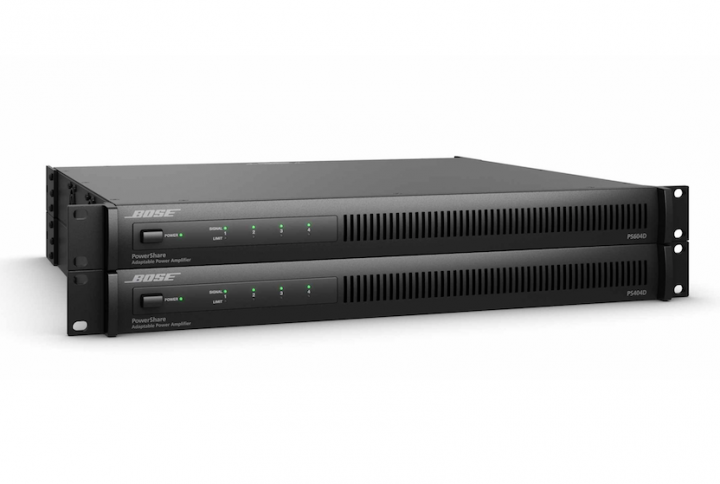 With the initial introduction of PowerShare adaptable power amplifiers in 2016, Bose Professional armed installers with a powerful new advantage — the freedom to put amplifier power where it’s needed and waste less of an amplifier’s drive potential where it’s not. “The notion of a multi-channel amplifier that breaks free from the fixed-power-per-channel architecture has been well received,” reports Bose amplifier product line manager Ashraf Elghamrawi. “Integrators told us that ‘power-sharing’ makes their projects more responsive, and they asked for digital input options for even more flexibility.”

The new models are now available.