The Digbeth district of Birmingham city centre has long been associated with the development of the British electronic music scene. Over the years, the regeneration of many of its old buildings has seen a vibrant club culture firmly established in the area. Located in a former church, The Monastery is described by some as the current Mecca of the Birmingham club scene. It was designed and constructed from scratch, by a team of determined, experienced ravers, motivated by a common aim to create the ultimate music destination that put art before profit. An instinct for moving with the times informed their decision to seek a new sound system for the hugely popular 200 capacity venue. The Monastery chose a Pioneer Pro Audio XY Series system. 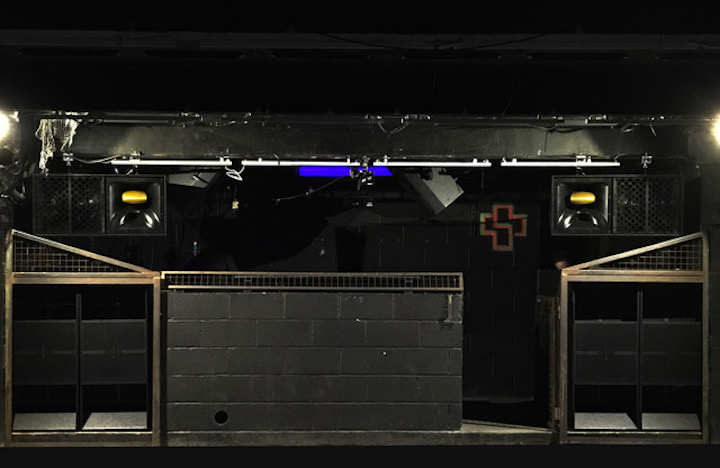 The pre-existing system looked the part and had served its purpose reasonably well but the sense was that audiences have become far more discerning where audio is concerned and it was important to deliver sonic excellence that could keep pace with highest expectation. The club’s developers had witnessed the impact of Pioneer Pro Audio systems in action in some leading venues in Ibiza and had been impressed by their exceptional power and clarity.

Trusted installer, Paul Adamson of The Audio Group, was engaged to install the system, which comprised 2 x XY-3B speakers and 4 x XY218HS subs. The XY-3B is a three way full range loudspeaker, comprising a 1” compression driver, which produces crystal clear HF. Thanks to its moulded bi-horn, this blends seamlessly with the clean and precise mid-range delivered by an 8” cone driver using Pioneer Pro Audio’s X-Phase system. 2 x 12” cone drivers complete the picture to create tight, chest-pumping low end. The XY-218HS is a dual 18” horn-loaded subwoofer which delivers the intense, high SPL required in a cutting-edge environment like The Monastery. On this occasion, the XY-3Bs were flown horizontally with their horns rotated, in order to obtain optimal coverage. The system was also includes 4 x XY-122 12” two-way speakers for monitoring and delay and is driven by Powersoft amplification. 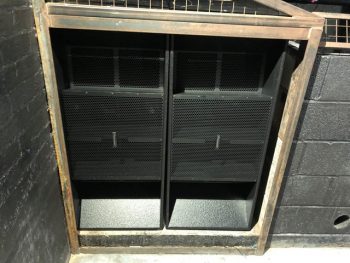 Paul Adamson, Managing Director of The Audio Group is pleased with the outcome: “The Monastery was already well known throughout the Midlands for its sound system, so when choosing a replacement with the owners, it was essential that great care was taken to ensure that the venue progressed and built further on its reputation for delivering not just high SPL as an extreme sound system but also the fidelity expected by their demanding clients. The XY series system delivers everything that’s expected of it and a little more! To say that the system is intense would be an understatement. We’re really pleased with the result, as is the client.”

The Monastery team are more than satisfied that their decision to choose Pioneer Pro Audio’s XY Series has been vindicated. The venue is still under development, with plans to add further rooms, a studio and an outside space. The success of this install indicates that Pioneer Pro Audio’s presence at the venue may well be expanded in the very near future.