Behind the now well-known panda mask is one of the most versatile and successful artists in Germany. Cro, whose real name is Carlo Waibel, has not only given the German rap scene a new face, he is also a designer, producer and director. 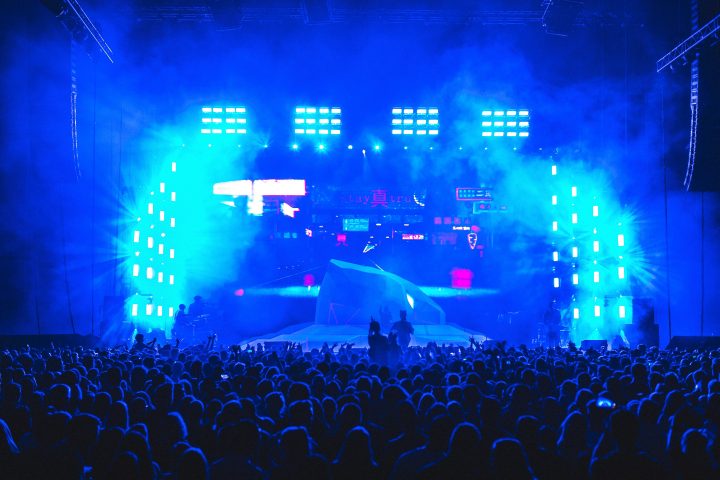 After a club tour that was sold out within minutes to promote the new album, he returned last autumn – again for an indoor tour – and as expected blew all presale targets.

Loeffelholz von Colberg and Nikitser were keen to create a set that was as simple as it was effective, and decided in favour of GLP’s JDC1 hybrid strobes and new KNV modules as the building blocks. “If a design is to be simple, then individual lamps must be able to fulfil several functions,” says Clemens. In addition there are a few typical requirements for rap and hip-hop artists, namely many colours and strobes for the hi-hat sounds, and the right degree of punch and assertiveness. “The JDC1 was simply the best choice because it’s the best hybrid strobe on the market right now,” he qualifies. And Manfred Nikitser adds: “I think when it comes to LED, GLP has its nose in front – especially when it comes to innovation. I have always found it very exciting to use their lamps and video elements, and there is simply nothing equivalent in the market at the moment. It fits all requirements – the colours, the brightness, the effects.” He was particularly impressed by the possibilities offered by the JDC1. “It just always looks different, I can control each pixel individually, the tiles or the tube individually or use in combination,” he says, describing the possibilities of the JDC1.

True to their idea of using each lamp in a multi-functional way, the two of them deployed GLP’s hybrid JDC1’s not only as strobes, but also as washlights and blinders. “A real effect spinner,” says Manfred Nikitser, putting it in a nutshell. “The JDC1’s were mounted in the tower constructions, making the stage bright. In the breaks, we just turned them forwards and used them as blinders. That nearly always gave us more impact than we needed.”

Also included in the inventory were the new KNV modules from GLP. “We needed something to stage the characteristic mask. The eyes needed something that was virtually seamless and also had enough power to function through the plexiglass. With its design, its output and its modular construction, KNV is simply the tool of choice,” says Manfred Nikitser, describing the challenge, and his consequent solution. 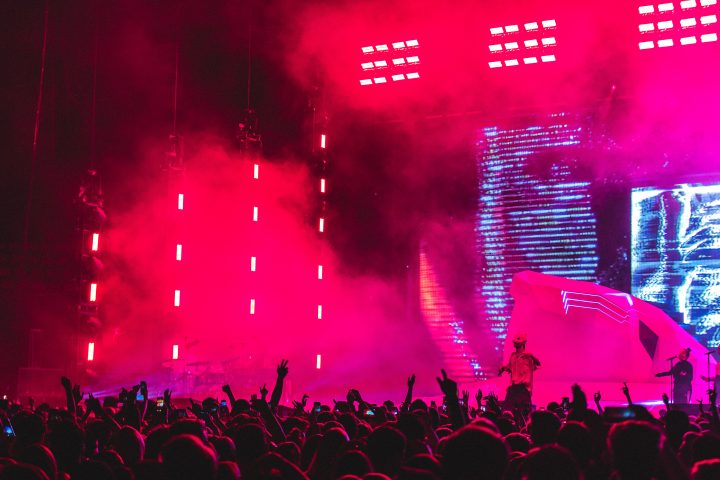 “Both the KNV and JDC1 are simply great,” summarises Clemens Loeffelholz von Colberg. “With the amount of output and Impact of course one immediately thinks of the big shows, but even when used on a small scale they prove very interesting.” And Manfred Nikitser agrees: “In my eyes, the JDC1 really is the first, meaningful colour strobe, offering clear programming and versatile use. A year ago I would have said a dynamic show using only strobes was impossible. But at that time I did not know about the JDC1!”

There is now growing curiosity about the next projects from the two designers. Certainly, GLP fixtures will be there from the start. “With the Ok Kid tour I already had JDC1 out with me,” recalls Clemens Loeffelholz von Colberg. “At the moment, RIN is still out on tour with his album Megatron, playing on a fully transparent stage with translucent X4 Bars. For the GLP light sources, I find it very exciting to use other, unusual shapes, such as the Bars.

Finally, GLP also offers great architectural possibilities – with the impression X4 Bars, the KNV modules and also the JDC1. That always makes it interesting for me as a set designer.”