The history of the Z-Bau Nuremberg, a former barracks, dates back to 1937. In the 1990s, the site was used by the US Army – its hall acting as an officers’ casino and entertainments venue – before later becoming an arts and culture centre. Recently, the heart of this 5,500 square-metre site, a home to artists, freethinkers and musicians, was completely renovated. More than 6 million euros were invested in construction measures, including a new stage, improved acoustics, electrics, lighting and sound technology, making Z-Bau a showcase project for state-of-the-art events locations in Germany. 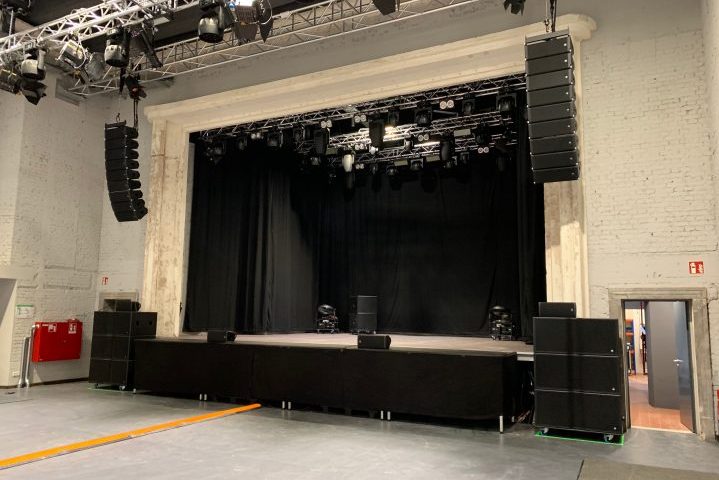 The company into>noise (Andreas Zeh and Tobias Förster) from Munich was responsible for sound reinforcement technology and relied on products from CODA Audio. The gallery, red salon and artists studios at the venue had been modernised two years ago during the first phase of renovation and CODA’s RX40, G712 and HOPS8 loudspeakers as well as U4 and G18-SUB were installed in these areas.

The newly installed main system, serving a 1000 capacity space, consists of 2 x 9 ViRAY, 8 x SCP sensor-control subwoofers and 4x HOPS8 as nearfills. 3 x TiRAY as centre delay line improves speech intelligibility in the range from FOH to the bar in the back. 10 x CUE-TWO and additional G18-SUB for drum and sidefill applications provide flexible monitoring. The existing RX40 and G712 are also used as sidefills, drumfills or DJ monitoring. The entire system is controlled by 6 x LINUS14D and 4 x LINUS-10C. An integrated XTA DP548 controller serves as a 4 x 8 audio matrix and feeds the LINUS14D amplifiers of the main system, including subwoofer and delay, fully digital via LiNET. DANTE is optionally available as input source for the LINUS14D of the main system.

Andi Zeh, project manager of the audio installation in the Z-Bau reports: “I am pleased that the Z-Bau again placed its trust in me as project manager for audio in this second phase of construction. Since the CODA Audio systems have already proven themselves in the past, it was only logical to rely again on the company from Hanover. The particularly distortion-free, high-frequency reproduction is simply something special. The systems are so clean that often one does not realize just what volume the system is capable of. In the Z-Bau, for example, a supplementary DATEQ SPL6 limiter with live regulation for disco operation and an XTI NL2 for self-monitoring of the FoH operator during concert operation, were purchased.

“It’s not just the high frequency driver that’s special – the fast and impulse-true sensor-controlled subwoofers really show their advantages in the Z-Bau. The room’s acoustic construction measures are primarily designed for the mid and high frequencies. Due to the high impulse fidelity and the controllable decay behaviour of the SCP 2x 18” subwoofers used, the room in the low end can be controlled and is only excited as far as necessary.

“When the installation showed that it was possible to achieve a homogeneous sound image in the entire hall with only a few room correction filters, I realized once again why it was right to rely on CODA. Phase linearity and the uniform, very neutral acoustic ‘footprint’ of all CODA Audio systems are key to a very comfortable and fast system calibration.”

In late January 2019, successful rock band ‘Donots’ had the honour of inaugurating the hall on their ‘Lauter als Bomben’ (Louder than Bombs) tour and celebrated the reopening of the Z-Bau, as well as their 25th stage anniversary, with a sold out house, a fantastic atmosphere and hugely impressive sound. 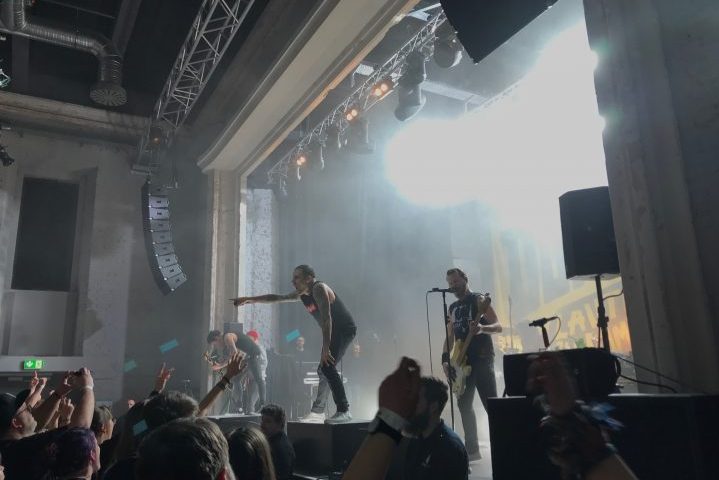 For the experienced studio and FoH technician Toni ‘Meloni’ Loitsch, who pushes the live faders of the Donots, as well as for popular German artists Yvonne Catterfeld and Silbermond, working on CODA Audio systems is something special due to the very accurate playback: “I have observed CODA over a number of years and have enjoyed working on their monitors as well as smaller PAs – I’ve always had good experiences! That’s why I found it very exciting to be able to work on a larger system for the first time at this newly renovated club in Nuremberg. I find working on CODA systems to be a whole new experience – many more heights are transported and mapped without appearing unpleasantly shrill. Using the CODA system, I don’t have to process the mix so much with equalizers to get my desired result.”

The Z-Bau has always been an important concert venue for the Nuremberg region and its recent renovation further strengthens its position, setting it up for a successful future delivering a new generation of high quality events. The ‘Next Generation’ products from CODA Audio fit perfectly into the concept.