Sherwin has worked with the band since 2002 and describes the creative relationship as ‘excellent’. “Sometimes the band gives me a starting point for a design, and I build on that. There are discussions and it is collaborative process, but mainly I have an awful lot of freedom in the design process,” he says.

Rigged on both the front truss and two automated trusses above the stage, Sherwin used the Scenius Unico in conjunction with the video wall to shift the size and shape of the stage throughout the performance, as well as providing crucial key lighting.

“The beam shape was a very important consideration when I was selecting the fixtures,” says Sherwin, who used the beams of the Scenius Unico to provide front and rear key lighting for the band. “The beam was perfect.” 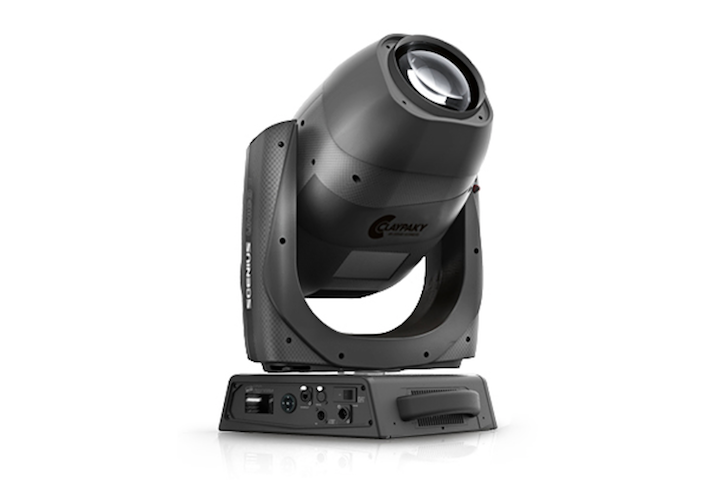 The fixture had to deliver output bright enough to stand out against the often-psychedelic visuals of the 50 x 30 feet video screen. “The main reason for choosing the Scenius Unico was its unrivalled brightness,” explains Sherwin. “The Unico cut through the screen brightness with no trouble at all.

“The Scenius Unico has great colours, especially the primary colours.” The rich and saturated colours are created through a CMY system, linear CTO and a colour wheel with seven colour filters.

“Claypaky’s products are always cutting edge and they’re always looking forward,” he continues. “They have come out with some truly amazing fixtures.”

The production is now touring South America and will move through the United States in April and May before returning to Europe for the summer festival season.