Liteup, based on the UK’s south coast near Portsmouth and Southampton, was founded in 2006 and is headed and run by Marc Callaghan and Kris Box. The pair met whilst studying at the Central School of Speech and Drama in London.

They have always had a quantity of Robe moving lights in the inventory and just recently this has been boosted with a substantial investment in MegaPointes, Spiiders, LEDBeam 150s and RoboSpot systems – all delivered by Robe UK.

The company was initially started to support Marc and Kris’s freelance lighting and visual design carers. However, in the last five years, the focus has shifted to growing the company and specialising in the supply of creative production equipment and designs that incorporate both video and lighting products – plus rigging – working together as one ‘visual picture’. 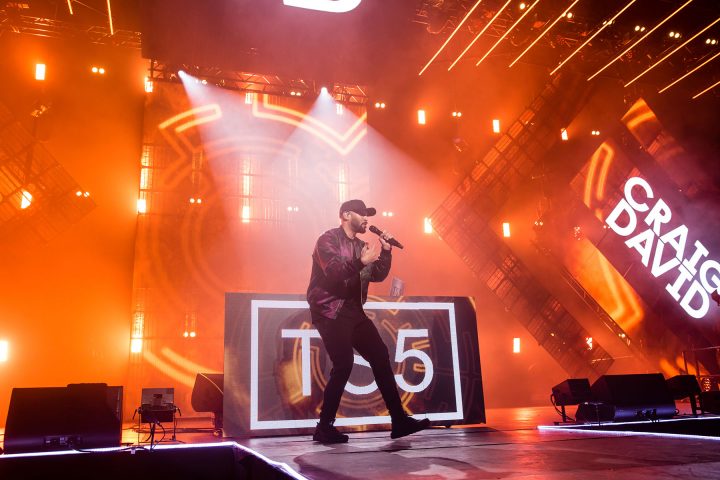 Taking a different and more lively approach to business than ‘just’ being an equipment rental house, Liteup is dedicated to working alongside designers and producers in all areas of live events – corporates to concert touring – and assisting in realising their shows and events with a combination of excellent kit and their own aggregate design experiences.

Gordon Torrington, well known and respected to anyone in the world of international lighting production and concert touring, has recently joined the team as ‘senior account handler’, and it’s clear that the company is going places.

To enhance their capacity to deliver the very best options to all their clients, the recent Robe order comprised 26 x MegaPointes and 26 x Spiiders, 28 x LEDBeam 150s and four RoboSpot systems, complete with MotionCameras.

They noticed increasing demand for all these products from designers and were also highly impressed with them themselves!

Marc and Kris communicate with many designers and clients about the fixtures they like to use, and try to keep stock based on this, explained Marc, delighted with the newest Robe purchases.

As a long-term supplier of Robe equipment, they appreciated the general reliability of the fixtures and the “fantastic” technical and sales support from Robe UK. 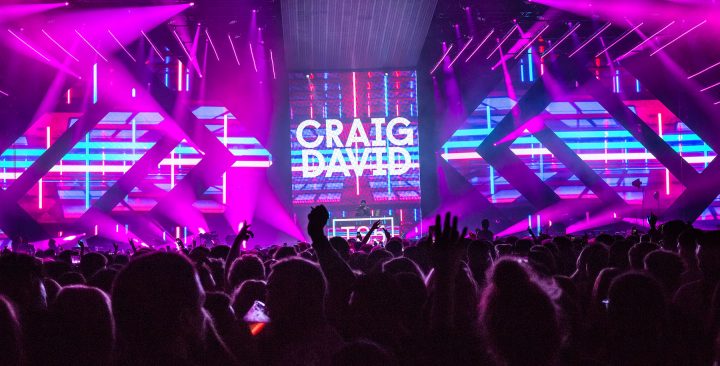 The MegaPointe was selected for being “absolutely packed with features”, for its small size and excellent optics; Spiiders were chosen for their incredible brightness and good zoom plus the Spikie centre, which adds another dimension to a wash fixture; while the little LEDBeam 150s were picked for their compactness, “excellent pricing” and ability to fit into so many different designs.

The RoboSpot systems were a big investment in themselves and this was a decision based on their versatility and the fact they work with a variety of Robe fixtures. They were also picked because of all the new possibilities they bring to the art of follow spotting with DMX control and Multi Fixture Control.

Marc feels that Robe is one of the leading moving brands right now and one that is constantly coming out with relevant and quality new fixtures and ideas.

Recently, the new Robe kit was used on Spotify’s “Who We Be” live – their totally sold out hip hop, grime and R&B playlist event staged at London’s Alexandra Palace venue.

Gordon and Marc asked Matthew Pitman of Bryte Design onboard as show and visuals designer.

Matt explained that the production design was heavily video oriented, so they worked on this aspect first, resulting in a deliberately sharp and modern looking video aesthetic which suited the music. Once this was established, they worked on an appropriate lighting design.

“A feature-packed rig is always in my mind when designing a production of this type” said Matt. With 11 different artists of varying genres, performing between 10 and 35 minutes each, they needed a large arsenal of diverse lighting looks. 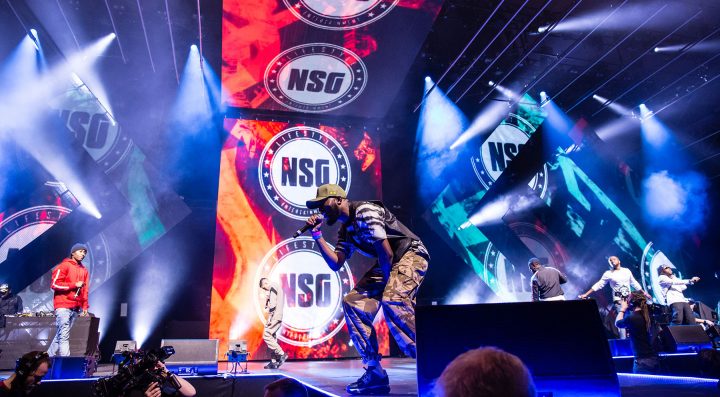 Matt used MegaPointes and Spiiders as the backbone of the rig, as “they offered the largest and strongest range of effects and looks”.

He’s used Mega Pointes several times before and knew they’d read nicely over the strong video elements. It was the first time he’d worked with Spiiders as the main wash, but they were highly recommended from around the industry, so he jumped at the opportunity!

Twelve Mega Pointes were lined up along the upstage edge of the stage, and the other 12 were on four columns of 3 fixtures each on a lighting back wall that was behind the video chevrons making up the set, plus another 12 spread out over the top trusses.

Sixteen Spiiders were on the overhead trusses and four each side along the edge of the stage, and Matt used them “in nearly every which way [he] could!”

The show dynamics demanded that he used virtually all the MegaPointe attributes – spot work, beam work and even full zoom wash looks showed themselves off – in a stunning all-action performance that looked and sounded fantastic.

Robo Spots were specified due to space limitations and for health and safety reasons as they could not physically have had operators in the desired positions onstage, amongst the video roof. Also making the FOH spots a RoboSpot system allowed the promoter to sell the entire venue capacity without losing any audience numbers!

Two grandMA2 consoles were used to run the show with lighting programmed and operated by Dom Adams and video and media by Joe Lott, both on behalf of Bryte Design.

Matt likes working with Robe products. He comments that the quality of Robe equipment found around the globe is “really impressive”. “I had many Robe fixtures on the last Gorillaz world tour which circled the world nearly twice and the Robes were the least substituted fixtures for almost two years!”

“Robe is everywhere now. The product portfolio is varied and inovative and their constant delivery of new fixtures keeps me interested in the brand”.