This project was led by VMS’s MD Steve Forster and Adlib’s Andy Dockerty who in turn enlisted the knowledge and practical expertise of two of Adlib’s most experienced engineers – Ian Nelson (audio) and Stuart Gray (lighting) – to ensure a superlative result, choosing a CODA PA and a Chauvet moving light rig. 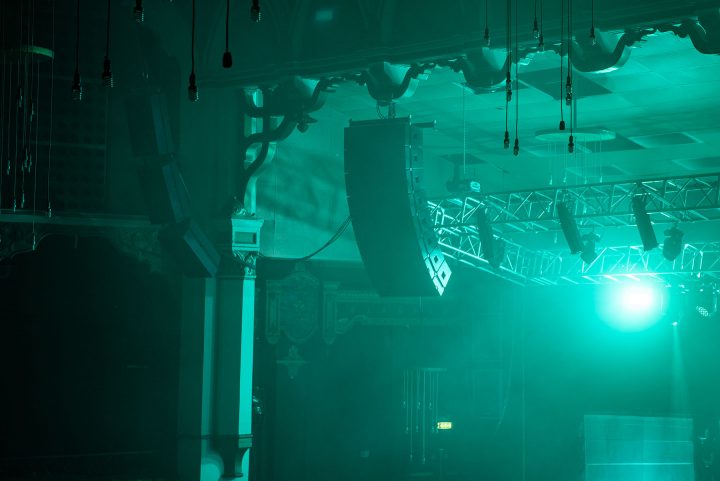 The general goal was to provide tour-grade in-house production options for visiting artists both in terms of practicality and creative scope, so they can avoid the expense and hassle of bringing in their full productions.

The auditorium was originally constructed in 1905 – designed by legendary theatrical architect Frank Mitcham as a purpose-built indoor circus and variety theatre – with many original features still in place. It comprises a stalls area in front of the stage and two balcony levels. The middle balcony has a bar to the rear and a thin viewing envelope to the stage.

The major audio requirement was to provides a sonic experience to satisfy top level touring artists, offering a viable and attractive alternative to bringing in their own systems. The system design also had to be flexible enough to cater for the many in-the-round scenarios – including sporting and dance events – hosted by the venue.

The audio team’s challenge was to achieve powerful, high quality and even coverage throughout the space, including the middle balcony.

To help achieve this, VMS invest heavily in venue infrastructure including the provision of new 1 ton rigging points enabling substantial audio systems to be flown for the first time!

This also makes a serious statement about the Olympia and VMS’s intent to provide a quality venue.

Having mapped and modelled the space utilising these new flying points, the Adlib team proposed a CODA LA12 system.

Adlib was also delighted when, having selected CODA, the manufacturers’ system specialist George Puttock – also an Adlib engineer for several years – became embroiled in the design, installation and commissioning process.

Sixteen CODA LA12 line array speakers make up the two left and right hangs, and cover the main room, the front three rows of the first balcony and the upper balcony positions perfectly.

For the challenging middle/rear area of the first balcony, four CODA ViRAY cabinets, two a-side in delay positions, are located at the rear of an unused royal box.

Eight CODA SC8 cardioid sensor-controlled sub-bass units are positioned to the left and right of the stage, pumping out as much low-end energy as possible into the auditorium. Rigged on a heavy-duty wheel boards, they can be easily redeployed to another location, again giving the flexibility required for any in-the-round sporting events. 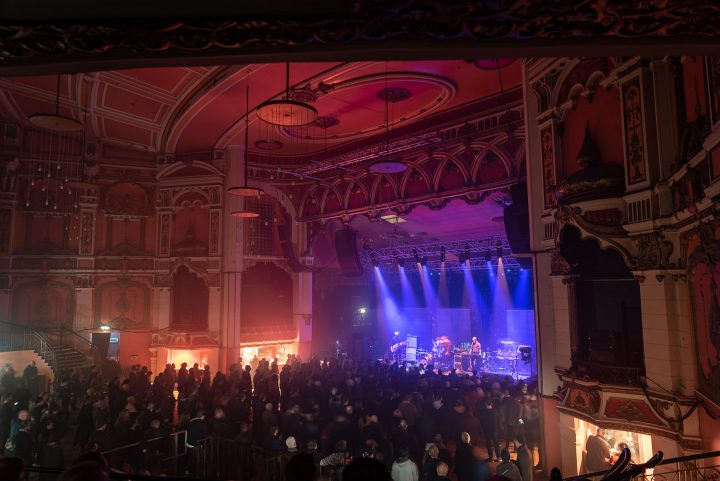 At front of house, a Soundcraft Vi3000 console was chosen for its excellent audio quality, intuitive user-friendliness, familiarity to most engineers as well as for its general flexibility.

The monitor system is made up from 12 x Adlib Audio AA MP5 wedge monitors and an Adlib AA 215 drum sub – a popular and cost-efficient choice for venues like this, all driven by Linea Research 44M amps. The monitor console is a Soundcraft Vi1.

A full complement of touring specification microphones, DI’s and stands was an integral part of the Adlib package.

Andy Dockerty stated “We are delighted to see so much commitment and energy being put into a Liverpool venue and are very proud to be a part of the team delivering it. We genuinely believe that this specification rivals most venues in the country with similar capacities … and look forward to some exciting shows”.

VMS operations director, Richard Maides commented, “Having signed a new long-term agreement with Silver Leisure as well as a name in title deal with ticketing company Eventim, it was important that all parties invested heavily in the site to achieve its full potential in the shortest period.

“With Adlib specifying the system we are confident that we have fulfilled our end of the bargain and have a versatile and high-quality venue production in place. From a VMS perspective, we also have the ability to move equipment between our Liverpool and Wrexham venues as necessary, further boosting flexibility and coverage across our two high-profile North-West sites.