LITEC has just released a new video on A4i.tv dedicated to its MyT Folding Steroid Roof System, which was chosen for an extremely large and successful Tribute Concert in Naples, Italy that celebrated the life and songs of Italian singer Pino Daniele. 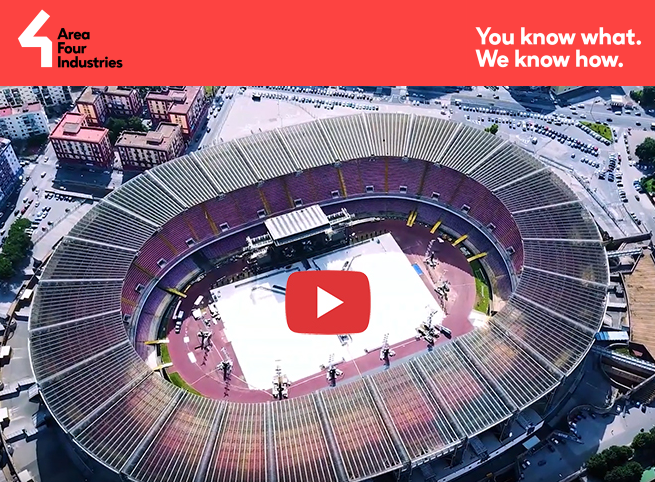 The video documents construction of the massive MyT Folding Steroid Roof System, which also featured spot and delay towers (constructed with MyT Folding Steroid’s modular components), and shows them in action during the evening’s performances. The highly publicized and nationally televised concert attracted an impressive crowd of more than 85,000 attendees, and was broadcast to a television audience of millions.

Even within an open-air stadium setting, and a tremendous crowd in attendance, LITEC’s MyT Folding Steroid Roof System maintained its dominating presence. It thoroughly impressed both visually and with its high weight loading parameters.