On Saturday 8th December, dBTechnologies took part in the annual opening of the ski season in Prato Nevoso (CN), a famous winter sports resort located in the valley below the Piedmontese Maritime Alps.

VIO L212, the full-scale line array system by dBTechnologies, was chosen to ensure excellent sound coverage during the live performance of Italian rapper J-AX, who is the founder of Articolo 31 as well as key figure of today’s Italian rap scene. 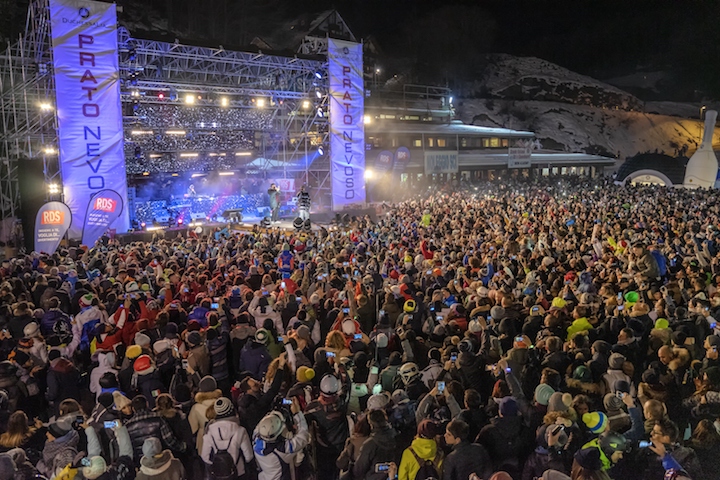 Prato Nevoso is located in a privileged position, thanks to its commanding view of the surrounding hills and the Cuneo valley. Through the years, the organisation of the events area has encouraged the promotion of cultural and musical events, able to attract not only the many fans of seasonal sports, but also a public always ready to enjoy the many initiatives involving artists from the national music scene.

On Saturday evening, the official opening of the 2018 winter season recorded numbers, with around fifteen thousand people attending.

The event proved to be an unmissable and choreographic event, thanks in part to the thousand lights of the bracelets that the public wore to support the children of the Gaslini Hospital in Genoa, a small gesture by the organisation of Prato Nevoso Resort, which made the evening even more impressive in the large open space of the Cuneo valley. 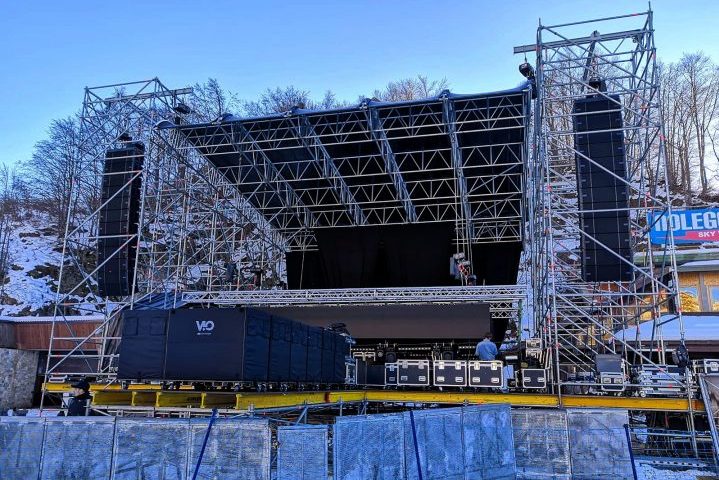 Losito Music Service was in charge of the audio equipment, which consisted of:

Alessio Losito, managing director of the audio service, stated, “J-AX’s live performance is the first major event in which we test our new PA VIO L212. Personally, I am completely satisfied and I have to say that the promoters and many people in the audience, who were not informed about the new system, have noticed the difference with previous years; VIO L212 has provided excellent sound quality and, in particular, a higher sound pressure”. 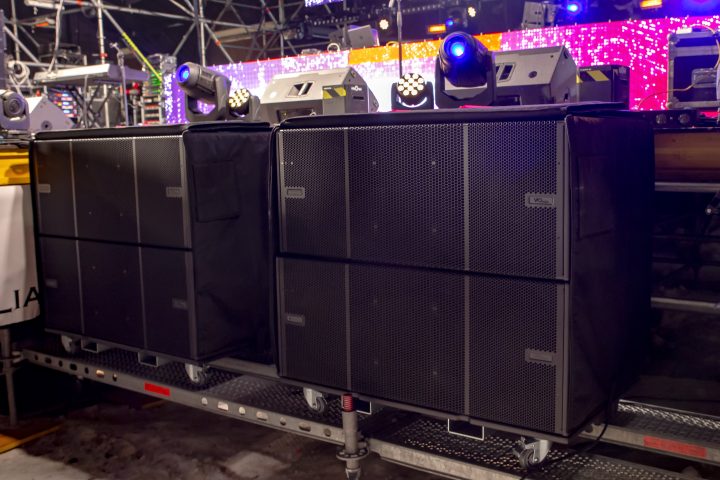 The outdoor venue, which was completely surrounded by snow, had extraordinary environmental and climatic conditions and in this regard Losito specifies, “It must be considered that this is an outdoor production, with all the needs of a large live concert for thousands of people, but with the complexity of being at high altitude with snow. The choice of VIO helped us a lot because it is an active system, which ensures easier transport and installation and it is equipped with carts which allow you to wire and preset the corners of the line array even before arriving on the spot. The transport and installation/removal of the subwoofers was also considerably facilitated, thanks to the possibility of placing them on the dollies in groups of two to two or three to three”.

The success of the evening was remarkable and confirmed the growth trend that the location has recorded over the years, as Losito confirms, “I have been taking part in the events involving Prato Nevoso since 2012 and I’m sure that the next show will attract an even wider audience, with an attendance of about 20,000 people”.