Prior to 1944, Frankfurt had one of the most beautiful and largest medieval half-timbered old towns in Germany. Recently restored to its former beauty, the architectural treasure was opened in September with a cultural program that included a unique nighttime drone show supported by lighting effects from Elation Proteus Hybrid™ moving head fixtures. 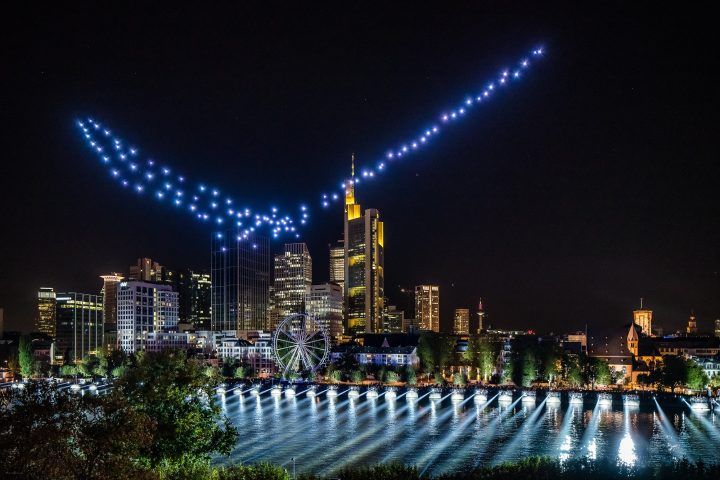 The highlight of the three-day celebration was a spectacular production in which drones drew constellations of light in the Frankfurt sky accompanied by a visually stunning light show over the river Main. bright! GmbH was responsible for the concept and technical implementation of the production, as well as the programming of the drone show. Michael Giegerich, one of the managing directors of bright! GmbH and project manager for the constellations, developed the show concept along with Lighting Director Daniel Gündner. Both worked under the artistic direction of Atelier Markgraph.

It quickly became clear to those involved that the project required weather-proof lighting fixtures. “We were looking for an IP floodlight that combines the best possible beam characteristics with the simplest, most robust design,” explains Thomas Giegerich, managing director of bright! “Having worked with A&O Technology and Jerry Appelt on the 2017/18 New Year’s Eve show in Dubai, where hundreds of Elation Proteus Hybrids were used, we were very familiar with these moving lights and knew we could use them.” 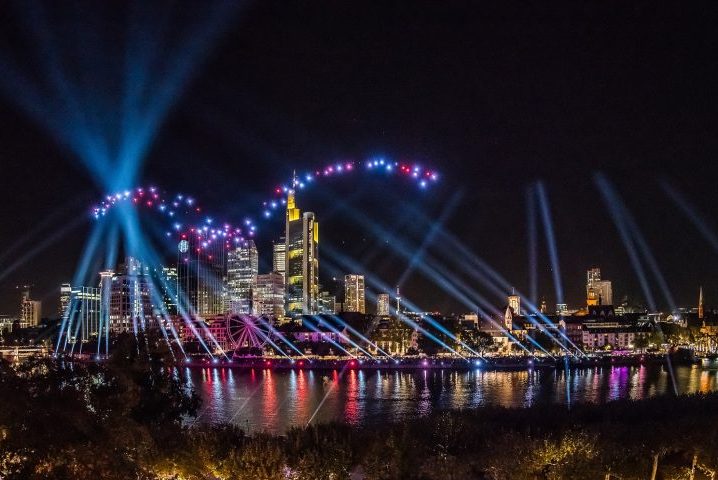 The Proteus light show was designed to support the drone show over the Main as an additional visual effect yet not steal the show. Thomas Giegerich comments: “Of course the beams were not allowed to overwhelm the drone show. Rather, it was about creating an additional layer of light in the space to provide the actors – the drones – with an appropriate stage.”

The bright! team placed 88 Proteus Hybrids as powerful beam elements on both sides of the river, 44 per bank, with fourteen 15W LED pars placed at ground level to act as backlight. “The Proteus Hybrid was fully convincing. Its enormous output paired with its robustness makes it the ideal choice for any demanding outdoor event,” Thomas Giegerich concludes.