The opening of the Zaryadye Moscow Concert Hall, a significant event for the Russian capital, took place on the 8th of September 2018. The event had a high-profile guest list, attended by the President of Russia, the Prime Minister, the Head of the State Duma, the Patriarch of Moscow and all Russia Kirill, alongside many other officials, politicians and cultural figures. The event’s gala concert was accompanied by the Mariinsky Theatre Philharmonic Orchestra, conducted by Valery Gergiev. Performing also were world -famous opera stars Anna Netrebko, Yusif Eyvazov, Ildar Abdrazakov, Albina Shagimuratova and Juan Diego Flores. 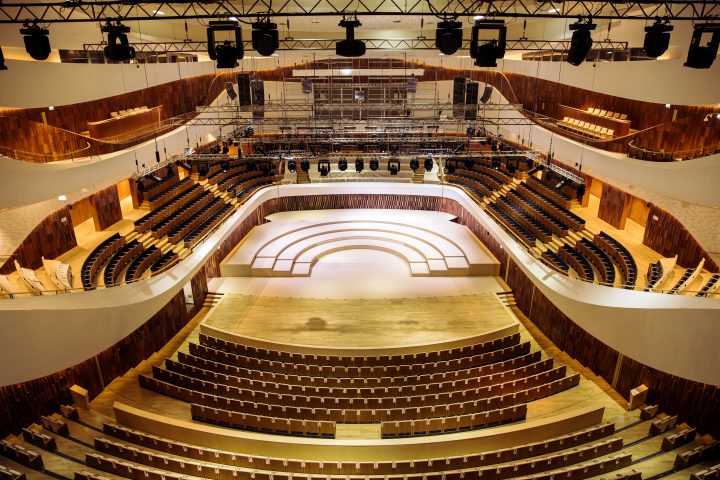 In his speech at the prestigious venue’s opening, Vladimir Vladimirovich Putin stated that: “Moscow Concert Hall is to become the heart and soul of this unique park, here in the very heart of our capital, and to enrich the distinctive image of Moscow and the whole of Russia. It depicts the historical pride of our country and its eagerness to innovate and bring in the new. Zaryadye Concert Hall is a musical complex of the future, in the full sense of the word. Everybody who worked on this project worked for the benefit of all Moscowites.”

The DOKA Center Company began its work on the Zaryadye project in 2015, when the concept and technical elements were being designed. The company was actively involved in this phase. As to equipment volume and density, this project has been one of the most complicated cultural structures ever to be built in Russia. 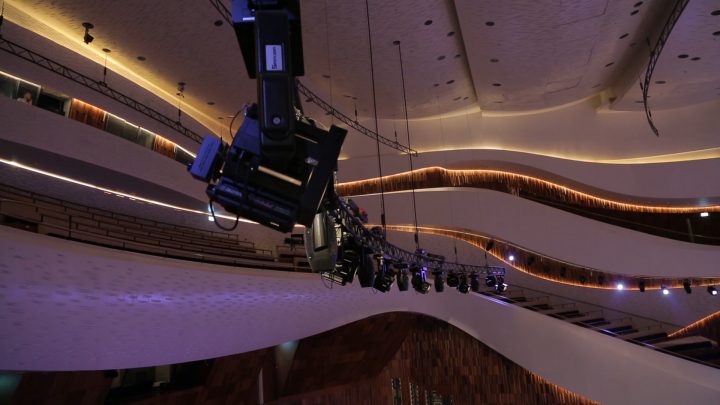 The historical decision of making the park beside the Kremlin walls was made back in 2013. According to the project details, every corner of Zaryadye represents specific geographic zone of Russia – northern nature, forests, meadowland and steppe. The concert hall is situated in the eastern part of the Zaryadye park zone. The building is an important element of the park, featuring a mass of complex design and engineering solutions. There are two halls in the stage complex of the philharmonic hall, with the larger space seating 1600 and the smaller searing 400. The venue’s largest hall is second to none in Russia in terms of its level of mechanisation, with a vast number of inbuilt engineered solutions and technologies. Because of this, the venue is suitable for any type of event, from classical music concerts and theatrical performances, through to international conferences and touring entertainment. All of these options are possible by means of the modern mechanisation of the hall, alongside carefully selected lighting equipment. 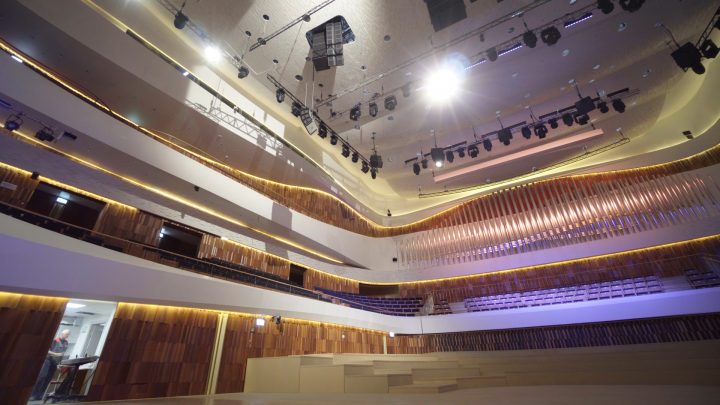 The lighting rig of the hall consists of equipment, provided by several manufacturers, and specifically Spotlight:

This equipment is used for side and front lighting of the stage and the auditorium during TV filming. A high power rating of 450W allows for the luminaires to be used over long distances. RGBW and TW light systems help to colour the hall, as well as illuminate it with excellent levels of white light with the proper colour temperature, without the need for classic film filters or gels. Spotlight LED profile projectors are used in places in which it would have been impossible to place powerful halogen projectors due to their high heat output. The hall décor is constructed from valuable wood species, many of which shouldn’t be exposed to temperature changes. The proper selection of the equipment is helping to maintain the hall dressing for years to come, without disrupting the space’s acoustic properties. 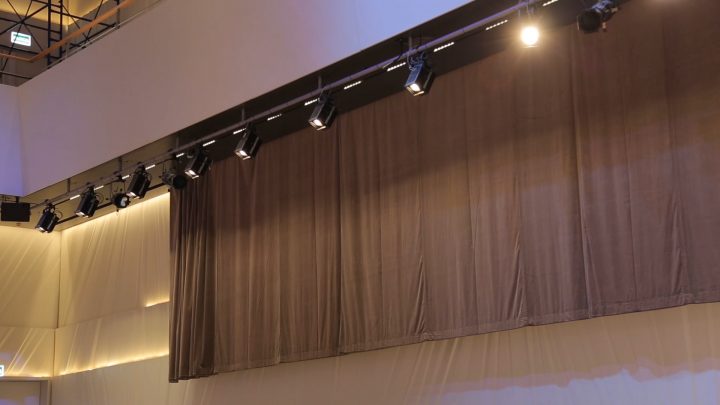 Damir Ismagilov, chief lighting designer of the Bolshoi Theatre, took part in the designing of the stage lighting system of the hall. He commented that: “Zaryadye truly does make me smile. This comes initially from the lighting and technical fit-out of the concert complex. This is situated in a glorious architectural space, where we find a complicated and technically flexible combination of lighting equipment, capable of turning every event and concert into a unique performance. This energy and power makes Zaryadye a truly special place.”

The project of the concert hall was certainly unconventional, a sufficiently complicated concept in terms of technical design, yet turned into a reality through the joint efforts of many Russian and European companies.