Here we are with an interesting FocusOn, exploring the world of Green Hippo‘s Hippotizer V4+ Media Server range.

A few days ago, I had the chance to test the functionality of Hippotizer products inside the showroom of Spotlight, Green Hippo’s distributor for Italy.

During the analysis and testing of the product I was joined by two product specialists, with whom I had the chance to observe the concept of MediaServer, in particular that of the unit’s masking and mapping features. These are two concepts that are often used incorrectly, especially in small and medium sized events.

Within the Entertainment or Installations fields, we need a combination of Hardware and Software able to optimally manage one or more audio and video I/O feeds, with a processor capable of creating multimedia content in real time. We also require a series of associated applications, ranging from the organisation of content, to the application of effects, through to the creation of 3D models for mapping projections. MediaServer gives us a means to effectively manage all of these aspects. 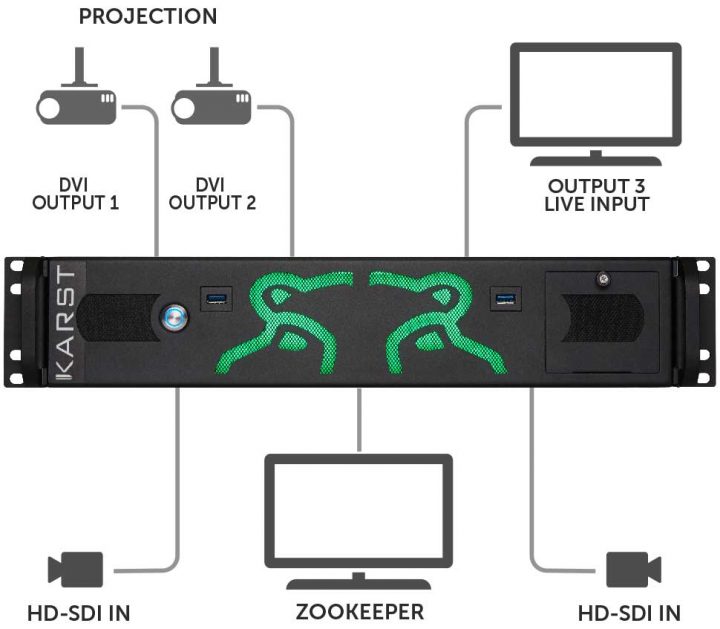 During the design phase, it is a normal mistake to describe (and also to sell) a simple masking as a “3D mapping”. Both definitions allow the user to limit a projection within certain areas but, whilst masking is limited to splitting a projection into multiple areas through 2D processing, 3D mapping also takes into account the depth of an object and performs a distortion of the image that allows for a coherent, truthful and high-impact projection. Obviously, these are two different processes that have different procedures and above all different costs.

The Hippotizer V4+ series consists of six products, alongside a single software based on the Windows operating system. If downloaded online onto your PC, it will run automatically as a Demo (Hippotizer PLAY). However, if purchased with the key or in combination with one of the Media Servers, it will run in Pre-Programming mode (Hippotizer PREP).

In demo mode, the Hippotizer PLAY version allows you to manage an output with 2 Mixes and up to 16 layers on each of the outputs, whilst the Hippotizer PREP version is a full license but with the presence of the Green Hippo watermark.

The latter – with a significantly lower cost compared to the purchase of a device – is useful for professionals who do not want to buy a media server, but who must have the opportunity to prepare a show before then transferring it into the Hippotizer hardware owned by a production company or other third party. The Hippotizer V4+ series – which differs from previous versions through the use of latest generation hardware, offers greater flexibility and full compatibility with Notch. The range consists of the Hippotizer Amba+, Karst+, Boreal+, Taiga+ and Montane+ media servers. These differ in the number and types of outputs offered, the size and speed of the hard disk, the number of cores and amount of RAM.

Regarding the software, we took the opportunity to observe the functionality of the ZooKeeper system for the management of layouts, presets, effects and more, and the SHAPE application dedicated to the design of 3D mapping.

In this FocusOn we made use of the Hippotizer Karst+ version, with three monitors and a video projector for 3D mapping. This was performed on a scale model of a cathedral, included in the demo kit provided by Green Hippo.

On the rear panel, we connected the projector and monitor to the HDMI output sockets, whilst a Matrox DualHead2Go switch (compatible with Green Hippo systems) was connected to the DVI output, in order to serve two more monitors side by side. The potential provided by the EDID function immediately becomes useful in this phase, which allows for screen recognition in order to maintain a correct system architecture even when one or more devices are not connected to the Media Server. 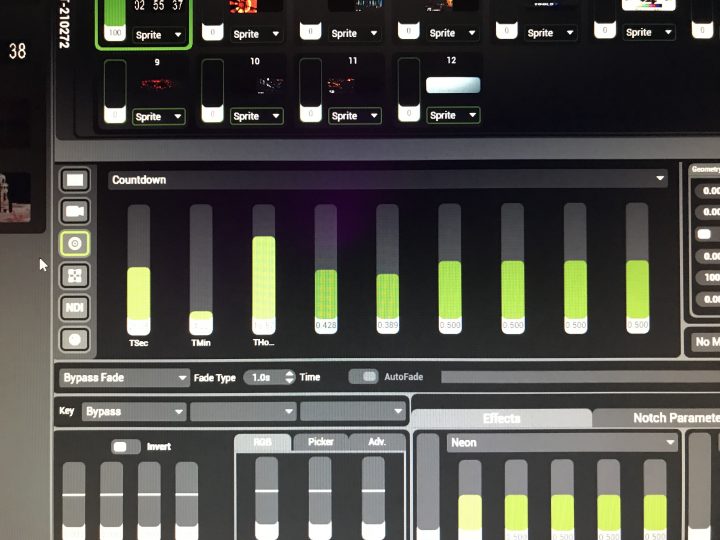 ZooKeeper has an intuitive user interface, easy to manage and extremely customisable thanks to its drag & drop functionality. The multimedia content can be imported through a special function that automatically converts them with a codec called FlexRes. Right from the start screen, you can choose to turn off ZooKeeper and the engine, so as to allow, for example, the use of a proprietary protocol, therefore drastically reducing the use of the media server’s system resources.

The ZooKeeper software operates upon the concepts of Mixes, in which run the configuration of the various outputs and resolutions. Using ViewPort, we are able to implement complex geometries, for example keystones. WarpMix gives us the ability to create overlaps and blends of multiple video outputs, whether we are doing 2D masking or 3D mapping.

Within each Layer there are a wide range of extremely interesting functions. These include the ability to move and scale an image or a video, select and adjust both basic and Notch effect parameters, or apply RGB colour filters. The most interesting section that deserves real attention is the Source Type Select, where you can select six different types of incoming streams:

The 3D Shapes mapping management software is also extremely intuitive and functional. Thanks to the visual layout, it is possible to quickly and easily associate a shape to a mix through a drag & drop method, and choose which output to run this on. Another noteworthy point among the many functions present within the system is the possible interfacing with light consoles. With this, it is possible to create a fixture by choosing which channels can be managed by the console, so as to avoid engaging too many DMX channels. This gives the possibility of remotely managing only the launch of content already configured on Hippotizer, intervening on the essential parameters such as intensity. Here also, the system demonstrates extreme flexibility and a high level of customisation.

Within the Hippotizer V4+ suite we found a system that’s full of innovations, developed with particular attention to versatility and ease of use. The software is both intuitive and complete, indeed one can imagine constantly discovering new functions and above all different methods of use.

Thinking about use within productions in general, we all know that time is tight and there are many demands put on professionals. For this, Green Hippo has developed a solution that allows users to obtain excellent results whilst simplifying the associated work-flow. 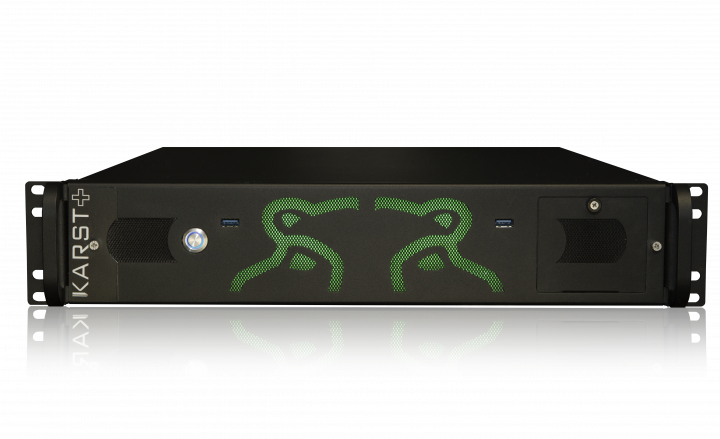 The same judgment can be made for the hardware, with an architecture designed to exploit the full potential of the software. Alongside this, we have the possibility to further lighten the load on processors thanks to the ability to operate remotely, leaving the server as the only engine function.

Last but not least, the possibility to simplify the control from a DMX console means that operation need only be carried out with the mouse, rarely requiring use of the keyboard.