Justin Timberlake’s The Man of the Woods tour, which is scheduled to run through to early 2019, is arguably his most expansive yet from an audio perspective.

Taking in two legs of North America, sandwiching a stint in Europe, his inimitable brand of dance pop is presented ‘in the round’, with winding walkways thrusting out from main stage to two satellite stages. FOH engineer Andy Meyer, who has been working with Timberlake since 2005, chose an Optocore fibre network solution to handle the complex D/A conversion necessitated by this. 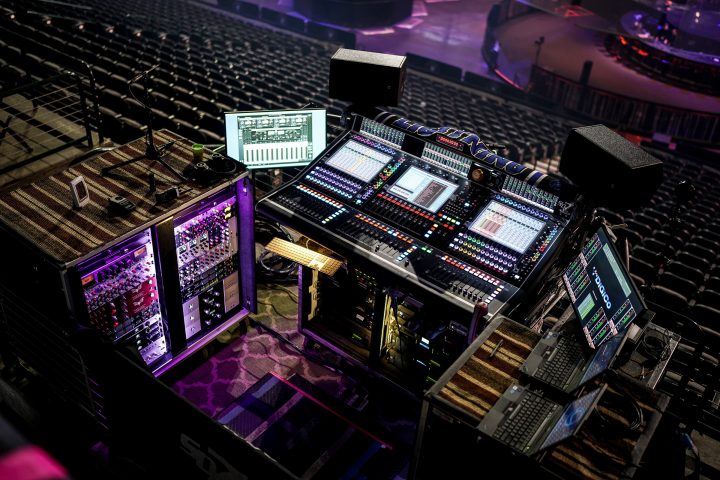 The sound engineer had earlier spent considerable time exploring different platforms, along with system tech Justin Lenards and fellow engineer Ozzy Giron. But having had previous experience with the Optocore environment via DiGiCo consoles, he wasted little time in venturing down this path for his signal transport. “The solution was obvious to me right from the start,” he said after arranging comparative testing at ESI Audio & Lighting in Tampa, FL. “The shootout confirmed this, and immediately determined that for the environment we would be working with Optocore would be by far the best solution.”

These units can be controlled by any DiGiCo SD Series console and live on the same network, just as if it were an SD Rack or other DiGiCo product.

Andy Meyer based his FOH universe around a DiGiCo SD7 and two SD Racks. Optocore X6R D/A converters are used to break out 64 channels from the optical network. From there, four Optocore X6R-TP-16LO (16 line out) network converters take over, each daisychained off a corresponding X6R-FX-16LO for 32 channels per pair, relayed via Cat5 using Optocore’s SANE protocol. 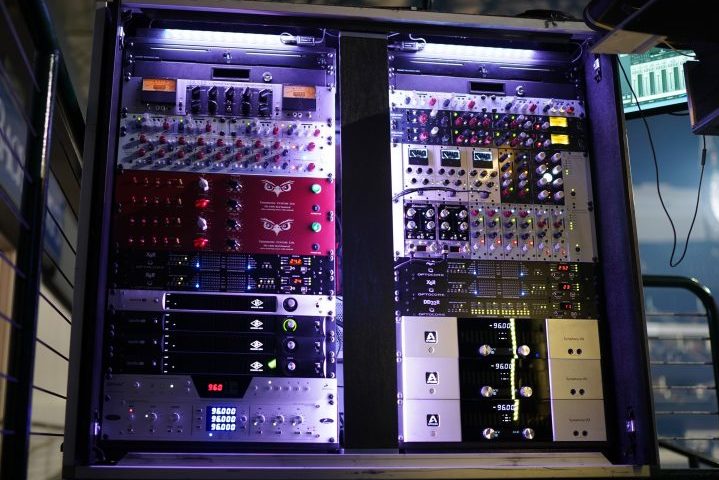 Once the audio is converted to digital via Apogee Symphony I/O’s it is fed via AES into the network via an Optocore DD32R-FX AES3 I/O device. Another DD32R-FX at the stage feeds the PA drive network and amplifiers for the Clair Cohesion CO12 PA system, front fill speakers and subs, while a DD2FR-FX MADI I/O device gives 2 x 32 optical MADI I/O at 96kHz for playback into the FOH and monitor systems.

Meanwhile, a second Optocore/DiGiCo network is dedicated to monitors and overseen by monitor engineer Paul Klimson.

This elaborate signal flow for Justin Timberlake and his Tennessee Kids backing band provides an astonishing, rock solid 200 inputs (including returns) and 168 outputs, including the PA drive.

Reflecting on the implementation, Andy Meyer says the decision to keep the FOH and stage drive on a DiGiCo protocol fibre loop while having the amp rack loop on an independent Optocore ring had been a sensible one. “This offers the ability to monitor all five DD32R-FX units in real time, along with any other device on the network,” he states. 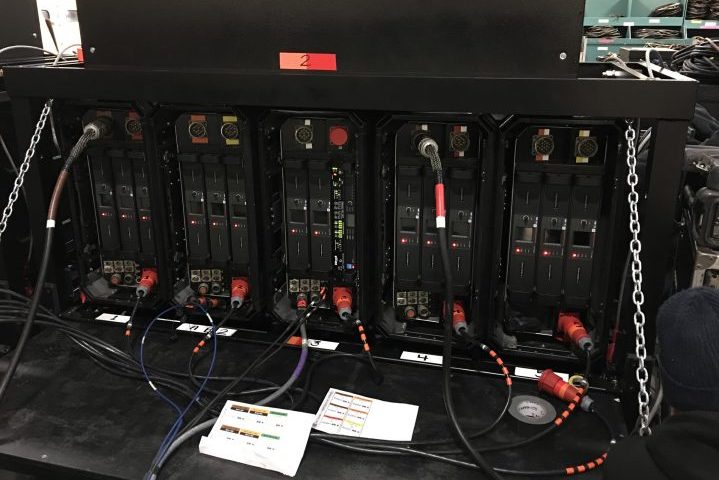 In conclusion, he says his decision in choosing Optocore had been fully vindicated. “Fundamentally, it was for the ease of being able to use the DD32R’s to transport signals anywhere, without the risk of signal degradation on longer AES runs,” he said.

“The advantage of Optocore is that it simplifies everything down just two pieces of fibre — and it sounds fantastic. When you are carrying a lot of analog the solution has to be simple and Optocore provided absolutely the best way to achieve this —providing high quality audio, network stability and ease of use.”

Andy Meyer also credits Clair Bros, particularly Scott ‘Scooter’ Hernbeck, who has accompanied the tour on the road, and Console Department Manager, Jonathan Shober, who sanctioned the acquisition of the new Optocore devices. He also had unqualified praise for Optocore’s Brandon Coons for his advice during the design and implementation process. “He was extremely helpful from the beginning and I’m delighted with the result.”