Thanks to the company’s VIO line array series, dBTechnologies has contributed to bringing a musical trendsetters defined as “the best italian live act of the moment” to stage. On June 28, Cosmo, the Italian singer and author, lit up the night in Ferrara with an important staging of his acclaimed Cosmotronic Tour. 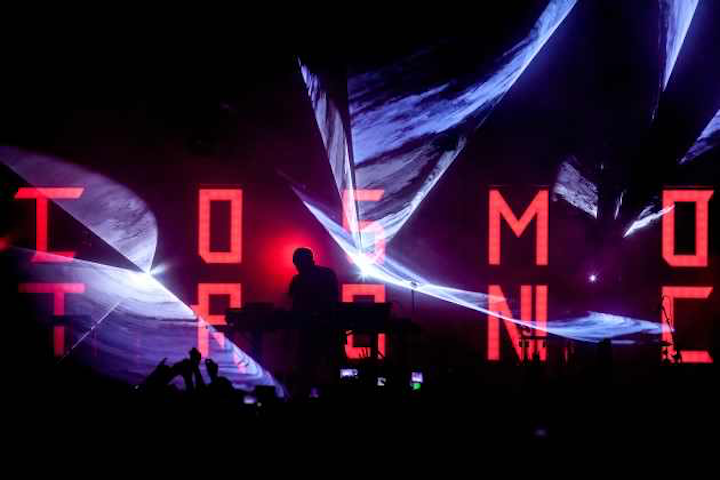 This has been an eclectic show, made up of sounds and lighting that interacts with one other to produce a multiform and original image. In fact, Cosmo is able to create pure music ina style halfway between pop and electronic music. The result of his strong creative and artistic awareness is the capacity to inspire imagination through attractive and refined sound.

Ferrara Sotto le Stelle is an annual event, now in its 23rd edition. In its long history, the Festival has been a platform for young and up-and-coming musicians, shedding light on a surprising variety of musical art. With a mission to entertain the public with the discovery of the already-known and the new, Ferrara Sotto le Stelle has always held a rich calendar of italian and international acts: Radiohead, Bob Dylan, Subsonica, Franz Ferdinand, Patti Smith and many others included. 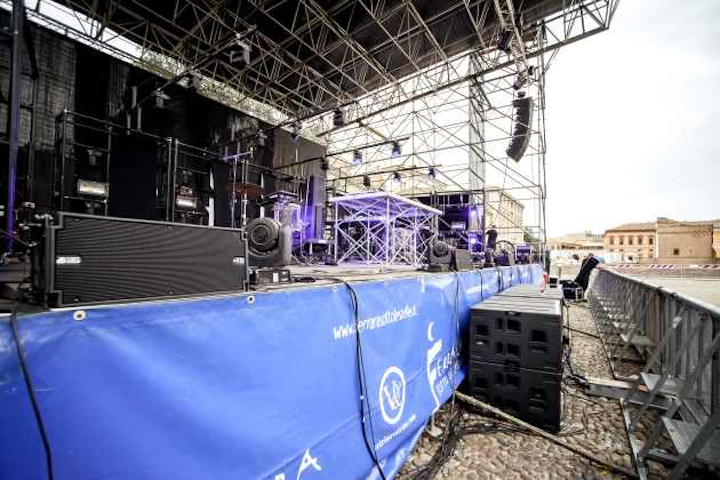 VIO L210 has made its debut on the main stage of the Ferrara’s rehearsals, and has contributed to the realisation of this impressive show.

The installation of the system was completed by Suono e Immagine s.r.l., a rental company from Ferrara, who have handled a number of projects involving VIO L210. 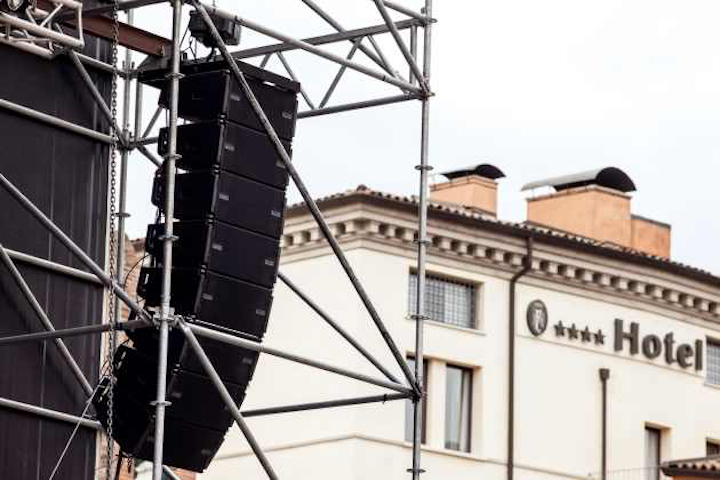 Ivan Franco Bottoni, Technical Director of Suono e Immagine, said: “VIO is a highly versatile system that has given us great satisfaction during the summer 2018. The success it has achieved in Ferrara Sotto le Stelle is a further confirmation of the system’s excellent capabilities in events of this size. We had already witnessed this at Nina Zilli’s performance during the Notte Rosa festival and also during her summer live at the island of Albarella on the evening of August 7th.

Surrounded by the magnificent and evocative historical setting of Piazza Castello, Cosmo Live @Ferrara Sotto le Stelle was a great opportunity to take advantage of all of VIO series’ features and to ensure maximum performance and high sound quality.”