Justin Timberlake has launched his “Man of the Woods” tour with Claypaky Scenius Unico fixtures supporting the show as it travels the world. ACT Lighting, Inc. is the exclusive distributor of Claypaky North America. 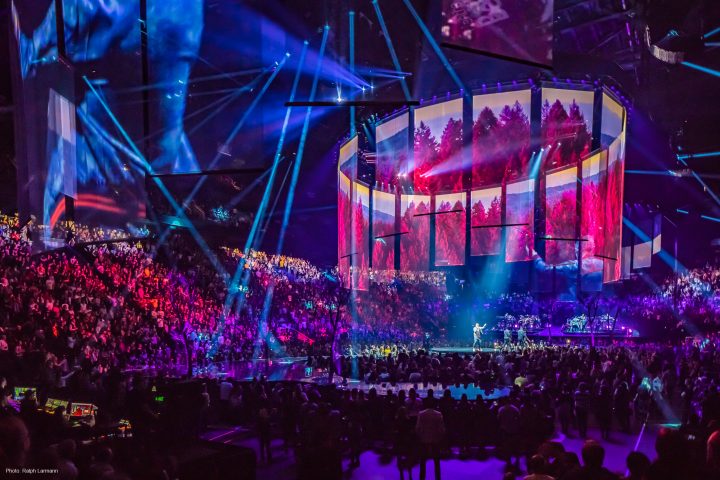 “Man of the Woods” is Timberlake’s sixth headlining tour; it follows the release of his fifth studio album of the same name. The tour kicked off in Toronto and will play dates in North America until the commencement of the European leg in July. Then more North American dates are scheduled from September through the tour’s conclusion in Denver next January.

The show presents Timberlake’s music in several “worlds,” which are themed around the origins of the songs. The massive, in-the-round set is composed of multiple stages spanning the arena space.

“It’s a very choreographed show because we didn’t want to block any seats. A lot of work went into making sure that everything can be seen everywhere,” says Nick Whitehouse, Creative Producer and Lighting Designer for the tour and Creative Director at Fireplay. “Even when the transparent roll-drop screens come down for video projections the audience can see through them for a really cool effect.” 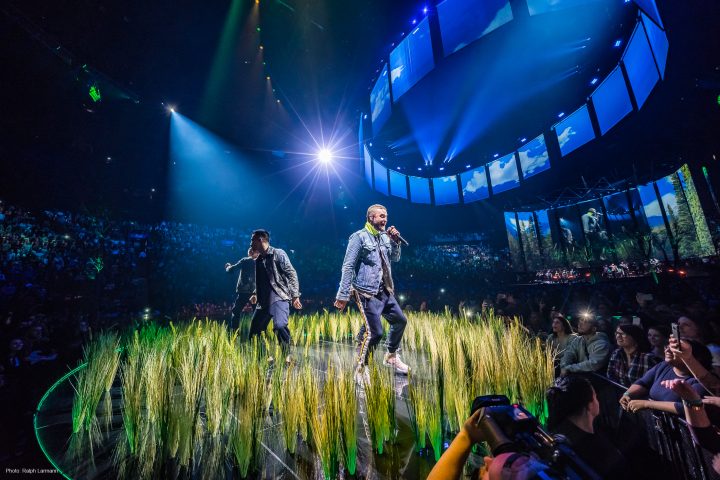 Whitehouse chose 70 Claypaky Scenius Unicos for the main rig. “This is my first time using Unico. I was looking for a spot and beam fixture and have had very good experience with Claypaky products before,” he says. “A lot of vendors are buying Unicos and recommending them, so I decided to give them a try.”

Lighting Director Brian Vaughan reports that, “the Unicos have been our workhorses. We use every feature they have. They’re a great wash; a great spot with interesting gobo patterns; they key the band, the dancers and Justin; and they can go down to a Sharpy-type beam. We even use the shutters to shutter off the edges of the stage for a super-clean look.” 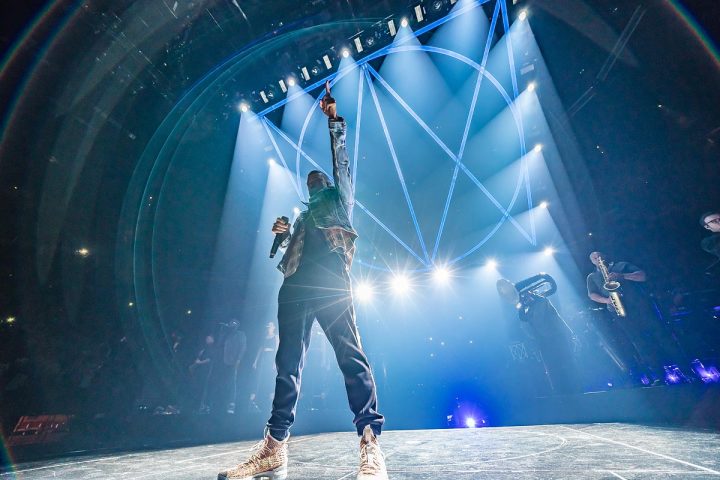 Sixty-eight of the Unicos are in the air while two are positioned on the floor directly behind the stage for entrances and exits. Thirty-six of the fixtures are dedicated to what Whitehouse describes as “an Instagram moment.” To open the show a 30×30-foot logo panel surrounded by 36 Unicos descends from the ceiling, tilts and assumes a number of different looks. “It’s like a massive UFO coming down,” Whitehouse says. “I’m really pleased with the Unicos. We get some incredible effects from them.”

Montreal-based Solotech provided the Scenius Unicos for the “Man of the Woods” tour.

Francesco Romagnoli, Claypaky Area Manager for North and Latin America, added, “We love working with Mr. Whitehouse and he and Brian Vaughan have done a great job on this show.”