It’s a July 4th tradition: the “Boston Pops Fireworks Spectacular” at the Edward A. Hatch Memorial Shell on the Esplanade along the banks of the Charles River in Boston. The celebrated orchestra, under the direction of Conductor Keith Lockhart, is one of the biggest annual outdoor concerts in the world. This year Michael Berger of LA-based Full Flood, Inc., utilised Claypaky Scenius Unico and Mythos 2 fixtures, supplied by 4Wall, to support the production. ACT Lighting, Inc. is the exclusive distributor of Claypaky in North America. 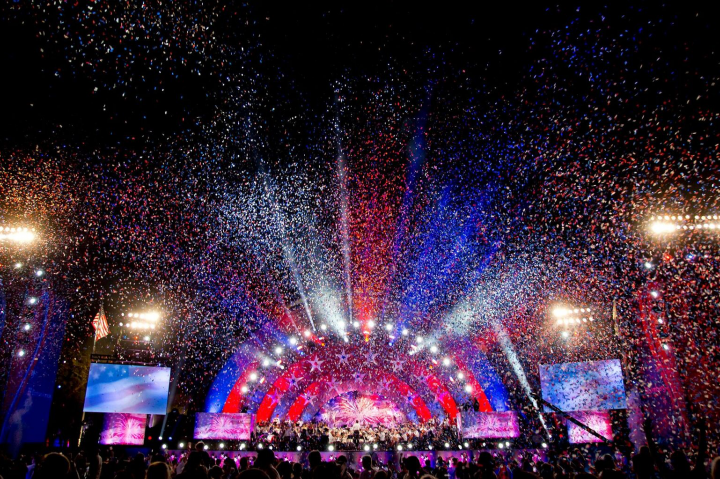 The creative brief for the show was to “enhance the natural beauty of the location and to light a concert that starts in full sun and concludes in darkness for the fireworks display. We needed to make the orchestra the star of the show and provide opportunities for the guest artists to shine as well,” says Full Flood’s Micahel Berger, a Boston native who marked his third year as Lighting Designer.

“This was a combination symphony orchestra concert and arena rock show held outdoors in the middle of summer,” he notes. “It’s a great opportunity to get to come home to Boston and work on this caliber of show.” The Spectacular was telecast, carried on radio and live streamed by Bloomberg. 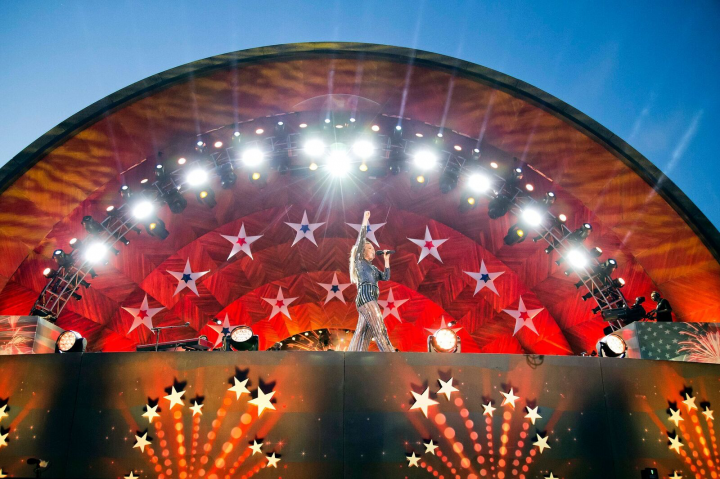 Berger utilized Claypaky Mythos 2 fixtures and Scenius Unicos for the production. “Mythos have become an important part of our repertoire,” he says. “For this show they outlined the arch of the Hatch (bandshell) and have developed into a pretty iconic image.”

“Mythos are a staple as a beam unit,” says Lighting Director and Programmer Ryan Tanker. “For the Spectacular the fixtures held up well when hung out of position to create the signature look of the shell.”

Berger used Scenius Unicos for the first time on the production placing the six fixtures in a skytracker position. “It was really important to have their brightness and effects package for this show. I’m eager for a chance to play around with them a bit more to see how else we can use them.” 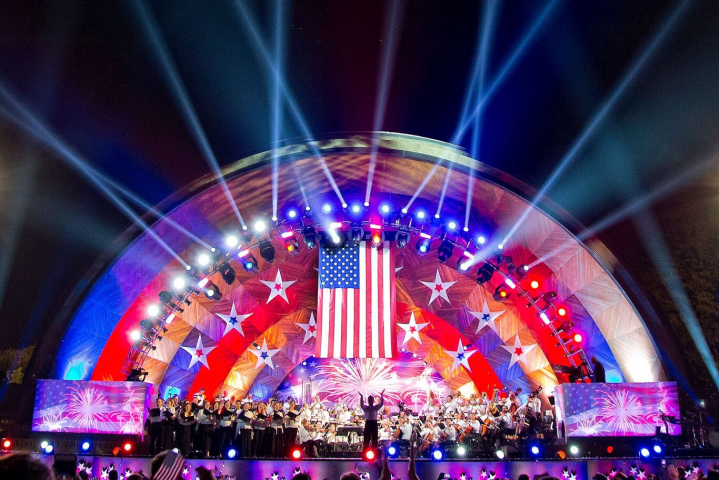 Tanker cites the speed of the Unicos’ shuttering as a big advantage. “They move so fast, there’s no reaction time,” he says. “They’re great!”

“It was a very smooth show,” Tanker reports, “with no network glitches. Everything held up fine.” He gives kudos to Gaffer Eric Norris who ran 900 feet of fiber from the stage through the trees to the FOH tent.

Francesco Romagnoli, Claypaky Area Manager for North and Latin America, added, “It’s great to see our fixtures on such a public spectacle and we’re thrilled to see how Full Flood has made use of them.”