‘Giudizio Universale: Michelangelo and the Secrets of the Sistine Chapel ’ is the immersive, multimedia stage show created by Marco Balich of Balich Worldwide Shows (BWS). For the show’s exquisite lighting Balich worked alongside award-winning designers Rob Halliday and Bruno Poet who selected a range of ADB and Claypaky lighting products. 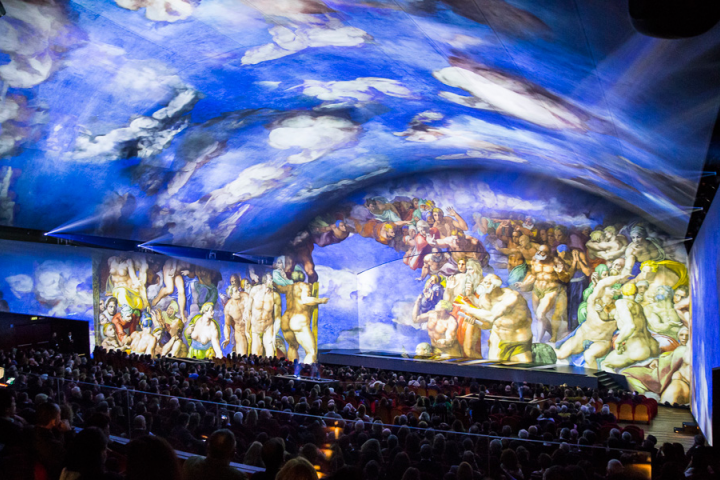 For the show’s lighting, Halliday and Poet fashioned a richly pigmented and high contrast design, drawing on the style, colour and mood of Michelangelo’s iconic paintings. The overall lighting aesthetic, with its juxtaposition of light and dark, the dramatic use of shadow and the focused projection of light, also helps to mask key conceal/reveal lighting effects throughout the production.

Onstage sidelight is provided by the ADB Warp, ADB’s zoom profile spotlight and the Claypaky Scenius Unico, a moving head spotlight featuring the brand’s most advanced framing system. Dreamlike effects of performers floating through space or emerging from the onstage projections are assisted by the focused light delivered via the Unico’s sophisticated framing system and the Warp’s on-board Ring Control system.

“Because of the size of the venue’s stage, we had to work with limited roof and wing space as well as restricted clearance distances between the onstage scenic elements,” explains Poet.“As a result, fixtures such as the Scenius Unico, Warp and Claypaky K-EYE K10 LED washlights were partly built-in to the stage’s movable scenery, as well as attached to removable trollies and mounted to three overhead rigging ladders.” 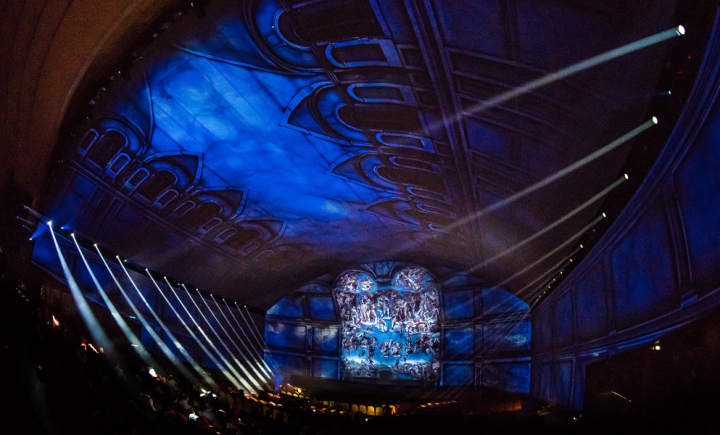 The ‘pièce de résistance’ however, is Halliday and Poet’s specially commissioned ‘SVOBODA Sun’ – a 4.5m custom-built circle made from ADB’s classic batten fixture, the ADB SVOBODA.

“The show is largely lit with cool-coloured moving lights and by beautiful projection,” continues Halliday. “For the end of the show, we wanted a light that would reach out and touch the audience, evoking the heat and fire of the sun. The Svoboda Sun connects the audience to the show in a beautiful, yet visceral way.”

The ADB SVOBODA was co-designed over 50 years ago by the famous Czech scenographer Josef Svoboda. The batten fixture comprises nine or ten 24V lamps, delivering a very bright and quasi-parallel light beam, known as a Light Curtain. Claypaky SharBars, an LED version of the same light curtain effect, feature as backlights and toplights, while the Claypaky ShowBatten 100 up-lights the stage’s front grille.

From positions at the front edge of stage, along the vomitoriums and on a cleverly engineered triple flying bar, the new Claypaky Axcor Beam 300 provides aerial beam effects. “This LED source luminaire was selected for its high output, low power beam amid concerns around the auditorium’s power restrictions, rising heat levels and long-term running costs,” says Poet. “We also chose the fixture because of its fade quality, which is much better than that of the previous mechanical-dimmer fixtures.”

A number of the Axcor Beam 300s were rigged alongside Scenius Unico fixtures in the long ‘side slots’ flanking the auditorium’s projection surface. 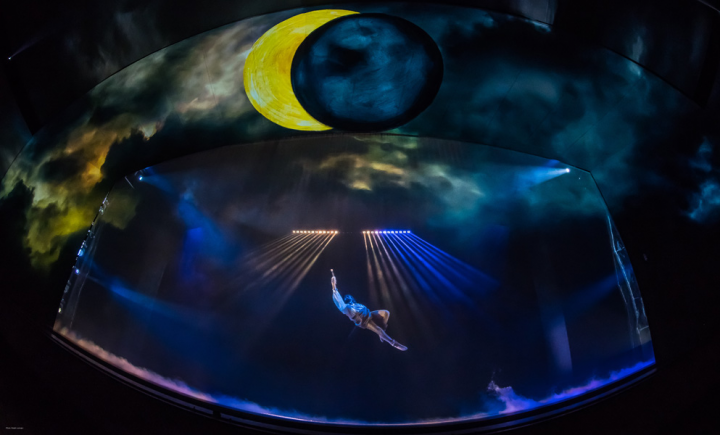 For house /audience illumination of the hall, the Claypaky Odeon Flood from the brand’s architectural range was used.

“We wanted to create a total experience – artistic, emotional and spiritual. Our story about the genesis of a masterpiece has been enhanced into an unforgettable live experience thanks to modern lighting technology from Claypaky and ADB,” concludes creator and co-director of the show, Marco Balich.

Claypaky and ADB are part of the Osram Group, one of the show’s technical partners.

“Guidizio Universale” debuted on the 15 March 2018 and rapid ticket sales have prompted the show’s producers, Artainment Worldwide Shows, to sign multi-year contracts with local and international tour guides. Michelangelo’s voice is played by Pierfrancesco Favino and the show’s soundtrack is written by John Metcalf featuring a theme song arranged and interpreted by Sting.