Guns ‘n’ Roses ‘Not In This Lifetime’ tour continues to steam its way around the world two years after kicking off with an appropriately impressive classic rock lighting and visual design using totally contemporary technology created by Phil Ealy.

Phil’s work with the iconic American hard rockers dates back over 30 years … since they first hit stardom with their debut ‘Appetite for Destruction’ album released in 1987. Ron Schilling is out on the road as lighting director for this one which is the first time that three original members Axl Rose, Slash and Duff McKagan have performed together since 1993! 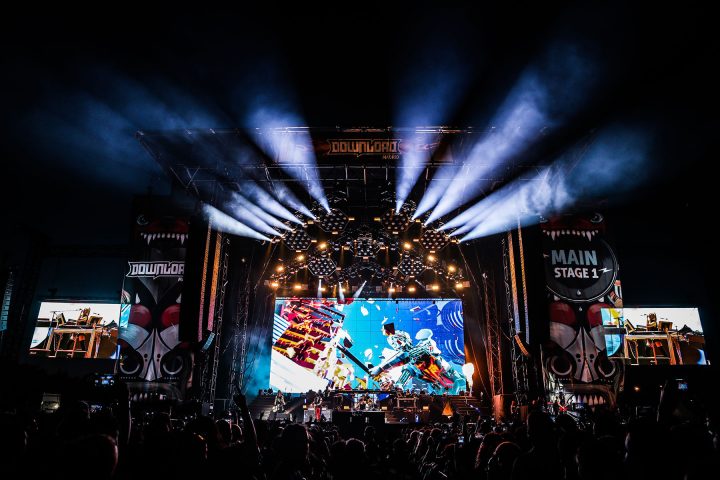 The BMFLs are rigged in the various trusses over the stage. The tour’s ‘universal’ lighting rig also includes 9 custom made lighting pods and a floor package.

The BMFL Spots are generally used to light the stage and the audience in a wide variety of gobos and colors, with the WashBeams being the true workhorses of the rig.

They are programmed into a number of distinctive groups, so they are not all doing the same thing at the same time, which adds “texture, depth and versatility to the show” explained Ron, who thinks Phil and programmer Rob Koenig came up with a neat concept in the way this grouping of luminaires works for the show.

The BMFL Blades are used as primary key lighting for the drummer and keyboardists, where the shutters are perfect for fine-focusing the output.

Upstaging is the touring lighting vendor in the US and Neg Earth in Europe.

The Pointes are owned by West Coast Visuals, Phil’s equipment company, and are part of the universal floor package that travels everywhere that the band are playing, including all the festival gigs where they are using a range of different ‘top’ rigs. The Pointes are used for creating different effects and looks and to accent certain parts of the songs “You Could Be Mine” and “November Rain”.

The style of the set design actually had its roots in the original “Use Your Illusion” tour, a famous snapshot of rock ‘n roll history from 1991 – 93, renowned for many things including being one of the longest ever rock tours!

The GNR band members all felt comfortable with the basic architecture and overall feel of the original set design, so Phil took this as his starting point and brought it up-to-date with the most recent lighting and visuals including the BMFLs and adding video to the set fascias.

Axl Rose, Slash and Duff McKagan all have different managements, so Phil’s initial challenge back in 2016 included getting all three to agree on a viable aesthetic for the tour. Having the experience of working with them for so long however, he has a very good idea of what they do and don’t like!

The tour’s universal lighting rig has been adapted for several legs including the most recent European section, and it has seen a number of permutations in other parts of the world, all in keeping with the same vintage big-rock-show styling.

Ron has been using Robe products for around 10 years now and appreciates the “consistency and dependability” of them holding focus show after show, Ron adds that from a crew chief point of view – for the US legs with Upstaging he also takes on that role – “you don’t have to worry that the lights will need maintenance after a few shows”.

From an operator’s standpoint, when he presses the button – and that’s approximately 3500 times each show – “each time the lights come on I think the BMFL effects look cool!” which says a lot!

He underlines that the output and continuity of the BMFLs are outstanding and he really misses them when they are playing a festival show with a different top rig.

He recalls a previous experience with BMFL Spots on AC/DC in arguably “the worst positions and conditions ever,” out-rigged on top of a StageCo roof structure in half domes for weather protection. The fixtures were strapped to motors and lifted 65 feet to the platform where his tech, Morgan Prine, and a stagehand installed them on the scaffolding. “I bet the factory never tested them for that!” he quipped.

After two years on the road on that tour, they had to work on only two BMFLs which is impressive by any standards, and he adds that Robe’s customer service if you do happen to need it, is “Excellent!”. 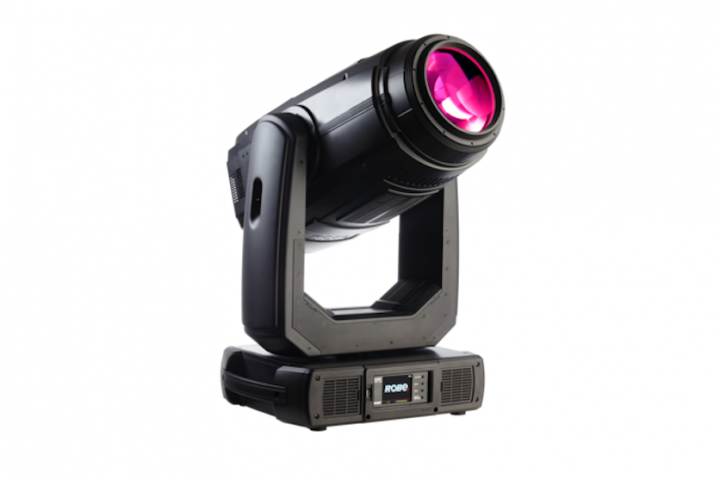 Ron, who has been a professional lighting tech for 25 years, first met Phil and Rob Koenig – programmer and operator for the first leg of ‘Not in This Lifetime’ – in spring 2016 when the tour began, and he was working as crew chief for Upstaging. When Rob returned to Metallica to LD their tour, Ron put his name forward for the GNR operators position. Phil and Rob started teaching him the show, and 100 plus performances later … everyone is still rocking!

A grandMA2 platform is used for lighting control, and their consoles are also part of the universal lighting rig that travels worldwide.

Various combinations of crew from both Neg Earth and Upstaging have been working on different parts of the tour to have technicians familiar with the rig onboard. Joining Ron for the most recent European leg was Steve Shipman, Hayden ‘Gobat’ Corp, Tim Phillips, Tim DeBoissiere and Adam ‘Taff’ Morgan from Neg Earth, plus Fraser MacKeen, Nick Pishghadamian and Greg Gore from Upstaging.

‘Not In This Lifetime’ is currently the fourth largest grossing tour ever, based on Billboard’s Boxscore archives and Phil Ealy describes it as “the gift that keeps on giving”. Dates are scheduled to continue throughout 2018.