The Three Festivals Tall Ships Regatta 2018 saw a magnificent fleet sail from Liverpool to Dublin and then on to Bordeaux. Marking the fifth time Liverpool has hosted a Tall Ships event, extensive celebrations were very much captain’s orders and Stage Sound Services, complete with Green Hippo tech, was on duty to deliver a brace of stunning projection-mapped light shows. 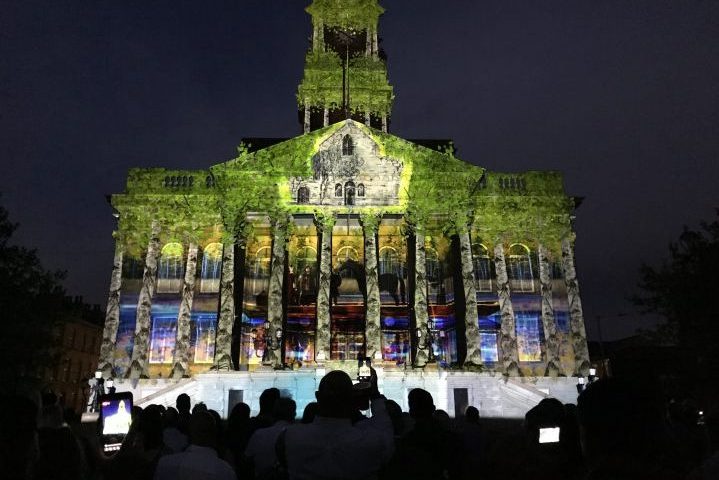 Taking place during late-May Bank Holiday weekend, the two events brought the power of projection mapping to huge audiences. In Birkenhead’s Hamilton Square, the Stage Sound Services team, working with the creative at Illuminos, used a pair of Hippotizer Karst Media Servers to help map a spectacular show – inspired by Birkenhead’s people, places and history – on to the Classically-designed Town Hall.

The same team also put on another supreme example of projection mapping in Liverpool’s Cunard Building- one of the three graces of the world-famous Liverpool’s Mersey Front. Both light shows formed key parts of the weekend’s celebrations, including being promoted as lead attractions; ones around which further activities – such as circus activities and street food offerings – rotated. The message here is that projection mapping is currently a hot ticket and, when it comes to outdoor events, a major ‘draw’. 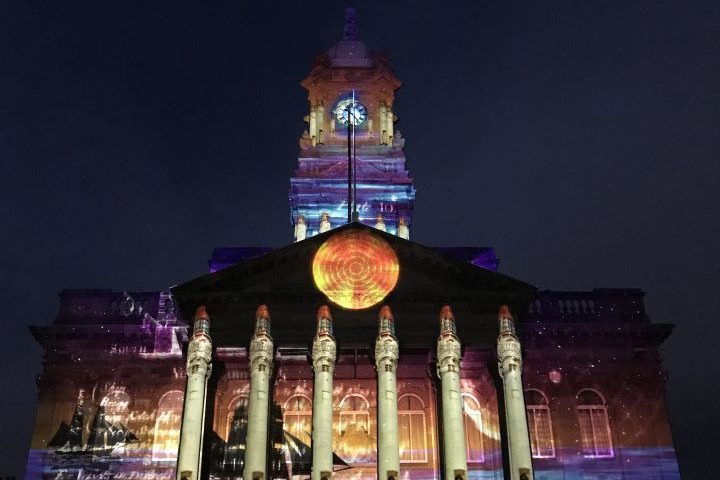 For both events the creative teams used Hippotizer Media Servers to control projections on to the buildings. Hippotizer also played back audio for the Birkenhead event’s sound team, and in Liverpool it chased TimeCode that was sent from sound, syncing the audio with the pyrotechnics. For both shows, the teams used SSS Midi Trigger Boxes to control the timeline in the machines. 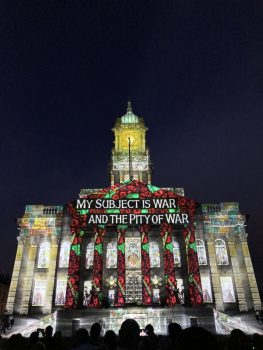 “We chose Hippotizer for a few reasons, primarily the smooth playback the engine provides, especially the frame blending,” said Richard Gilbert of Stage Sound Services. “In many other systems, when tackling such large scale projection including pans across buildings, you see the content jump across. Switch to Hippotizer, though, and it blends each frame together, meaning you get smooth playback where you would otherwise get that jump in content. We also like the visualiser within Hippotizer, as it means we can program a show in the light without the need for expensive multi-views, etc. And the customisable GUI is a real bonus, allowing you to see exactly what you want to see, and remove what you don’t. The support from Ned, Ryan and the rest of the Green Hippo team in London is also great; approachable, knowledgeable and always keen to make sure that the system works for our needs.”