Last winter, Claypaky introduced the new series of Axcor 300 LED moving heads with three versions: Spot, Wash and Beam. The fixtures, designed to meet the needs of the small- medium markets, have reduced dimensions, as well as reduced consumption and cost, making them ideal for touring, events, TV, theater, clubbing and for fixed installations.

With this in mind, we decided to examine the Spot and Beam versions in order to test their functionality and performance, but also to understand if the well-known company (from Bergamo) was able, as they said during the launching, to produce an “affordable” product that maintained a level of high performance. 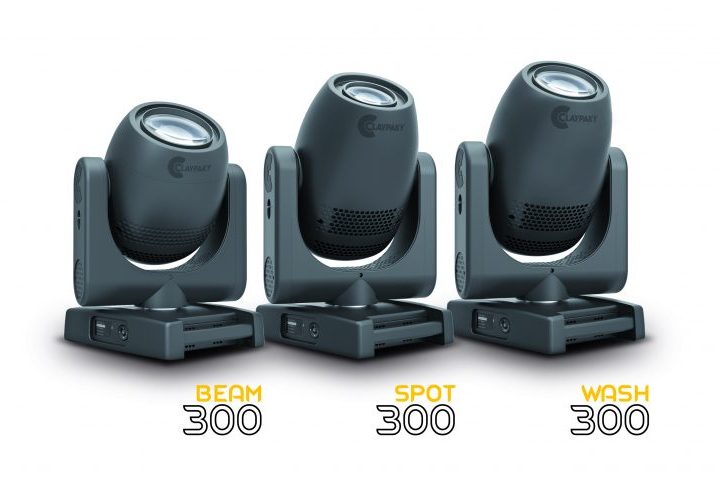 Both fixtures are compact, light and comfortable to handle. The base has a refined and elegant design with a large handle on each side, which facilitates transportation and positioning. On both models there is a backlit LCD display with control panel to the side, which simplifies the setup stages of working with the projector. On the opposite side we have the I/O DMX and PowerCON, as well as an RJ45 port, useful to take full advantage of RDM and other potential connection types. The aluminium core and the plastic shell are certainly two choices that permit both a low cost and a low weight for the products, without affecting, at first glance, the solidity and quality of the product. This should hopefully mean that the product is well-made for intensive use over a substantial period of time.

AXCOR SPOT 300 is equipped with an LED white source, rated at 180W and 7000K. Inside there is a CMY colour mixing system and a 7-slot colour wheel (including the CTO filter), alongside 17 gobos on two wheels. Of these, 6 are rotating dichroic glass gobos. Despite weighing in at just 20 kg and measuring at just over half a meter high, this projector incorporates a large number of features such as rotating prism, motorized iris, “soft edge” filter and linear frost flood, alongside a zoom from 8° – 40 ° – really everything that we could ask for from a spot moving head. AXCOR BEAM 300 is an even more compact fixture when compared to the spot, with only 49 cm in height, a 110W LED white source with a colour temperature of 7000 K, 2° opening zoom, motorised focus, colour wheel with 14 slots and 17 gobos. The features are completed by the 8-sided rotating prism and the 14 or 16-channel DMX, making this the same channel configuration as the Sharpy.

We tested the fixtures at the Golden Butterfly Gala, an annual event dedicated to the Italian National Rhythmic Gymnastics which takes place inside the Pala Banco Desio, head office of the Italian team. The eight fixtures (4 spot and 4 beam) provided by Claypaky for the FocusOn, were integrated by the staff of Walter Taietti, inside a lighting rig composed of more than 200 luminaires, mostly Alpha Profile 1200 and Alpha Beam 300. One initial comparison was more a generational difference than performance based, which was the difference between the Axcor Beam 300 (4 at the centre of the back-wall) and the Alpha Beam 300 (4 projectors on the back-wall). It seems a foregone conclusion, but in a direct comparison between these “eco-friendly” beams, developed years apart from one another, we can see the evolution of the various technologies.

In 10 years, from 2008 (the launch date of Alpha Beam 300) to 2018, we observe a passage from a MSR Gold 300/2 MiniFastFit lamp, associated with an optical group quite innovative at the time, to a 110 W LED combined with an optical group even more high-performing and able to produce the results you can see in the picture below. It’s really quite an amazing development. 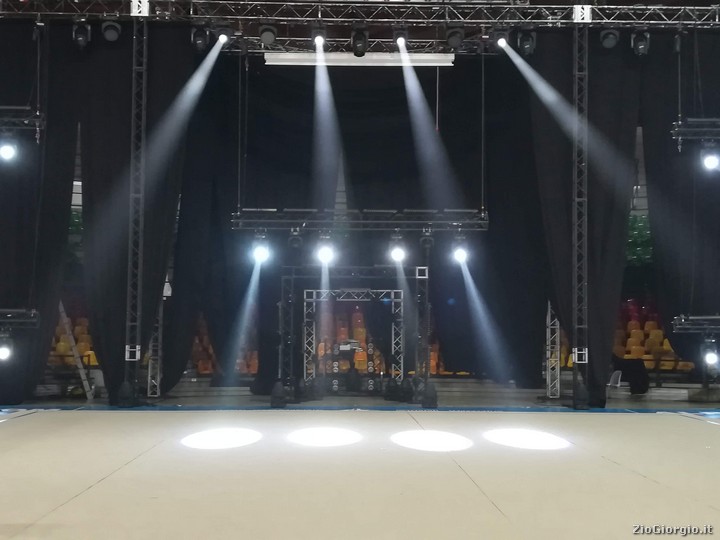 Focussing back on the Axcor Beam 300, during the programming phase I noticed how useful the DMX mode is, which is identical to that of the Sharpy. This means it was not necessary to “discover” the projector, with an almost automatic operation and a drastic reduction of programming time coming from the experience of operating the Sharpy.

The movements are quick and precise and even under stress, with rapid and sudden changes of pan and tilt, the machine never lost its position. We have to keep in mind that we are dealing with a 100W LED fixture, yet the colours were still well defined and the beams in mid-air always visible even inside a large building like that of Desio. 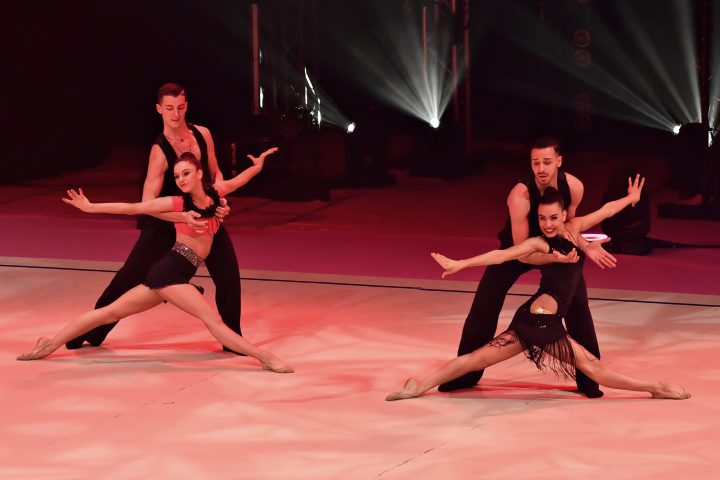 Surprises also arise from the Spot version – despite some initial problems due to the fixture profile and lack of attention during the creation of the library inside the light console.

This is a complete all-in-one fixture, with a series of features that we would never have expected to find in a compact body like this one. The mixing system, two gobos wheels and a well-defined prism, are in fact some of the features that make this spot interesting. Its ability to output a powerful beam, even with gobos and prisms, made this a creative tool. We placed the fixture to the rear of the entrance to the stage, so that by shining onto the back of the artists we were able obtain some interesting and original backlit looks.

With Axcor 300, Claypaky has managed to include in its catalog a series of projectors that have all the credentials to be well-represented in small-medium events. Not only this, but with the affordable price (according to what we’ve been told), it’s certainly a good option for small service and rental companies, with a high quality of the light beam and above all a great design to maintain an excellent relationship between compactness and performance. During the test, it was fascinating to see the comparison between beams produced by the same company over the years, the versatility of both products being brought together to give the possibility to create new possibilities and play with new accents, even in our test whilst having “only” 4 fixtures per model available. We recently saw the Axcor Beam 300 in action again, within the setup of the Giudizi Universali show, at the Auditorium della Conciliazione in Rome, for which we will make a short report. Stay Tuned!