Printworks London opened its doors in 2017, making an immediate impact on the London live events scene – it was swiftly voted into the top 20 of DJ Mag’s Top 100 Clubs and has just claimed ‘Best Club’ status in the 2018 Time Out Love London Awards. The building, once Western Europe’s largest print facility, has been transformed into an extraordinary events location, made up of six spaces spread over 119,200 sq. ft [11,074 sq. m] with over 40,000 sq. ft [3,716 sq. m] of outside space. 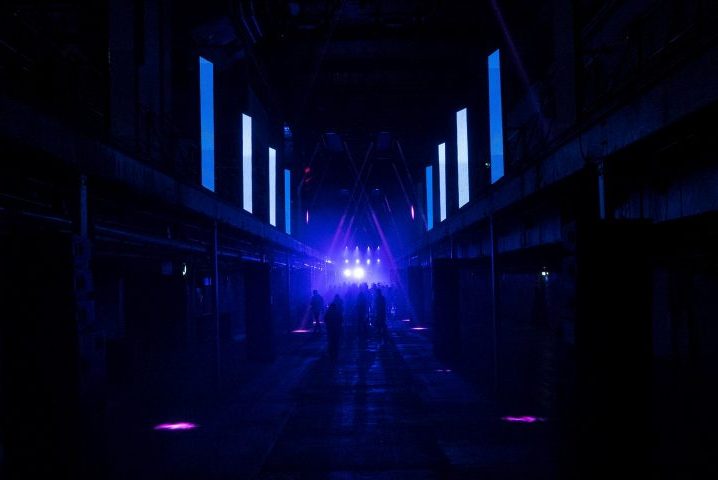 While Printworks London is a home for culture generally, electronic music formed a major part of the venue’s 2017 debut schedule – enabling electronic music events of a scale rarely previously seen in the UK capital. One year on, Printworks continues its love affair with the London electronica scene, dedicating two seasons of 2018 – spring and autumn – to holding multiple electronic events. 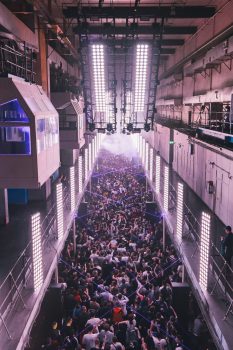 When it opened in 2017, Printworks London made clear its commitment to host world-class electronic music events, with a central part of that promise revolving around delivering supreme lighting, sound and video systems. Testament to this vow is demonstrated by the kit list in the venue’s new 3000-capacity live room. With audio gear comprising an extensive d&b audiotechnik J and V-Series system, sound delivery is sensational. And when it comes to the visual system, Printworks London speed-dialled the UK creative Digital Insanity.

With a portfolio bulging with examples of triumphant creative partnerships with dance events and nights – including the United Kingdom’s biggest weekenders and its globally-recognised superclubs – Digital Insanity was perfectly placed to craft a visual set up worthy of Printworks London and, most importantly, its vast flock of electronic music worshippers.

Digital Insanity immediately allocated controlling responsibilities to a Hippotizer Karst Media Server, complete with the latest version of Hippotizer software. The Printworks control system also counts midi controls and a custom OSC (Open Sound Control) specified by Digital Insanity. The OSC control option is an open-ended network protocol designed to connect musical instruments such as synthesisers together and, thanks to its flexibility, it is a simple way to control Hippotizer from third party devices, such as, and in this case, an Apple iPad.

The Hippotizer Karst controls 17 strips of LED down each side of the room, plus a further eight strips contained in lighting pods. The pods are contained in the venue’s signature Kinesys moving rig technology, a feature reported by DJ Mag as one which has ‘come to define the venue for many’. New LED panels in the electronic space, running content created by Digital Insanity, add even more visual wonder to this awesome space.

“As always I turned to my first choice of servers. Green Hippo gives me the speed and flexibility I need to provide fun and interesting combos of operation for the 11-hour long parties held at this venue.” says Richard Bagshaw, Digital Insanity.

From a disused print works to a venue already engendering borderline religious devotion from all who visit, its brutally, yet beautifully, exposed interiors, Printworks London is a shining example of how today’s leading video and lighting creatives can play a major part of crafting not just an event, but a happening.