As the Barclaycard Presents British Summer Time festival in London’s Hyde Park has continued to grow organically since its inception in 2013, so sound production company, Capital Sound, has deployed an increasing number of its Optocore converters to provide digital signal transmission over optical fibre across the vast site. 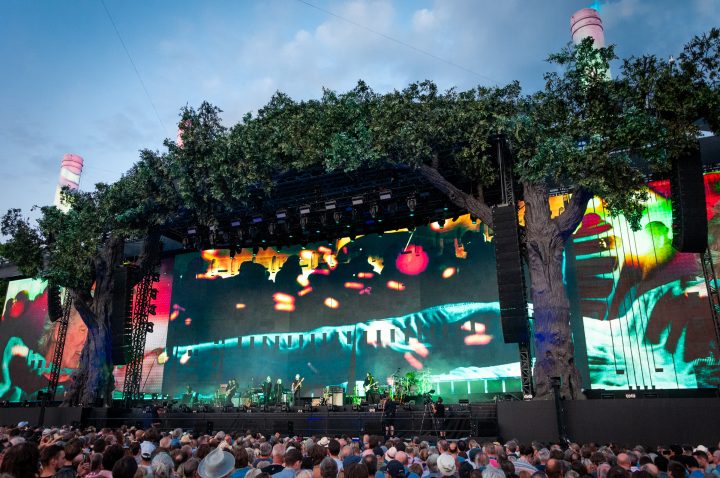 But nothing quite prepared them for the opening day this year when Roger Waters brought his Us + Them tour to the UK for the first time, having already taken his sonic and visual experimentation to breath-taking levels at Desert Trip in 2016, with the biggest surround sound system ever built.

To create maximum impact at Hyde Park, Capital were asked to provide an additional 12 loudspeaker hangs on towers positioned through the concourse for one night only, and this 12-point surround sound set-up, designed to give the audience a truly immersive experience, required Capital Sound’s Robin Conway to design a new Optocore multi-node system based around 21 x X6R-FX-8AE/8MI interfaces and an Optocore DD32R-FX at FOH to accommodate an AES signal distribution. 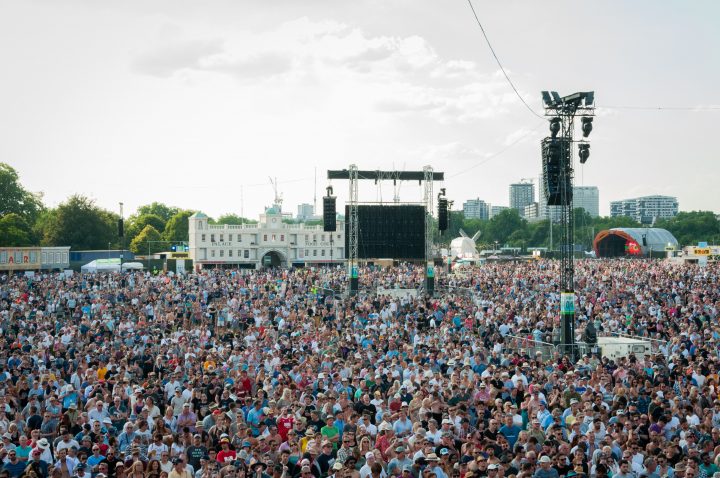 Capital deployed all their own Optocore interfaces with Gilles Bouvard’s GB4D in France supplying additional surround sound units—linked by 24 lengths of multimode fibre across 1km of the site to create the loop—and the DD32R-FX AES interface. The Capital project manager, Robin Conway explained, “I wanted to run the show AES. The feeds onto the network were all AES and the system was clocked from the Dante network. Everything this year was digital and synchronous.”

Reviewing the control set-up, he said, “This was the first time we had run a DD32R-FX at FOH and certainly I have never programmed an optical network of such a size. But Optocore is so good it just runs and runs. Once we had synchronised issues such as fibre speed, sampling rate and had assigned IDs to the various devices, everything just fell into place and worked fantastic.” 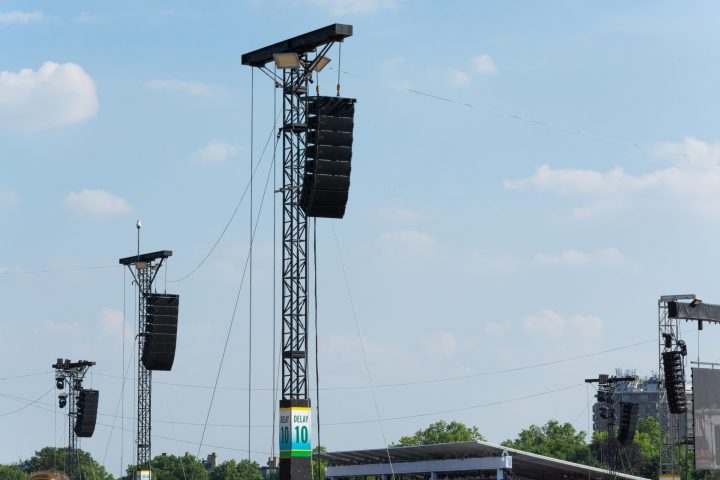 This network architecture has been deployed by Capital Sound on numerous occasions and certainly met the approval of Roger Waters’ sound team.

Said Capital General Manager, Paul Timmins, “We used existing delay masts where possible for the surround sound to minimise the number of additional Optocore nodes we needed to create but still needed to erect a further nine towers, all of which had to come down at the end of the show.”

And Account Manager Martin Connolly, added, “Roger Waters’ sound team—including sound engineer Jon Lemon, system tech Dean Mizzi and Josh Lloyd, who did the set-up with our system tech Toby Donovan, achieved everything they wanted. All have sent us positive emails thanking us.”