Common ground for uncommon people. That’s the ethos of MESH, a curated members’ club with a difference. Founded in September 2016 by Jonathon Meyer and his two business partners, MESH is right at home in the stylised Trumpet building on Johannesburg’s ‘Art Mile’ in the Rosebank district – a hub of art and design in the city. It’s the first venue of its type in Africa and, as well as the chic interior design, outstanding service and top-notch food and drink you’d expect from similar clubs around the world, MESH also offers a place where entrepreneurs can work, connect and collaborate by day, then socialise and network at night. 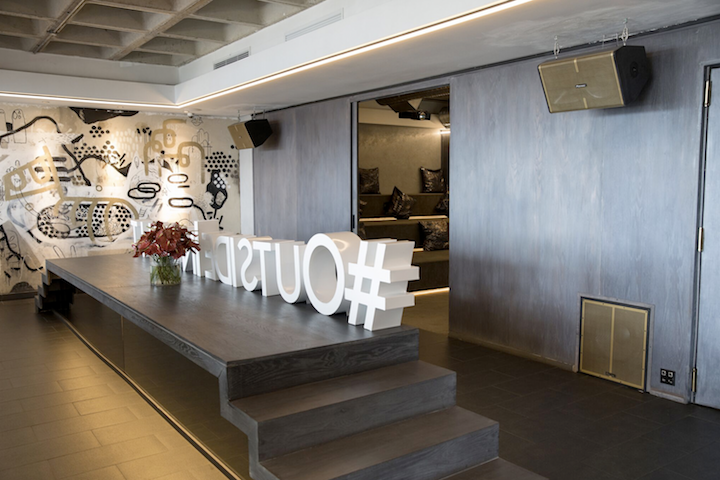 Hosting all kinds of different people and wildly varied events – from art exhibitions and corporate seminars to performances by live bands and DJs – no two days are ever the same at MESH. The club’s interior includes office space, meeting rooms and hot-desking facilities, plus a screening room, lounge, dining area, coffee station and two bars, so members always have a choice of areas to suit their mood. Even the lighting changes throughout the day to reflect the changing pace of activity.

But, despite the incredible attention to detail paid to the beautiful interior design, until recently, background music in the restaurant and events space at MESH was played through a fairly underwhelming system. Plus, any musical acts or performers appearing at the club were required to bring in their own audio gear, often with mixed results. “The sound quality was inconsistent from day to day,” remembers Meyer.

So, when they set about ramping up their music programme, Meyer and his partners knew they needed to create a bespoke sound system worthy of such a unique venue. They wanted a set-up that could deliver crystal-clear audio for all kinds of events in the daytime, as well as powerful music when the volume starts to rise at 4pm – as business begins to blend with social activity. And, aesthetically, it had to fit in with the highly stylised décor, which is designed to complement an art collection featuring works by internationally renowned names including Skullboy, Louis de Villiers and Jane Alexander.

“By having a system like this at MESH, we have the ability to control one of the important elements in our experience. Now, we’re constantly complimented about the sound in the space.” says Jonathon Meyer, Co-Founder of MESH. 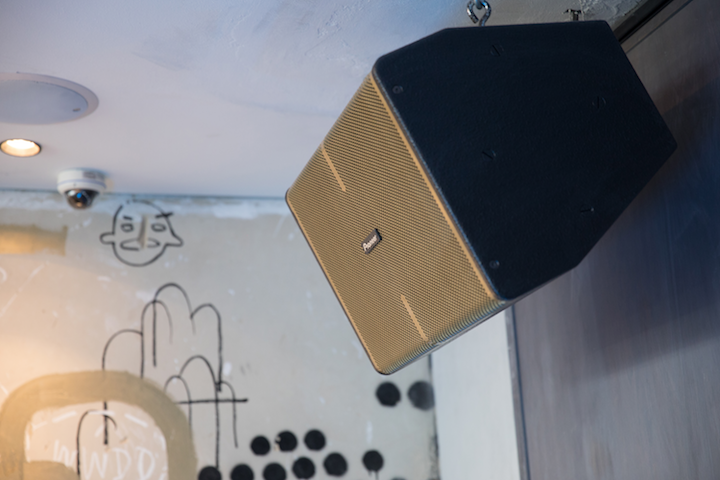 In the search for his new sound system, Meyer turned to Tommy Dervenis, owner of Johannesburg installation company AudioHunny. Dervenis had previously been “blown away” by the performance of Pioneer Pro Audio’s XY-81 8-inch speakers and set up a demo for the MESH founder. “I showed him some speakers from other brands but I was most eager for Jonathon to experience the XY Series. As soon as he saw and heard them, his mind was made up.”

Little more than two days were needed for Dervenis to install the new system in the restaurant and events space at the club. It comprises four XY-122 12-inch two-way loudspeakers, two XY-118S 18-inch bass reflex subwoofers and an XY-101 10-inch two-way loudspeaker for monitoring in the DJ booth. Driven by Lab Gruppens energy-efficient PLM12K-44 amplifiers, the set-up is perfect for all kinds of music.

“The XY Series speakers are voiced flat, so they produce a natural sound you can tailor to any genre of music,” explains Pioneer Pro Audio’s Manager, Alex Barrand, adding: “You know they’ll reproduce the music you play through them without unwanted boosting of certain EQs.”And the versatility of the new system has been a success according to Meyer: “They work perfectly well for live music and DJs. Whatever the genre, it just sounds amazing.”

In the upstairs bar, a small system was created using the XPRS Series high-powered active speakers. “They’re really versatile,” says Dervenis. “They were perfect for the chilledout atmosphere that Jonathon wanted in the bar. There’s a single turntable connected to the system up there and people can choose vinyl and play it themselves. Like a jukebox but with better sound.” 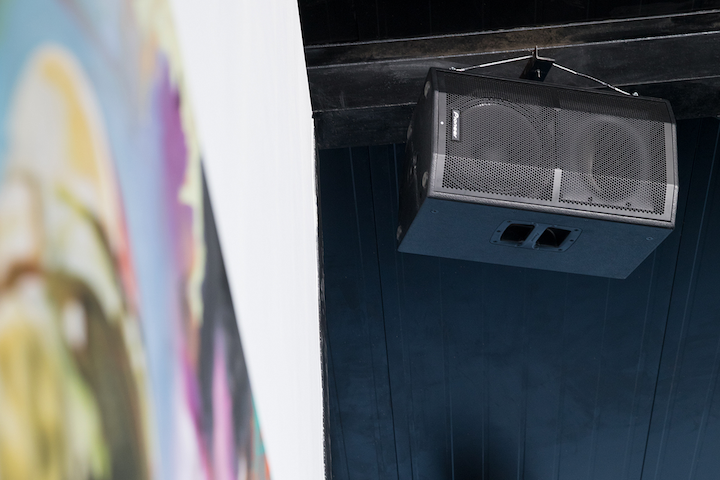 From the moment he first heard the new system, Meyer was enamoured with its capabilities: “It’s the first system I’ve heard that sounds amazing with low-volume background music but, also, when you turn it up and really want to create an atmosphere, the sound quality is so unbelievable you can still have a conversation with someone over a glass of wine.” And AudioHunny’s Dervenis is equally happy with the finished installation: “You can listen to it for a long time without feeling ear fatigue. And it produces a really impressive, warm sound.”

The new system’s also been a hit with performers who visit MESH. “The DJs love it because they don’t normally get to play on a system like this,” explains Meyer. “It’s great for live music too. The other day we had a seven-piece jazz band who just came and plugged in and played, and it sounded fantastic. It was so easy. We get a lot of positive feedback from people who come here, whatever kind of music they play.” As for the appearance of the speakers, Meyer couldn’t be happier. “It’s almost like they were designed for the space. They fit perfectly with the MESH look.” From slick design to warm, natural sound, it seems the first Pioneer Pro Audio installation in Africa has created the perfect blend of style and substance.

“The MD of a local radio station said that the system was one of the best he had ever heard. He travels a lot and has experienced a number of venues” concludes Jonathon.