Eurolite have collaborated with lighting designer Christian Schatz to present the LED Umbrella 140, an affordable basic version of the popular theREALthing#1 effect. This is a design element, which is being used for numerous big international shows, including the upcoming tour of Chris de Burgh. With the Eurolite LED Umbrella, this light effect will be available for productions for a smaller budget. 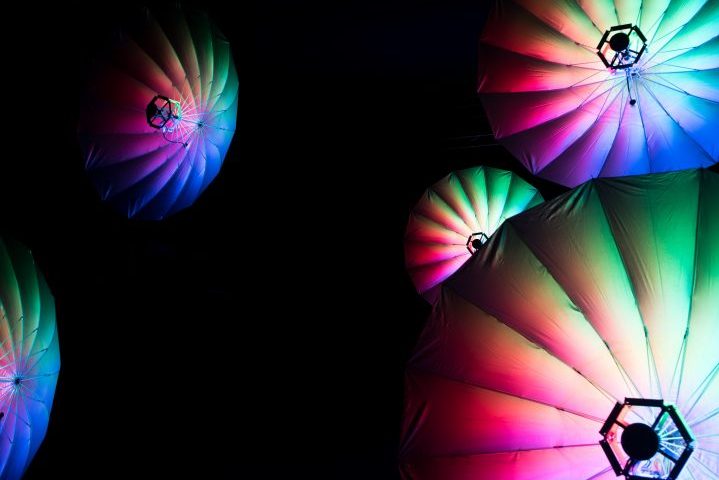 For quite some time, there has been a trend towards wide, extensive light elements in the stage design. The LED Umbrella follows this trend. So what’s special about these umbrellas? They can be set up in no time at all and easily create eye-catching scenery. With a diameter of 140 cm,  a few devices are enough to fill out even big stages or to selectively create accents. Another advantage: They need very little space for transportation, so 6 umbrellas can be transported in a normal car without difficulty.

The design of the umbrella is based on a reflector umbrella, which is used in the field of photography. A hexagonal unit with RGB LEDs makes it a light effect. The unit is inserted at the centre and lights up the umbrella from the inside. This unit also features a small plate, which can also be illuminated, so the audience sees its light. 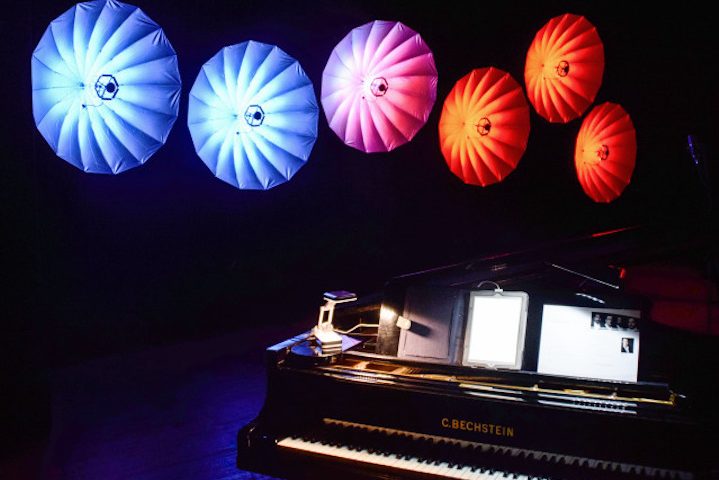 With or without DMX

The umbrella can either be operated in stand alone mode or controlled via DMX. In the 24 channel mode, the inner lighting is divided into six segments, which can be controlled individually. Combined with the central light field, seven segments can so create any desired colour independently from one another. Due to the three dimensional design of the umbrella, countless creative possibilities unfold.

The LED Umbrella originated through a cooperation between Eurolite and the well-respected lighting designer Christian Schatz (klinkertor studios). Together with Eurolite, he developed this umbrella as a basic version of his exclusive original (theREALthing#1, constructed by LichtLogistik LED Support GmbH).