With the festival season fast approaching, Optocore chose the recent Frankfurt Prolight+Sound Show to launch its new Festival Box, which celebrated its world premiere with a well-attended press launch.

Having already proven the versatile fiber based technology in the broadcast industry — marketed through its close technology partner BroaMan — Optocore has responded rapidly to the growing demand from the live sound community for a more elegant and efficient signal transport system. 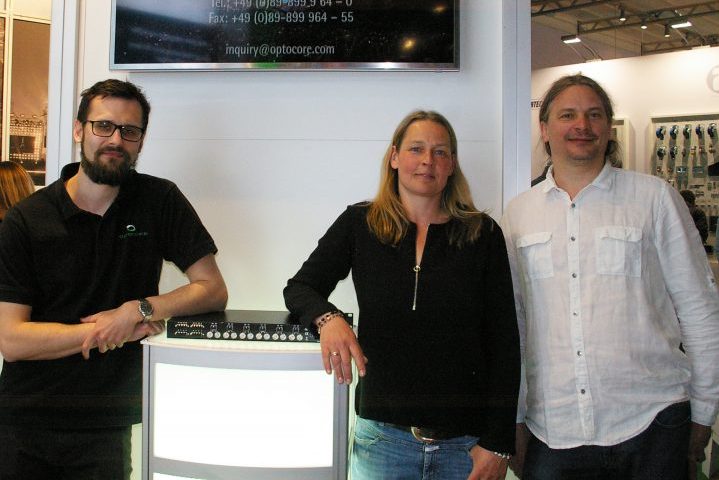 The Festival Box is based on the BroaMan Repeat48WDM media converter, which uses Repeat48-2Fiber modules at its source. This provides several specific models with different conversion options, such as:

The standard SFP modules allow any protocol to tunnel over the same fiber. 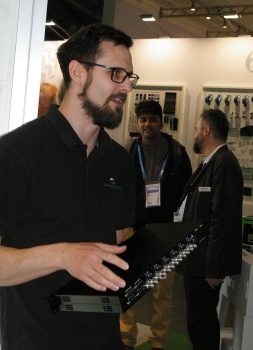 Explaining the design rationale to the assembled press, Optocore Applications Engineering Manager, Maciek Janiszewski, said, “We have called it the Festival Box because it is perfect for festival situations when multiple bands are appearing, each sound engineer bringing different consoles, and running different protocols to the stage box.

“All can now be transported using just a single duplex fiber, thereby saving a tremendous amount of cabling between FOH and Stage.” And because the SFP optical module transceivers are hot-swappable they can simply be exchanged to meet any demand.

In conclusion, Janiszewski summarises the benefits to production companies by saying, “What makes this so perfect for the rental market is that the Festival Box supports all fiber protocols as well as Cat5 Ethernet-based standards or even HDMI – it doesn’t need to ‘know’ the protocol, it will just pass it transparently. The customer can use the SFP flavour of choice to achieve simple connectivity.”